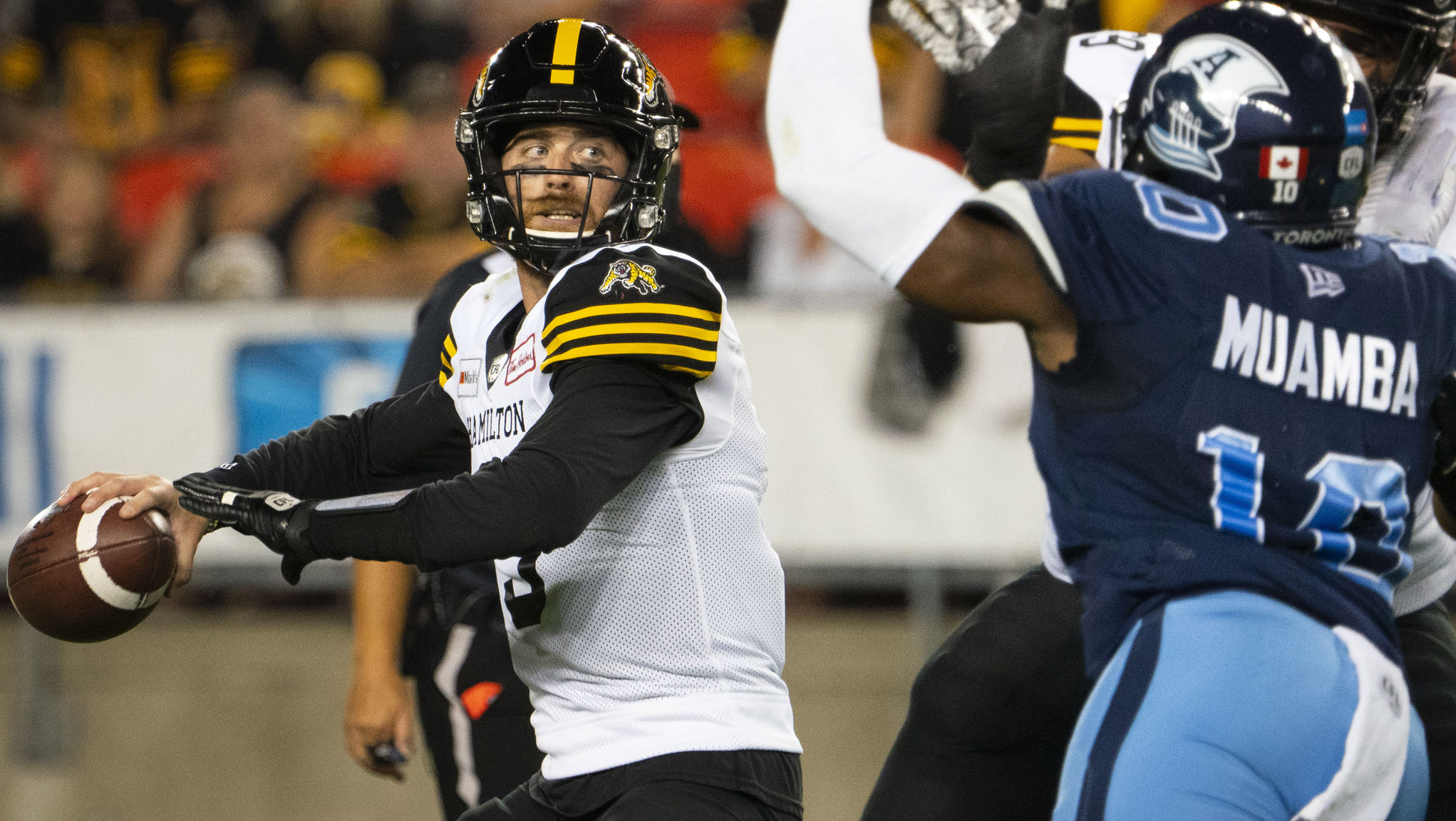 TORONTO — The Hamilton Tiger-Cats are down to their last quarterback, after Dane Evans left Friday night’s game against the Toronto Argonauts with a leg injury.

Evans was tackled by Argos’ d-lineman Shawn Oakman with just over five minutes to play in the fourth quarter. After hitting the turf, Evans immediately reached for his leg and limped off of the field. He took a knee on the sideline and appeared to be in immense pain as a trainer tended to him.

Dane Evans is experiencing a lot of pain on his right side/hip. #Ticats are working on him. David Watford is warming up @TSN_Edge @CFLonTSN

With Jeremiah Masoli out for the second straight game with a rib injury, the Ticats turned to third-stringer David Watford, who signed with the team on Aug. 23, after a prior stint with the team that took him through training camp this year.

Evans finished the night with 192 passing yards, with a touchdown and an interception after making 19 of 27 passes on the night. The Ticats trailed the Argos 17-10 at the time of Evans’ injury.