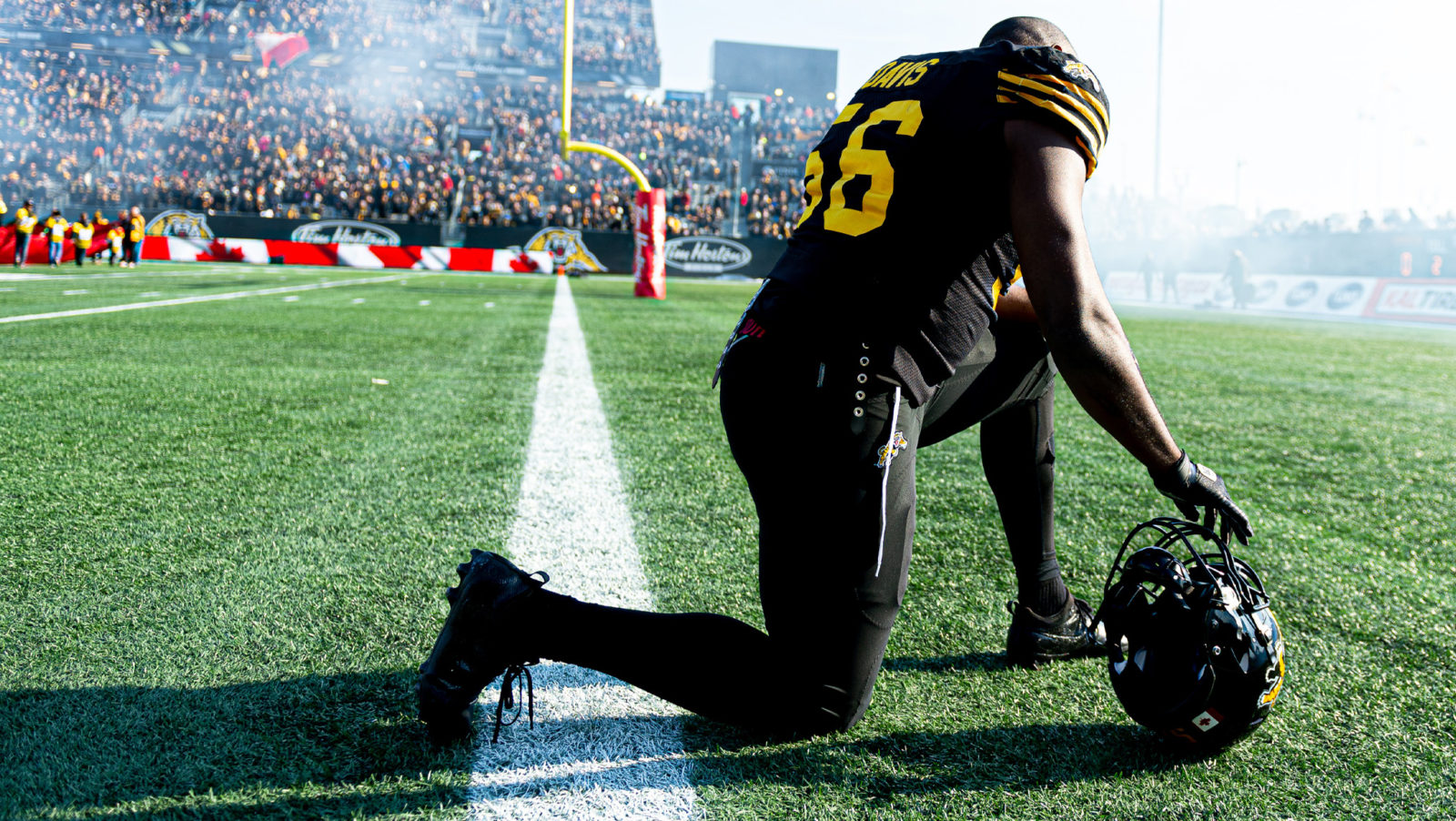 TORONTO — When you watch a game in the Canadian Football League, you’ll see hard hits, blazing speed and generally incredible feats of athleticism by some of the best athletes in the world.

But what does it take to get those players to their peak fitness in order to go through the trials that come along with playing a season of professional football?

On the latest episode of The Waggle presented by Sport Clips, Donnovan Bennett spoke with Matt Nichol, director of player health and performance for the Hamilton Tiger-Cats, about working with the Tabbies and what it takes to get football players into game shape.

Episode 222: What it takes to stay in football shape

EPISODE OVERVIEW: We take a bit of a different course this week as Donnovan speaks with elite athlete trainer Matt Nichol about how players have been staying in football shape during the pandemic.

EPISODE RUNDOWN: What players should be focused on to stay in peak condition (3:50); What does gearing up look like so players can avoid injuries (5:48); On working with Hamilton Tiger-Cats’ Orlondo Steinauer (8:50); Challenges on being a ‘specialist’ in your position (12:30); Why work with the Tiger-Cats? (20:00).

In regular times, Nichol would be working alongside the Ticats’ players and staff to get the team in the best shape possible to perform at their best. However, these are far from regular times.

The sporting world was flipped on its head back in March when the COVID-19 pandemic hit North America hard. professional sports took a leave, and with the CFL in the middle of the off-season, players were forced to get ready for the respective seasons from home.

There have been countless videos of players getting in their workouts over the last few months. Adam Bighill and Lucky Whitehead went head to head, pulling trucks. Trevor Harris also tried his hand at it, effortlessly pulling a fire truck at his local station.

Trevor Harris is not gonna be out done by anyone ??

“So when it comes to training, things aren’t optimal or ideal, but there’s still so many things the players could have been doing. Everyone might not have access to a weight room, but you can always do bodyweight training at home. You may not have access to a CFL field or turf, but you have a road or a field. So I don’t think there’s any excuse for guys to be out of shape, but it definitely has hampered those guys that want to be in optimal condition and be perfect.  There’s shape and then there’s football shape.”

Nichol knows what it takes to get athletes into top form. In the mid-2000s, he spent time as the strength and conditioning coach for the Toronto Maple Leafs. After spending seven years working with the NHL team, he focused his energy on developing a high-performance sports mix drink which has since become BioSteel, one of the most recognizable names in the sports industry.

He joined the Tiger-Cats in 2016 and has been working in his current capacity for the past four years.

“I’ve been working around pro hockey for the past 20 years now, and I’ve kind of become known as a de facto hockey guy, but I’m a football guy at heart and a CFL guy at heart,” Nichol said. “I grew up as a Ticats fan, so it was cool for me to just take the meeting.

“… Basically, we just had a conversation where I was like, ‘I think I know how to get you the results you’re looking for if you’re a little bit open-minded about doing it differently.’ We had to bring in some different staff members and some new staff members, and there have been some bumps along the road, but it’s been a really fun experience.”

Nichol has also seen a change in the ideology when it comes to the coaching staff. Orlondo Steinauer took the reigns as Hamilton’s new head coach ahead of the 2019 campaign, and

From all indications, he and Nichol are a perfect fit, as they’re both thinking about how to make sure that every player is prepared both on and off the field to help the team break their Grey Cup drought.

As for this season, it’s still up in the air. If a 2020 shortened campaign does take place, players would have a short window to make sure they’re in top form for a sprint to the playoffs and the 108th Grey Cup.

It’ll be an intriguing task for Nichol and the remainder of the Ticats’ performance care team to have the players ready to roll from the first game all the way through.

“You need massive amounts of fitness. And it’s the type of fitness that you can’t replicate,” Nichol said. “I’m a big basketball fan. You can’t replicate playing against a Kawhi Leonard, but you can do the things that you need to do on your own. It’s very hard to replicate the intensity of a CFL game on your own. It’s just such an intense sport. You’re either 100 percent of you’re off. There’s no middle ground, so it’s very very difficult.”