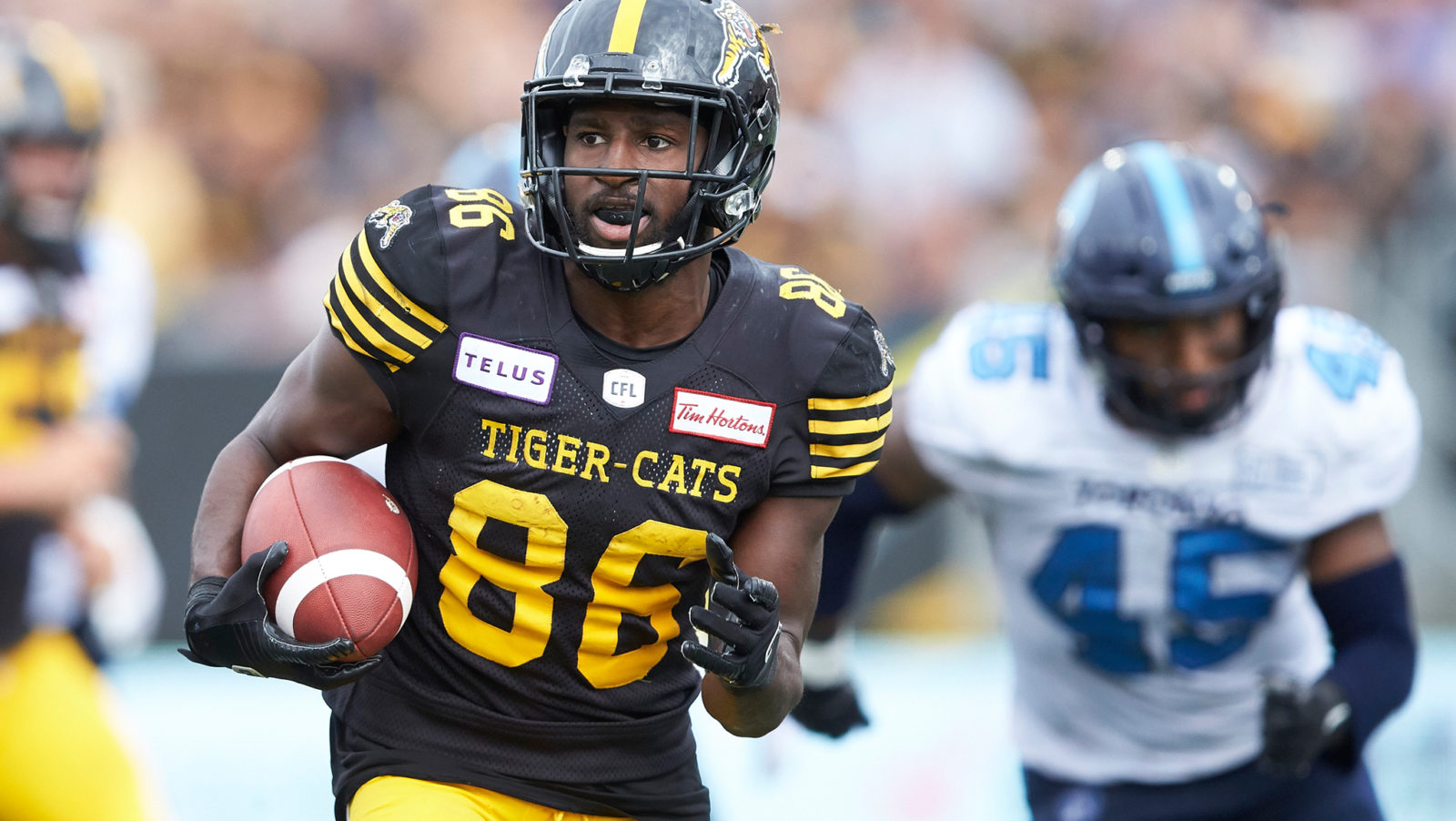 HAMILTON —  The Hamilton Tiger-Cats announced on Tuesday that they have added receiver Bralon Addison to the active roster. He’s missed the first half of the season with an injury.

In two seasons with the Tiger-Cats (2018-19), Addison registered 103 receptions for 1,349 receiving yards and eight receiving touchdowns in 20 games. The five-foot-nine, 197-pound native of Missouri City, Texas also added 36 carries for 218 rushing yards and a rushing touchdown.

The University of Oregon product was originally signed as an undrafted free agent by the Denver Broncos in 2016 before joining the Chicago Bears later that season. He suited up in two NFL games with the Bears, posting one catch for 11 yards and one rushing attempt for four yards.

The team also announced a few more moves on Tuesday including a pair of players being added to the practice roster in National kicker Michael Domagala (from active roster) and American linebacker Corey Thompson (from suspended list).

And finally, it was announced that National FB/TE Jake Burt was added to the six-game injured list and American defensive tackle Jhaustin Thomas was released from the practice roster.

Hamilton is getting ready to host the Montreal Alouettes on Saturday at Tim Hortons Field.