Steven Richardson plans to bring the dominant winning culture from Winnipeg to BC as he will join several other intriguing defensive linemen who have signed with the Lions for 2022. Simply put: it’s time to turn up the Stove.

The mentality to dominate against the opposing team is one of Richardson’s specialties and he’s going to enforce that bulldozing playstyle to help the Lions’ defensive line.

“I hope to bring what I learned from Winnipeg to here and gain that kind of charisma with the rest of the d-line, the ones that are coming in and the ones that are already there,” said Richardson, AKA The Stove.

The 300-pound defensive tackle — perhaps that’s where the Stove nickname originated — signed with the Lions on Feb. 8  in the opening hours of free agency. He was considered by TSN’s Farhan Lalji as the best overall value signing by any squad on that opening day of the frenzy. For Richardson, it was a difficult farewell to the Blue Bombers’ organization, the staff and his teammates. But little did Richardson know that saying goodbye to the fans was the hardest part.

“Before I even signed with the Lions, I sent a little group message of how much I appreciated everybody. It was tough because you feel like you just say it to the teammates, but you don’t realize how many people you get to say thank you to,” Richardson said.

“It was more than the teammates. (There were) the coaches that I had a great relationship with, so it was hard on every level of saying goodbye and thank you to everyone.” 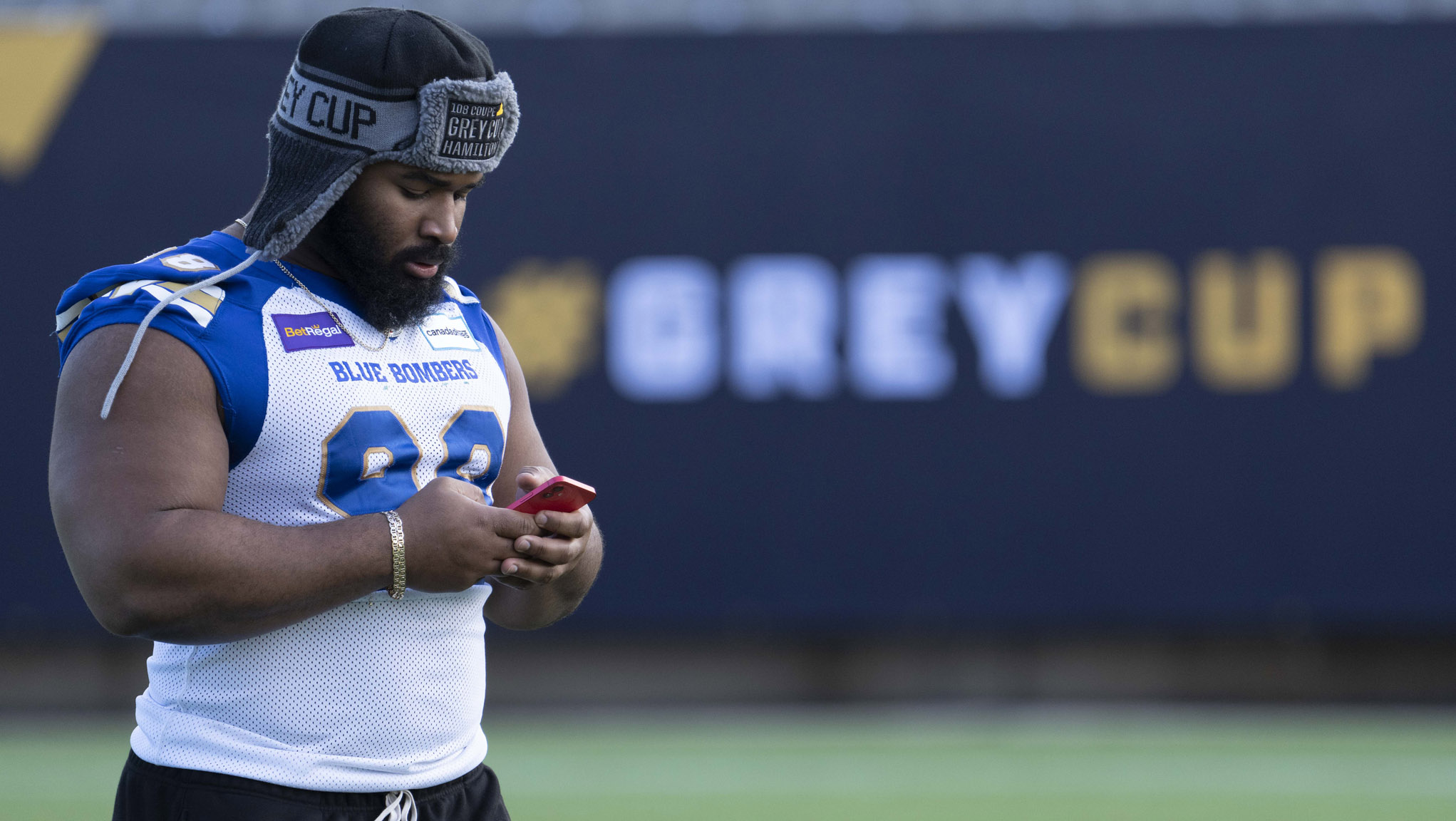 The bond that he created in Winnipeg is something Richardson will cherish for a long time. Winning back-to-back Grey Cups with a group of prominent defensive linemen such as Willie Jefferson, Jackson Jeffcoat, Jake Thomas and more. Now The Stove has set a goal to rebuild the same chemistry with his new teammates.

He joined the Blue Bombers in 2019 after a short stint with the Los Angles Chargers, then established himself as a premium run stopper, where he finished his rookie season in Winnipeg with 25 tackles and two sacks. Then the Blue Bombers walked all over the opposition in 2021. Richardson also kept plowing through the trenches in just seven games, registering 13 defensive stops, four sacks and one forced fumble.

So a new chapter begins for the Chicago native. Richardson chose the west coast because he recalled whenever the Bombers were visiting the Lions, every time he set his feet in Vancouver, he couldn’t help but soak in the beautiful scenery by the waterfront.

“Vancouver is a beautiful city. It has been one of my favourite places to go, not even just to play but (for) the atmosphere,” he said. “Even before the games, I would just walk around or just sit by the waterfront to look at the mountains and ocean. It played a factor in my decision.”

Along with Richardson, the club brought back David Menard, who was drafted by the Lions in 2014 and played 86 games in orange. The team also signed three other defensive linemen: Mathieu Betts, Woody Baron and former Lion, Ivan McLennan.

Betts, the Montreal native, spent two seasons with Edmonton and had a combined 13 tackles and two sacks. Baron played for the Montreal Alouettes from 2018 to 2021 and registered 71 tackles, 11 sacks and one forced fumble. McLennan joined the league in 2017 and spent three seasons in three separate uniforms. The 28-year-old played 18 games for the Lions in 2018, where he registered 16 defensive tackles, nine special team tackles and two sacks. 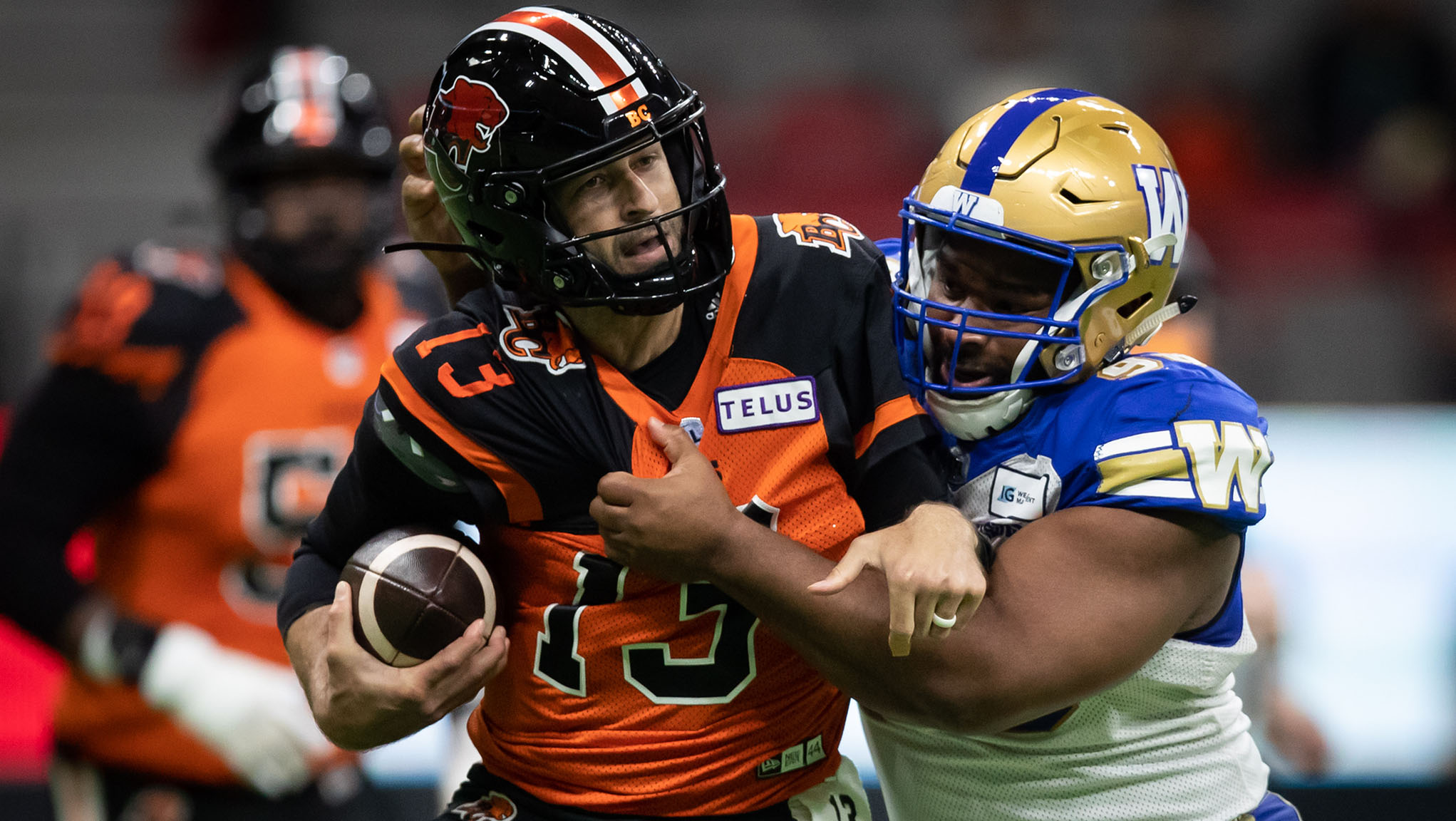 Richardson began to warm up to Vancouver when the Bombers visited BC Place this past season and he got to see the city (Photo: The Canadian Press)

“I know we also have some very good veterans coming in, so once we begin to familiarize ourselves with each other I think we’ll just fall in the right place,” Richardson said.

“I’m on defence so that just rubbed you the wrong way. I want to bring that mentality of shutouts in a dominant defence. When you’re going against our defence, you have to bleed to get into the endzone,” he said.

“I don’t want to be in an offensive shootout where the defence doesn’t even exist. Everybody enjoys that kind of game but if you’re on defence, that’s disturbing. I want our defence to be one of those scary defences like we had in Winnipeg.”

Although Richardson enjoyed two remarkable seasons in Winnipeg, he can’t treat the Blue and Gold like his family anymore. He said he doesn’t like seeing other teams be successful and he will do whatever it takes to help the team earn those shutouts.

“If I see any yardage from a run, that hurts. I play to the whistle every single time, I’m there to stop the run and I’m also going to be there to stop the pass. I see we are bringing some good DBs and linebackers. It just has to be a unit. I hope to bring in some leadership as well,” he said.