I was stunned to see Edmonton trade quarterback Trevor Harris to Montreal on Sunday. That’s despite the difficulties the Elks have endured this season. That’s despite a 26-16 loss to Winnipeg on Friday, a fifth straight for Edmonton. And that’s despite the Elks healthy scratching Harris for that Week 11 game against the Bombers. Maybe I shouldn’t have been surprised, but I still was.

After all, it was right here in this column where I forecasted Harris to be this year’s Most Outstanding Player. I thought it was a solid prediction when taking into account Harris’s 2019 season with Edmonton, the familiarity with his new head coach, and the weapons he had around him. Obviously things didn’t go according to plan…for my prediction or the Elks. 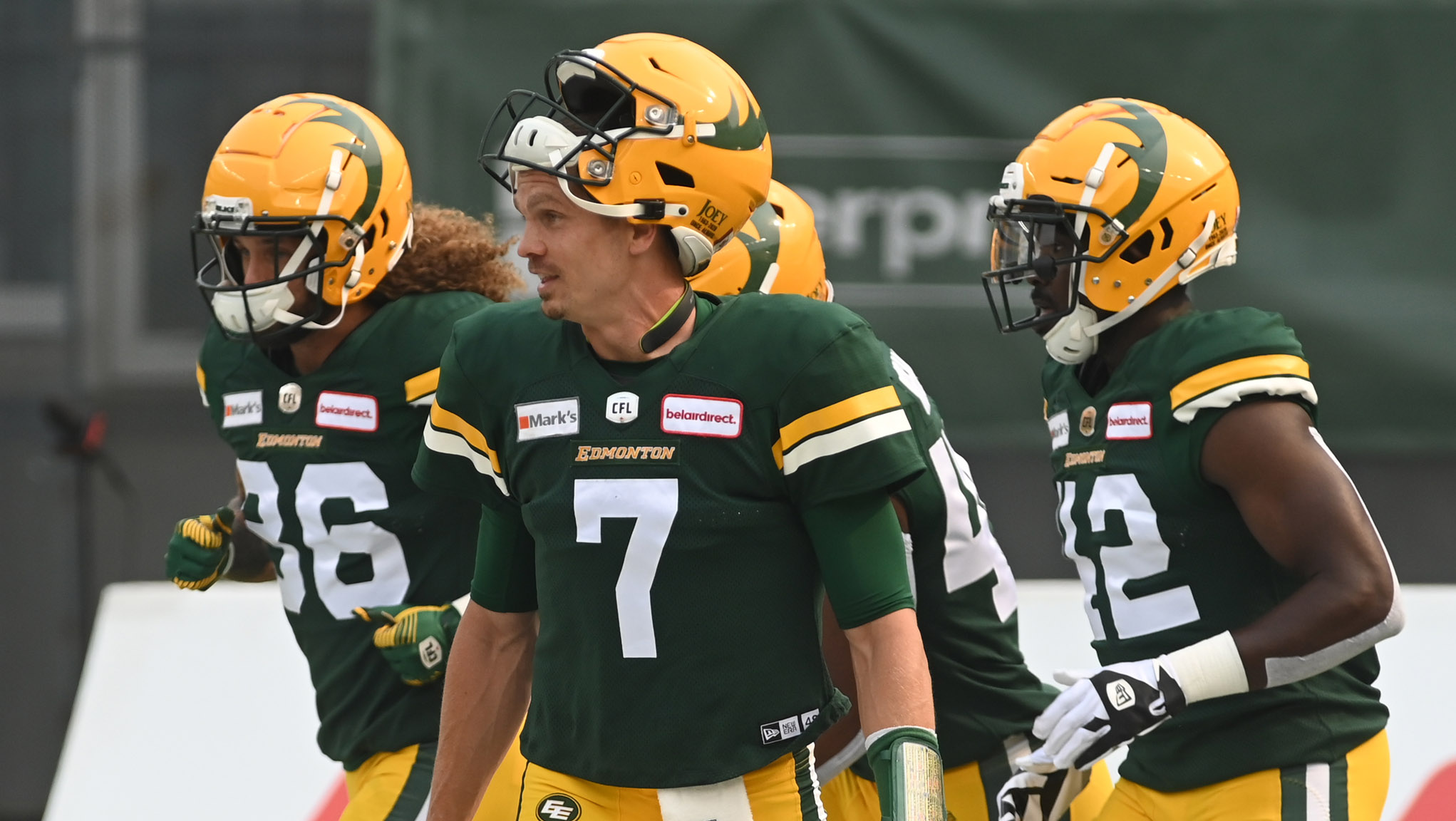 Trevor Harris is now a member of the Montreal Alouettes after being traded on Monday (Walter Tychnowicz/CFL.ca)

Sunday’s trade ended a tenure in Edmonton that was filled with promise and high expectations, but never quite materialized to what it could have been. Harris joined the Elks in 2019 Free Agency and was tasked to fill a significant void left by the departing Michael Reilly. At the time it felt like the best possible move for the Elks if retaining Reilly wasn’t an option. But all along the way, things with Harris and Edmonton kept on narrowly missing the mark.

And it’s not like there were no positives. In fact, there were plenty of things to like about Harris’s time in green and gold, especially going back to the 2019 season. That’s why I’m having trouble wrapping my head around Sunday’s outcome and how things got to this point.

Harris’s tenure in Edmonton started as good as anyone could have imagined. In his first nine starts, for instance, Harris averaged almost 340 passing yards and threw 13 touchdown passes against just two interceptions. In those nine games, the Elks were 6-3 and Harris was very much in the Most Outstanding Player conversation. At the time, I could never have imagined seeing him wearing another team’s colours the following season.

Only a couple weeks later, though, Harris sustained an upper body injury that knocked him out of Edmonton’s next four games. While out of anyone’s control, it was the first instance of things not quite clicking for Harris with the Elks. The injury knocked him out of MOP consideration and put a slight damper on what was a relatively successful first season in Edmonton.

If you remember, Harris threw for 421 yards in a near-perfect playoff outing as the Elks crossed over to win the Eastern Semi-Final in Montreal. After a loss the following week in Hamilton, and before a worldwide pandemic was on our minds, Edmonton’s outlook seemed optimistic entering the off-season.

That’s why, despite a cancelled 2020 campaign, I was feeling bullish on Harris and the Elks offence coming into this year. Long-time favourite target Greg Ellingson was still in the fold, while Edmonton went out and added new weapons in Derel Walker and James Wilder Jr. It seemed like they were ready to take a big step.

I don’t need to go through how things have gone in Edmonton this season, but there have been positive signs even in a tumultuous 2021. Remember that four touchdown, 398-yard outing on Labour Day against Calgary? It was a tantalizing teaser of how what this Elks offence was truly capable of.

Unfortunately, that’s how we’ll likely look back at Harris’s time with the Elks. The potential for great things was always there and was on the cusp of being realized a few times. In the end, though, that potential never quite came to fruition.

What we haven’t mentioned is what this move means for Montreal. They’ve given up a promising, young defensive end in Antonio Simmons to bring in a new quarterback in the midst of a three-game win streak. CFL.ca’s Chris O’Leary gave a really good breakdown from an Alouettes perspective and he’s bang on: this is an all-in move.

And that’s not to suggest the addition of Harris is an indictment on Matthew Shiltz at all. Montreal’s new starter was outstanding stepping in for the injured Vernon Adams Jr. in Week 10 and followed that up with a solid performance one week later in his first start of the season. Harris will likely need time to get up to speed, which means Shiltz should still have some time to shine. He deserves another start.

We have our first West Division playoff flip flop in quite some time thanks to Calgary’s 39-10 win over the Lions on Saturday. That’s three straight wins for the Stamps and, more importantly, it vaults them past BC into third spot in the West. All of a sudden, a once down-and-out Calgary team looks like they’re starting to find their stride.

There was a lot to like for the Stampeders on Saturday, but it was the defence shining brightest once again. Defensive coordinator Brent Monson’s unit is humming and you can make it ten straight games for Calgary with 23 points or fewer allowed. The Stamps frustrated Michael Reilly all night, forcing two interceptions and holding him to just 145 passing yards and no touchdowns. Next up…another showdown with Saskatchewan with a massive standings swing hanging in the balance.

Finally, congratulations to the 9-1 Winnipeg Blue Bombers on being the first team in 2021 to clinch a playoff spot. The defending Grey Cup champions are on another level and need just one more win to clinch the West Division regular season crown. Their first shot at that comes Saturday night when Winnipeg hosts the aforementioned Lions.