I was doing a little prep and research this past week with the 2022 season fast approaching. As I was doing so, I came across my “bold predictions” from last season and found it interesting going over them. It was a good exercise to help get ready for this season, which is now very much around the corner…training camps are just a matter of weeks away.

So for this week’s MMQB, I thought I’d hold myself accountable from last season. Full disclosure: I got the idea from Frank Seravalli covering the NHL at Daily Faceoff, as he did the very same thing early last week. I would say I did an unspectacular, but not embarrassingly bad, job of it when looking back.

We came close on this one, but Winnipeg’s fourth quarter comeback and eventual overtime win spoiled our prediction…but it’s not like this was going out on a limb. Hamilton returned much of the same team that ran away with 2019’s regular season title before falling to the Bombers in the 107th Grey Cup. And it was touch and go for a little bit there before the Tiger-Cats figured it out in the second half of the season.

Hamilton will once again be viewed as a contender heading into 2022. While important players like Jeremiah Masoli, Ja’Gared Davis, and Brandon Banks have moved on, we’re still talking about a team stacked at seemingly every position. Defensively the Ticats have playmakers all over the field, while Dane Evans will have his first chance to be an undisputed starter surrounded by numerous dangerous receivers. Mix in Orlondo Steinauer’s decision to stay on as head coach and Hamilton should be in good shape to take a third run at a Grey Cup. 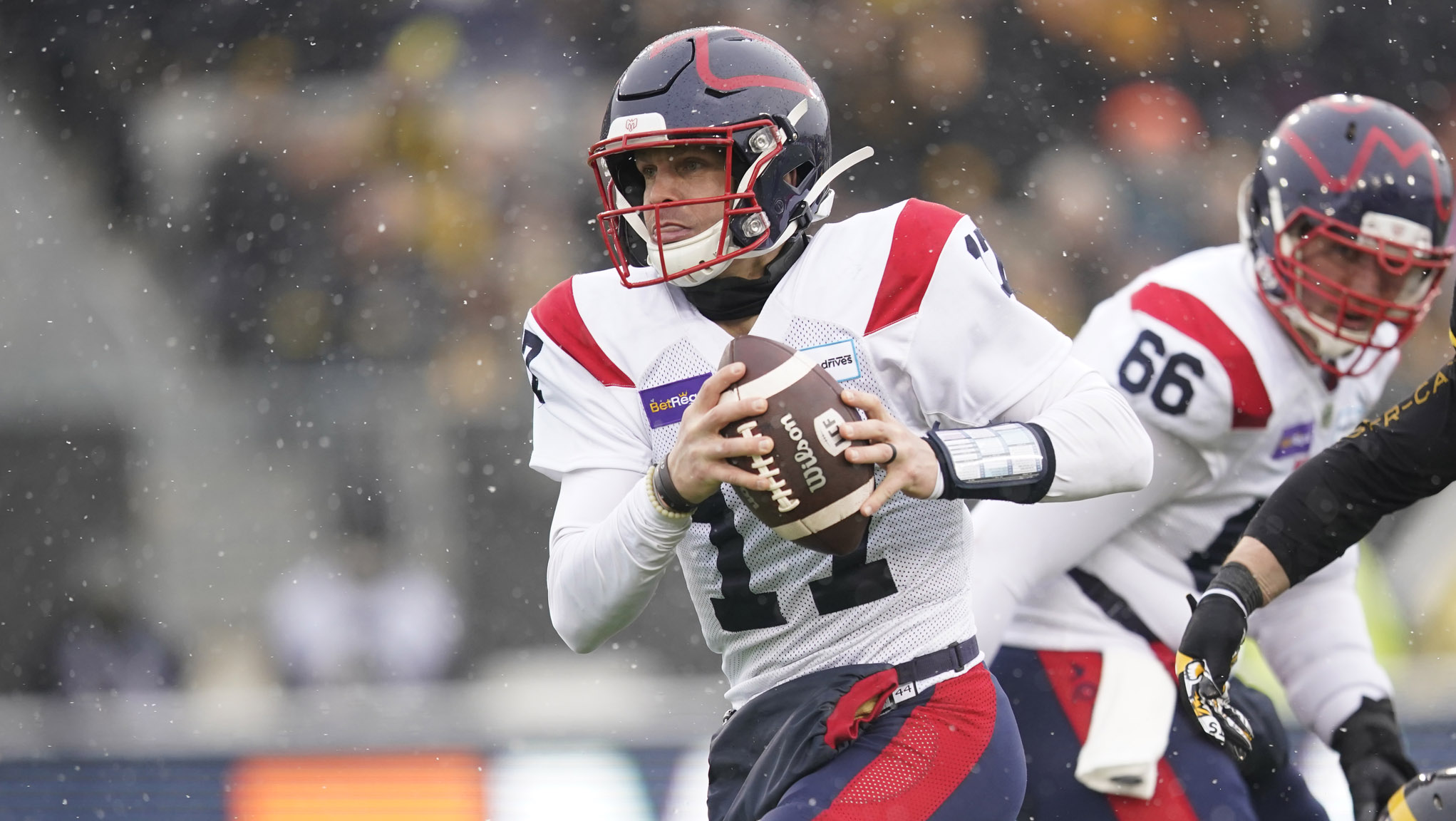 Obviously this one didn’t work out. In fact, Harris didn’t even finish the team he started with, as Edmonton traded him to Montreal in October. I thought my reasoning was solid: the Elks looked as talented as ever, especially on the offensive side of the ball, entering 2021. With Greg Ellingson and Derel Walker at receiver, and James Wilder Jr. in at running back, Harris had all kinds of talent around him. But, for myriad reasons, it just didn’t work out for the Elks last year.

Harris can still play at a high level in this league, which is part of why the Alouettes opted to re-sign him in February. While Vernon Adams Jr. is, and should be, Montreal’s incumbent starter, having Harris in the fold could prove to be important. Harris played well in five games while Adams sat out with injury late last season and he’s a nice option to have if something unforeseen were to happen again. It will also likely push Adams, as a little internal competition can be a good thing in many cases. 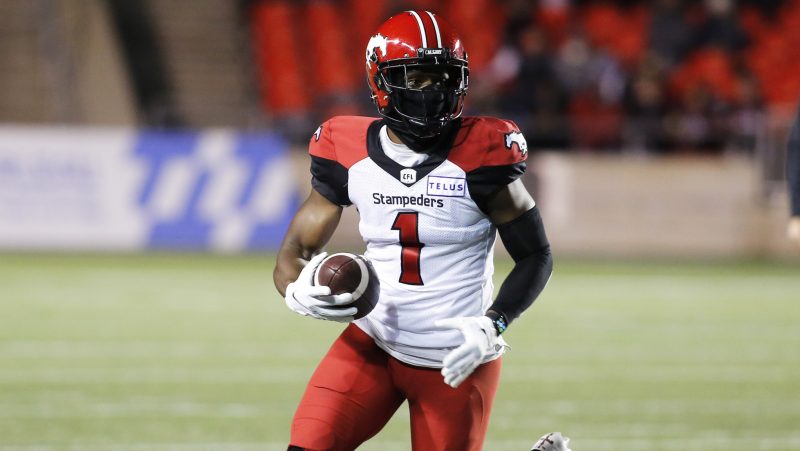 Hergy Mayala spent two seasons with the Stampeders before signing with the Alouettes as a free agent earlier this year (Patrick Doyle/CFL.ca)

Dang I was feeling really good about this one heading into last season. After all, Mayala looked to be an emerging star with Calgary late in 2019. In his final four regular season appearances that year, Mayala went for 406 receiving yards and five touchdowns. Unfortunately, he wasn’t able to keep the momentum going in 2021.

The Stamps had an up and down season in the passing game, as did quarterback Bo Levi Mitchell, thanks in large part to injuries. When it was all said and done, Mayala caught 29 passes for 284 yards and no touchdowns in his second CFL season. In saying that, I’m still optimistic about what Mayala could do in this league, especially with a new team.

Mayala signed with his hometown Alouettes in free agency, joining a talented receiving group that also includes Eugene Lewis, Jake Wieneke, and Quan Bray. Still just 26 years old, I think Mayala has the chance to be a productive Canadian option for what should be a high-octane Montreal offence in 2021.

Even though I didn’t end up hitting this one, I don’t feel too bad about the choice. After being named Most Outstanding Defensive Player in 2019, Jefferson had a great case to be a repeat winner going into last season. And he put together a campaign that could very well have seen him do just that. In 14 regular season games, Jefferson racked up seven sacks, two interceptions, three forced fumbles, and a defensive touchdown. That’s solid stuff!

Unfortunately for my prediction, Jefferson’s teammate Adam Bighill also had an outstanding season in 2021 and brought the award home for the Bombers. I can guarantee you Jefferson didn’t care one bit, though. He and Bighill were huge parts of a second straight Grey Cup championship and are back in the fold to attempt the three-peat this season.

5. William Stanback will lead the CFL in rushing yards

Okay, here’s one I did get, and rather emphatically. With 1,176 yards in just 12 games, Stanback led the league in rushing by almost 300 yards last season. Stanback was incredible in 2021 and saved some of his best work for when the Alouettes needed him the most.

In Montreal’s first three weeks without quarterback Vernon Adams Jr., Stanback went for an insane 389 yards on the ground and a touchdown. That included his 203-yard, one touchdown performance in Week 12 against Toronto. All in all, Stanback finished the year with six outings of 100 yards or more and was named a very deserving East Division Most Outstanding Player. I’m beyond excited to see Stanback over a full 18-game schedule in 2022.