We’ve made it friends! 2020 is officially behind us! While 2021 won’t be without challenges, in the grand scheme and for the CFL, it’s safe to say things are already trending better than last year. We are just over a month from free agency, a few months away from the 2021 CFL Draft, and training camps will be here in no time. With Canadian football no longer beyond the horizon, here are some New Year’s resolutions for all nine teams. 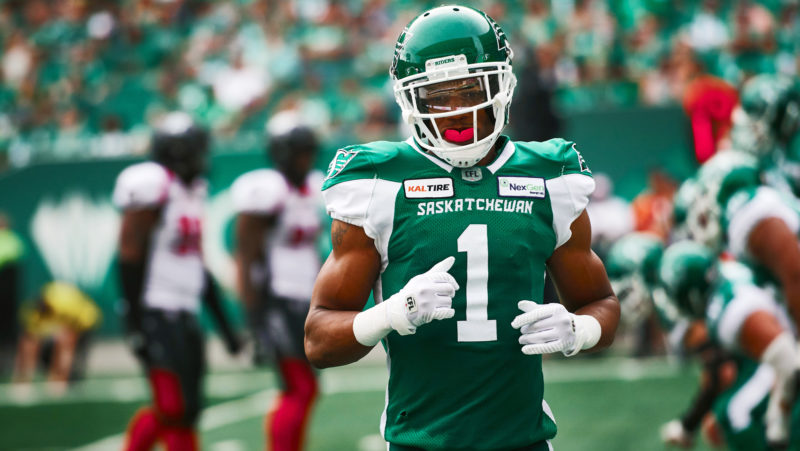 Receiver Shaq Evan gave fans in Regina an early present when he signed back with the Roughriders on Christmas Eve. Evans looks ready to explode coming off a career 2019 season where he was named a league All-Star for the first time. With 1,334 yards last year, Evans finished fourth among CFL receivers and the potential for more is staring us square in the face.

No one did more with his touches in 2019 than Evans. While he finished top four in yardage, his 108 targets ranked 14th overall. Imagine if that total was closer to the neighbourhood of Brandon Banks (158), Bryan Burnham (146), and Reggie Begelton (144). That trio led the league in targets and receptions, which also translated to top three in yardage. Think where Evans could be if he was also top four in targets. Evans and quarterback Cody Fajardo found their groove in the second half of last season, so watch out.

I’m not sure how things are going to shake down at quarterback in Hamilton this season. We know Dane Evans is under contract after leading the Tiger-Cats to the Grey Cup in 2019. Evans took over for Jeremiah Masoli in Week 7 after the latter sustained a season-ending knee injury. As of right now, however, Masoli isn’t under contract. That said, knowing Hamilton signed him ahead of the 2020 season, it wouldn’t be a surprise to see Masoli back.

Whatever happens, though, I hope it goes forward without a ton of friction. This Ticats team has the potential to be one of the league’s most explosive once again, regardless if it’s Evans or Masoli at the helm. Reigning Most Outstanding Player Brandon Banks is back in the fold. Fellow receivers Bralon Addison and Jaelon Acklin are back, too. If all goes according to plan, this could be another fun year in Hamilton. A quarterback controversy likely isn’t part of that plan, though.

We still have more than a month until pending free agents hit the market, so there’s definitely no need to panic. But as it stands right now, general manager Kyle Walters has plenty to address prior to free agency opening February 9th. The Bombers have numerous regulars from their Grey Cup winning team with expiring contracts, and that group is led by a trio of perennial All-Stars: Andrew Harris, Stanley Bryant, and Justin Medlock.

Bryant said it was a “no brainer” to return to Winnipeg when he signed back there 12 months ago. Harris was the league’s best running back in 2019 and capped it off with Grey Cup Most Valuable Player and Most Valuable Canadian awards. Medlock finally got that championship after being the league’s standard of excellence for the better part of a decade. There’s a decent chance all three are back this season, but it’s still a pretty impressive power trio to have unsigned.

2021 will be the first full year (on the field, anyway) for new general manager Pinball Clemons, who took over the Argos late in 2019. Pinball has made significant changes, both visibly on the field and behind the scenes. It’s an exciting time to be a fan in Toronto, but at the same time, set the expectations at a fair level for the coming year.

Despite signing with in Toronto almost one year ago, Matt Nichols still awaits his first start as an Argo (Argonauts.ca)

This is going to be a big time transition season for the Argonauts. They have a first time head coach in Ryan Dinwiddie. It’ll be year one on a new team for quarterback Matt Nichols after five seasons in Winnipeg. There are a number of new faces on both sides of the ball. It might take a little longer for Toronto to get into a groove, but it sure does feel like they’re on the right track. To be in the playoff mix until the very end feels like a fair ask in 2021.

The Stampeders were the gold standard of consistency over the last decade. Between 2010 and 2019, Calgary appeared in five Grey Cup games, won twice, and finished first in the West Division six different times. And yet, despite having many familiar faces back for 2021, the coming season feels like a chance for a fresh slate and a new beginning for the Stamps.

Quarterback Bo Levi Mitchell will be fully healthy after having shoulder surgery more than a year ago. The team’s streak of appearing in the Western Final was snapped at seven in 2019. The defensive backfield has been completely reworked and there are some interesting questions to be answered at running back. All Calgary did was win during the 2010’s, and I’m curious to see if a new chapter starting this year returns similar results.

After four difficult seasons, the Als returned to the playoffs in 2019 after putting together an impressive 10-8 campaign. In fact, it was Montreal’s first time above .500 in seven years. It was no fluke, either. The Alouettes returned to relevance with an exciting offence, a defence that didn’t get enough credit early on, and a coach who thrived once given an opportunity, whether it was under ideal circumstances or not.

The key in 2021 is to just keep riding that momentum. Vernon Adams Jr. is back at quarterback after initially opting out to test things south of the border. William Stanback returns at running back after a stint with the Las Vegas Raiders; he was an absolute wrecking ball in 2019. Important pieces Eugene Lewis, Tony Washington, and Naaman Roosevelt all signed extensions in free agency. And head coach Khari Jones is the guy to bring it all together.

BC Lions: A seamless transition

Since the last time the Lions were on the field, a lot has changed. DeVone Claybrooks was fired as head coach after just one season following a 5-13 finish. General manager Ed Hervey stepped down in October. And now a new regime is at the helm for a coming season that has lots of promise, much like 2019 did.

Rick Campbell was hired 13 months ago and looks to have instant success in his second CFL head coaching job. Campbell will also serve alongside Neil McEvoy as co-general manager with Hervey’s departure. The first order of business was squaring away things with quarterback Mike Reilly, which is now all figured out. BC has also started tackling free agents and has already signed receiver Dominique Rhymes to an extension, with some other big names still to go. Here’s to a smooth transition for the Lions, because 2021 feels like a promising year.

Things couldn’t have gone much worse for Ottawa in 2019. After starting the season 2-0, the REDBLACKS lost 15 of their final 16 and finished the year on an 11-game losing skid. The team couldn’t get consistent play at quarterback. Running backs couldn’t stay healthy. And things started to unravel on a group that had appeared in the Grey Cup three of the prior four years. To top it all off, head coach Rick Campbell stepped down and left for BC. 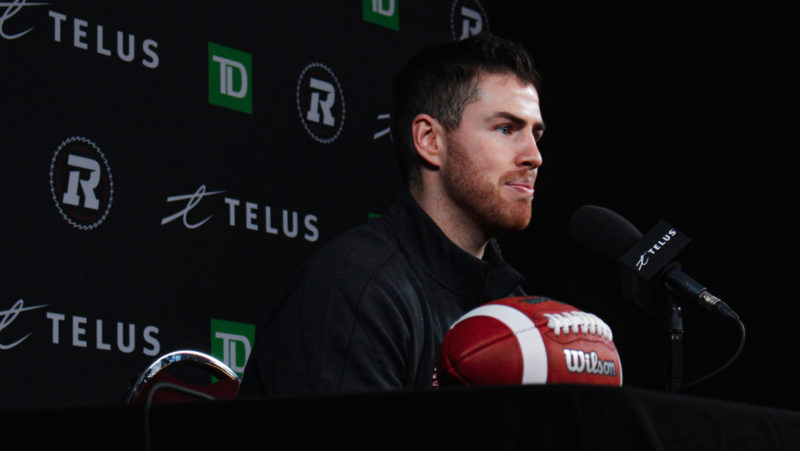 Nick Arbuckle will look to lead the REDBLACKS to a better record than the team’s 3-15 2019 campaign (OttawaREDBLACKS.com)

Yeah, last season was a nightmare in Ottawa. But things really are looking up. The REDBLACKS landed quarterback Nick Arbuckle, one of last off-season’s prized targets. Paul LaPolice is fired up and ready for his second opportunity as a CFL head coach more than eight years later. That 3-15 year is the worst one fans in Ottawa have had to suffer through, which means 2021 is all about laying the foundation for a return to prominence. I think they have the right cornerstones in place.

Scott Milanovich is looking for history to repeat itself. Edmonton’s new head coach takes over following a largely disappointing 2019, where the team qualified for the playoffs as an 8-10 crossover. Despite a win over Montreal in the Eastern Semi-Final, Edmonton was no match for Hamilton and were dispatched decisively a week later. But Milanovich is no stranger to quick turnarounds.

Milanovich’s first head coaching gig saw him take a 6-12 Toronto team the year before all the way to the 100th Grey Cup in his first year on the sidelines. It was no flash in the pan, either: the Argos had three wining seasons in Milanovich’s five-year tenure as head coach. There’s no question expectations will be high in Edmonton in 2021, but the same was true for Milanovich in year one with Toronto in 2012. After all, that also happened to be Ricky Ray’s first season in double blue.