The penultimate week of the 2021 CFL season arrives with four aspiring dreams that will only be realized for two.

Finals Sunday will be emphasized by the running backs, especially for fantasy users that could get the return of Winnipeg’s Andrew Harris ($8,075) and the potential heavy workload from Saskatchewan’s durable William Powell ($7,703). Hamilton’s Don Jackson ($7,792) could be in a position to reward both the Tiger-Cats and fantasy users, while someone among Toronto’s grab bag of backs has a chance to rise.

Don’t ignore the receivers. The stage is set for someone to emerge as the next Finals legend who may be assured of never having to buy dinner at his home team’s locale ever again.

PLAY CFL FANTASY
» Set your lineup for the divisional Semi-Finals
» CFL Fantasy: The big winner(s) from the divisional semis
» Ten players to watch in the Division Finals

Remember him? Rogers had 25 catches for 346 yards and a then-team-best three receiving majors before a hamstring injury led to a stint on the six-game injured list. Rogers has returned to the lineup and will likely start on Sunday in what feels like the climactic moment of a heartwarming story.

Rogers had at least 10 fantasy points in four games, including a 19.7 FP performance against Saskatchewan in Week 7, his last game before being sidelined. His return will be a massive boon for East Division All-Star pivot McLeod Bethel-Thompson ($8,830), whose value will be increased by the presence of Rogers. It will also raise the value of East Division All-Star receiver Kurleigh Gittens, Jr. ($6,949), along with the overall potential of an Argos’ passing game that is a mere seventh in average gain per pass (7.4) and big-play capability (seventh in completions of better than 30 yards).

A healthy Rogers who can be targeted at least 8-10 times translates to solid fantasy production, along with enhancing Toronto’s bid to return to the Grey Cup for the first time since winning it all in 2017.

Ugh. This is a tough one to call, yet the reality is that Masoli did not rise to the occasion in two regular-season games against the Argonauts. Yes, Masoli tagged Toronto’s defence with a combined 687 passing yards, but the memory of how the Argos’ locked him up in a Week 15 win over the Ticats lingers.

With a chance to put themselves in a position to win the East Division title, Masoli completed just 22 of 40 passes. Despite passing for 326 yards, he failed to throw for a major while being intercepted twice in that 31-12 loss. Ouch.

Hamilton has just one win against Toronto this season. Stopping Masoli is priority No. 1 for the Argos’ D. If the Ticats have a chance to play for it all in front of their home fans, the bet is that Don Jackson and the Hamilton ground game will have more fantasy potential than rolling the dice on Masoli and the air attack. 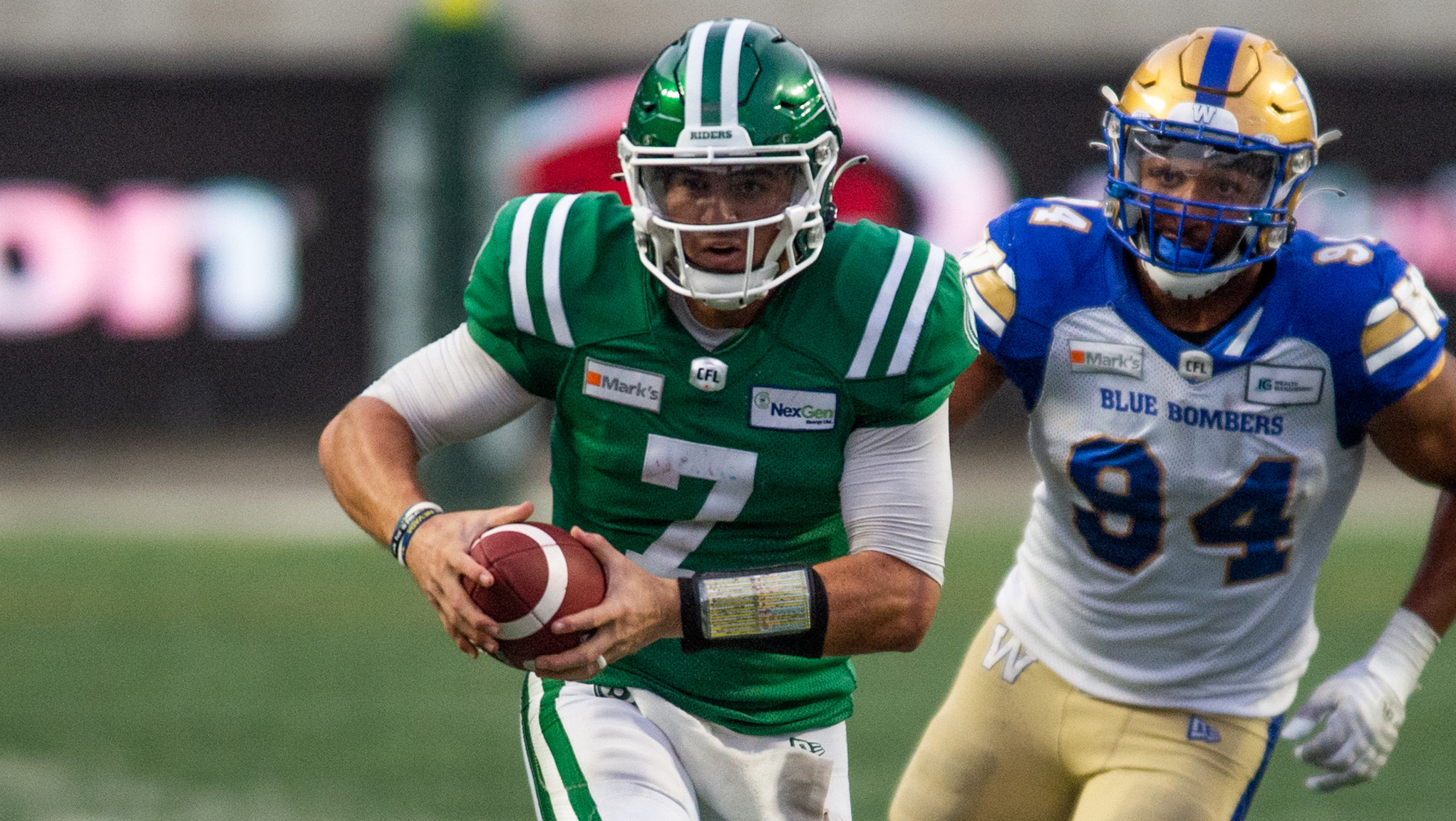 Like just about every quarterback in the league this season, Cody Fajardo hit a wall when he went up against the Bombers’ defence (Matt Smith/CFL.ca)

Not only would fantasy users save money by playing Demski, they also get one of the league’s best open-field threats. Demski was second only to BC’s Lucky Whitehead with 351 yards after the catch, which accounted for 54 per cent of his 654 receiving yards. While he may not offer the deep threat potential of Lawler or fellow teammate Darvin Adams ($5,645), Demski can bring havoc to Saskatchewan’s league-worst pass defence (273.6 yards per game) by finding the holes in the middle of the Riders’ secondary.

Oh, yeah: Demski will also be a nice prop bet when it comes to running, as the Blue Bombers will utilize him on jet sweeps. Demski rushed for 87 yards and a touchdown on his 13 carries. Saskatchewan cannot afford to get too focused on the running threat of Andrew Harris and lock in on Lawler. Doing one or both means Demski could be in for a big day.

Fajardo earned nearly five times as many fantasy points on the ground (14.9) than he did in the air (3.6) in last week’s double OT thriller against Calgary. Then again, throwing four interceptions and managing just 189 passing yards will do that.

Winnipeg’s defence is more than just kryptonite to Fajardo; instead, it feels more like Doomsday when looking at his numbers against the Blue Bombers in the two regular-season games they faced off. Fajardo completed 34 of 56 passes for 380 yards and four interceptions versus Winnipeg this season. Touchdowns, you ask? Nope. Fajardo did not throw majors against the Bombers, who also held his running in check, limiting him to 58 yards on eight carries (and no rushing majors).

Perhaps Fajardo can put this trend on its ear and allow the running of William Powell and the return skills of Jamal Morrow ($3,787) to loosen up Winnipeg’s vaunted defence. However, it’s not a bet worth taking.