Issues that define the world we live in have deprived us of Thursday’s Elks-Argos matchup. However, Week 4 of the CFL regular season will give us games on Friday, Saturday and Sunday, allowing Fantasy users to benefit from — as Week 3 indicated — the expected rise in scoring.

Focusing on a pivot will present a challenge with Cody Fajardo and the Roughriders taking the week off. Each of this week’s games have play at the position as an underlying factor and with a shortened regular-season, now would be a good time for the likes of Hamilton, Ottawa, and BC to begin getting quality production from their respective passers. This week feels like a make-or-break at quarterback. Fantasy users might be surprised as to which passer may have the most value going into Week 4.

The scary part about Stanback is that he’s yet to become a factor in the Montreal passing game,
as he has not recorded a reception in his first two games. That’s unusual, considering Stanback had 58 receptions and averaged 11.1 yards per catch in his first two years in the league. It’s bad enough the Tiger-Cats’ defence must contend with the CFL’s second-leading rusher that shares the league lead with two runs of better than 20 yards, but heaven forbid if Vernon Adams, Jr. ($11,282) begins to implement Stanback into the passing game.

Stanback has a modest total of 25.4 fantasy points in his first two games and comes into Friday evening
facing a Hamilton run defence that has allowed a league-worst 158 rushing yards per game and 6.2 yards per carry. Everything points toward a huge performance from Stanback, one in which he just might eclipse his total number of fantasy points by the time the lights go bright in Montreal.

Until proven otherwise, do you want to be a fantasy user investing more than 1/3 of your $40,000 salary on 13 catches for 107 yards and no touchdowns? Banks is going to break out (right? Right?) sooner or later, but unless Speedy B perfects the art of throwing passes to himself, his value is going to feel like impending doom so long as Jeremiah Masoli ($10,398) continues to struggle to the point where the Ticats will have a full-blown controversy at pivot should they again break glass and use Dane Evans ($9,393) in case of emergency.

Banks should have some good news on Friday in the form of Bralon Addison ($10,132), who has missed the first two games. Sometimes it’s better to be safe than sorry, which describes how Fantasy users
should look at Banks this week. 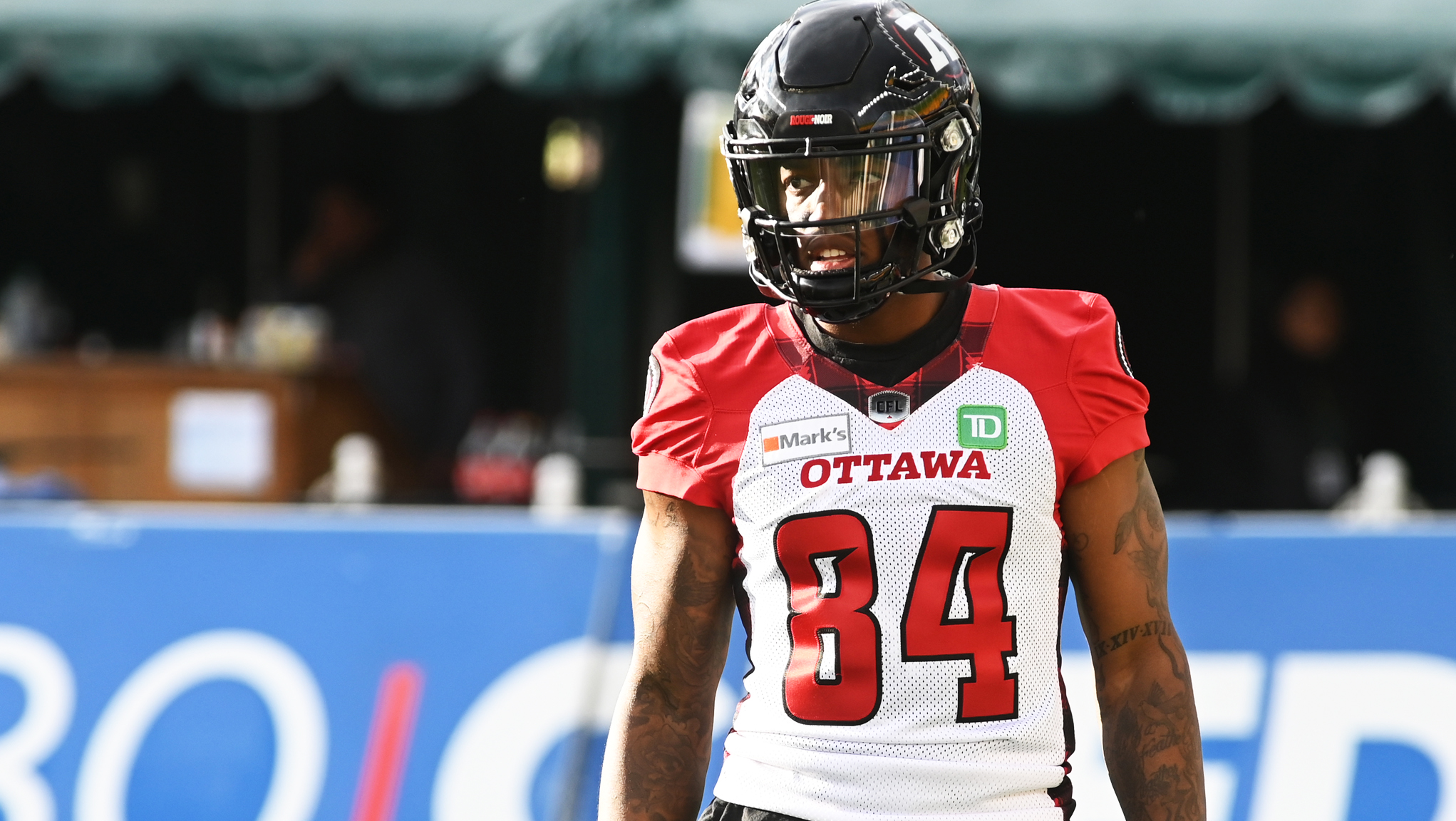 REDBLACKS receiver R.J. Harris had a big game in Saskatchewan, breaking the 100-yard receiving mark for the first time this season (Walter Tychnowicz/CFL.ca)

The one thing the Ottawa offence has going for it is that Matt Nichols ($6,441) knows how to find Harris, who was a perfect 5-5 in targets in Week 3, finishing with 101 yards. The REDBLACKS’ sole offensive threat is enough of a bargain to allow fantasy users to splurge at another position without the fear of losing production.

If Nichols can push Harris’ targets into the double-digit range, Fantasy users will get more than a bang for their buck as Ottawa faces a BC pass defence that’s eighth in completion percentage allowed (72.1) and sixth in passing yards allowed per game (272). It may not be often that a REDBLACKS player will be suggested in this column, so jump aboard when it happens. Like this week.

Rhymes might want to put a “Hi, My Name Is…” sticker on before the first offensive huddle on Friday. Perhaps that might help pivot Michael Reilly ($9,117) remember that Rhymes is a part of the BC receiving corps, something Reilly has forgotten the past two games. After catching six passes for 76 yards against Saskatchewan in Week 1, Rhymes has a combined two receptions for 12 yards in his last eight quarters.

Maybe the opportunity of squaring off against his old Ottawa teammates will provide a spark for Rhymes. If not, there’s the fact the REDBLACKS allow a CFL-high 79 percent completion rate. Either way, fantasy users might not want to take the chance that Reilly may do something unusual and actually throw in Rhymes’ direction more than once.

How many had Collaros as the league leader in passing majors after the first three weeks? Such is life, as Collaros has thrown multiple touchdowns in each game despite averaging less than 250 passing yards per game. On the surface, Collaros doesn’t strike many fantasy users as a must-start, yet if consistency is what you seek, then he’s brimming with it when it comes to getting the ball into the end zone via the friendly skies.

With Winnipeg’s ground game off-balance, the Bombers’ best bet is to let Collaros find Kenny Lawler ($6,597) and the newly-returned Darvin Adams ($6,911) while letting them do the rest once they have the ball in their hands. The once-dominant Stamps’ pass defence is eighth in passing yards allowed per
game (319) and eighth in average yards per pass (8.3). Conditions are quite ripe for Collaros to
add yardage to go along with his penchant for throwing majors.

Nope. Don’t think it. There will be weeks where Maier is going to merit start status. This isn’t one of those weeks. Maier showed he has a bright future in CFL following his gritty performance against Montreal in Week 3, but four quarters and a win does not a future Bo Levi Mitchell make.

Maier is going against a Winnipeg defence that limits opposing pivots to a mere 59.3 percent completion rate and 6.4 yards per pass, and let’s remember that the Bombers aren’t the Alouettes and won’t squander an early two-score lead. There will be moments when Maier shows his mettle under the heat of the Winnipeg pass rush, yet it’s not enough to consider him a fantasy bargain that will pay off.