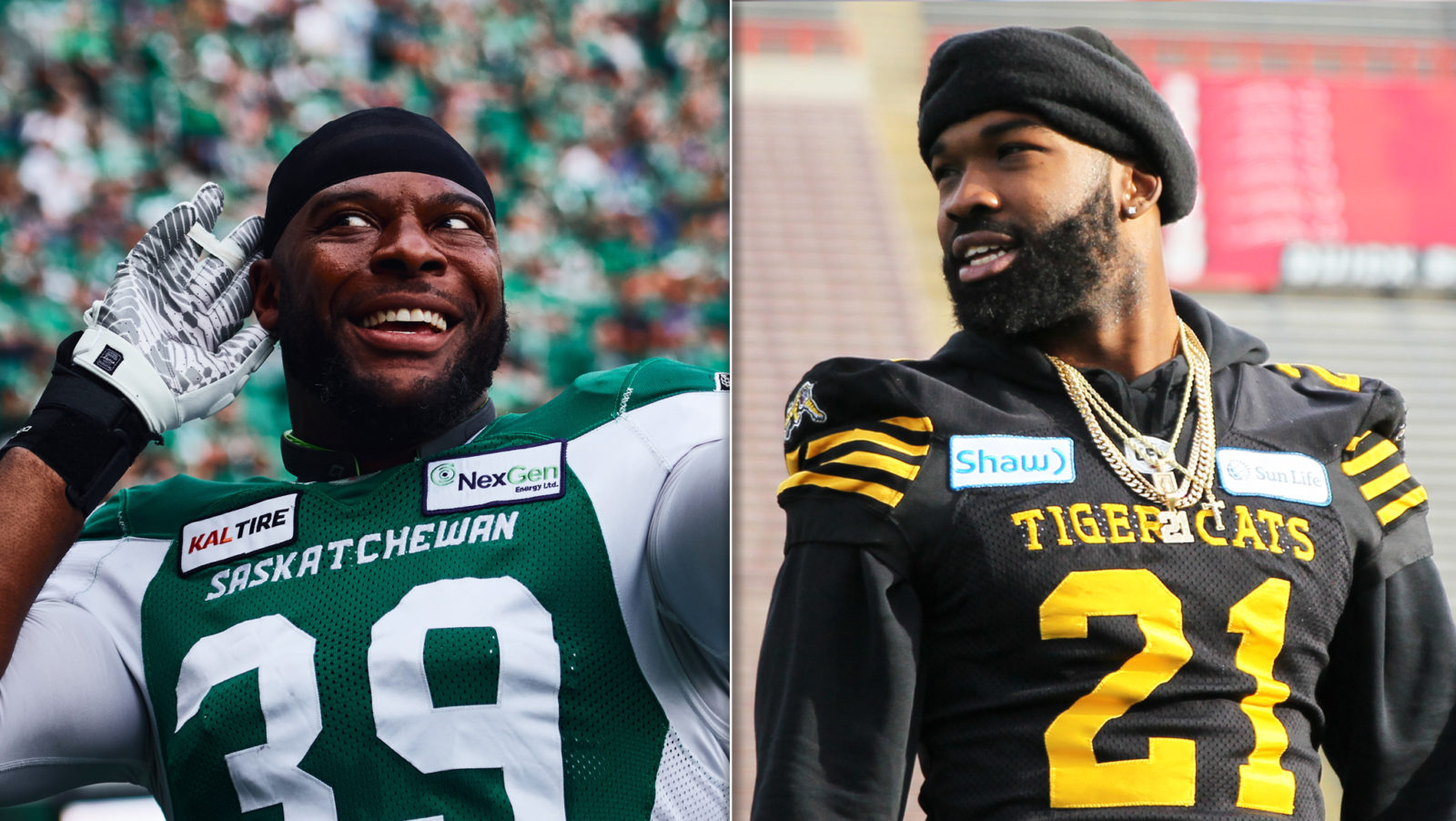 TORONTO — A CFL game is full of highly-competitive players all battling for a victory and sometimes the most effective way to best an opponent is to get under their skin.

That’s where the art of the trash talk comes into play.

It’s probably safe to assume that the majority of players around the league get involved in this game inside the game in some capacity. Some take some personal shots at anyone in earshot on the other team. Others may take a not-so-personal approach. Regardless of what they’re saying, the trash talk is an attempt to throw another person off their game.

The CFL’s biggest stars from around the league have weighed in on who’s the best at talking trash and they say there are two men that stand above the rest: Charleston Hughes and Simoni Lawrence.

RELATED
» CFL, Dr. Oetker launch Season 5 of Best in the League
»
The Waggle: Hopping in the booth with legends of Labour Day
» Steinberg’s MMQB: Something’s missing this weekend

Hughes, who played on the Stampeders until 2018 when he signed with the Riders, was the choice of half of the stars who were involved in the debate.

“Charleston was on my team,” said Stampeders receiver Kamar Jorden. “So obviously I heard him talking but when he went to Sask and we played against him, he just got annoying.”

“There’s been times that I’ve literally started cracking up in the huddle because of something that he’s said to one of my O-linemen or to our quarterback pre-play,” laughed BC Lions’ pass-catcher Bryan Burnham.

The other half of the stars picked the Ticats veteran, Lawrence, even if it was a little difficult to give him the credit.

“I’ve known him for almost ten years, I don’t want to give him this title,” smiled Toronto Argonauts’ QB Matt Nichols. “But he’s earned it because he never shuts up. He’s just having fun out there and just wants to be in your ear. But then if the game’s on the line, he makes a play and he’ll get aggressive with you.”

“For people that don’t really know me,” said Lawrence when asked about his trash talking abilities. “I like getting under their skin because they take everything so serious.”

“Before the game, I just start talking,” Lawrence continued. “Just to get my mind into the game where it’s really about to be a war or something. Any time I can get somebody to talk with me, while he’s trying to play offence, I feel like I won.”

Who’s the best trash talker in the CFL? Weigh in below.

Who is the CFL’s best trash talker?