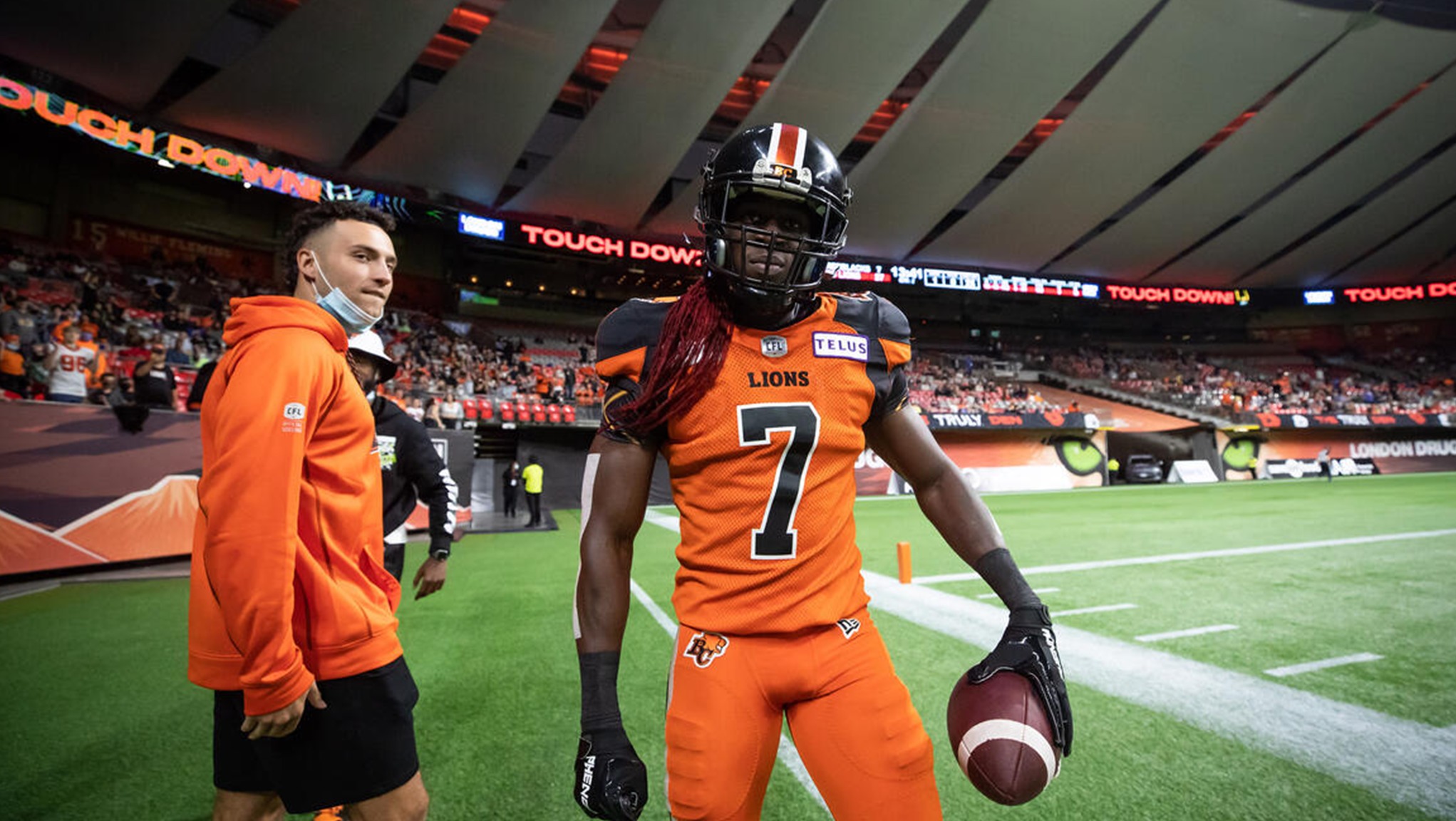 Oh yes, indeed: We’ve had plenty of storylines and action to this point in the 2021 season and Week 6 was no exception.

However, let’s begin with the off-the-field battles first, between the Toronto Argonauts and Hamilton Tiger-Cats.

To recap: The Ticats took the Argonauts to the wood-shop in Week 5’s Labour Day Classic, and with Drake dropping his new album “Certified Lover Boy” days prior, online content beckoned for deep-fried social media heat:

The Ticats posted this following the Week 5 win:

But, with the Argonauts splitting the home-and-home series in Week 6 from BMO Field, here was the response from the Boatmen:

WOOOOWEEEEE, this rivalry is red hot, and we can’t wait for October 11th when these two East Division rivals square off again!

And speaking of rivalries, the Blue Bombers dropped this gem on social, following their Banjo Bowl victory in Week 6:

The more you know ✨ pic.twitter.com/Ya8Ju3fOgp

“They See Me Rollin’”

Whatever prompted BC Lions’ Lucky Whitehead to switch up the pre-game entrance into BC Place, it’s working!

Whitehead rolled in for the game on a scooter, and then proceeded to GO OFF Saturday night, including a 119-yard touchdown off a missed FG try from the REDBLACKS!

Lucky Whitehead returns the missed kick 119 yards all the way to the house!! pic.twitter.com/9aGrGfmgpK

Reason #14389 why we love this league: The #CFLGameday fits:

Raise your 🤚 if you had fun at the Banjo Bowl ⤵️ #ForTheW pic.twitter.com/MfsAM7l67W

This needs no explanation, but my goodness: Week in and week out, it is a treat to watch #16 do his thing…And shoutout to Farhan Lalji with the play-by-play call in the booth!

Bryan Burnham shows off some of his moves and scores his 2nd TD of the night! pic.twitter.com/q25OpSRIDu

And finally, HAVE A NIGHT KJ! That Bo Levi Mitchell x Kamar Jorden combo has returned, and it’s deadly for opposing secondaries: Enjoy.

We can’t for more action kicking off Friday night for Week 7! Buckle up CFL fans…