CALGARY — The Calgary Stampeders welcomed a familiar face back into the fold on Friday, signing defensive end Shawn Lemon.

The 32-year-old was released 24 hours earlier by the Edmonton Elks. Calgary has added Lemon to the CFL practice roster. The league-wide practice roster will be used as long as border restrictions are in place with the United States.

If a claim is made for a player on this list, he must go to his new team (his existing club cannot keep him from going, as it can with the regular practice roster). Any team that loses a player from the CFL practice roster must replace him within seven days. The original team can recall the player if he’s no longer on a team’s active roster and the original team holds that player’s rights beyond this season. 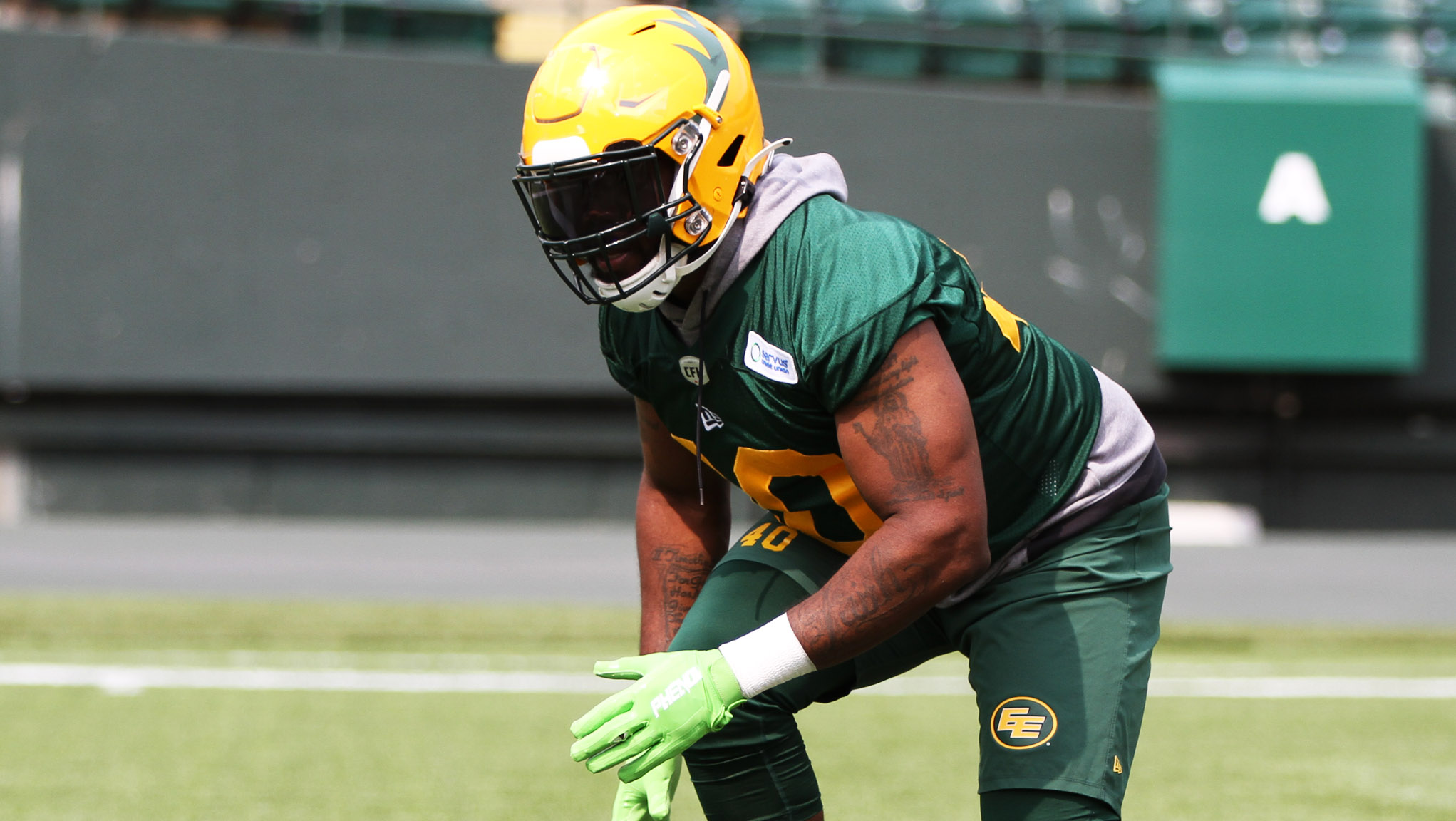 Lemon was a surprising final cut out of Edmonton’s camp on Thursday. By Friday night, the Stampeders had signed him (Photo: Edmonton Elks)

Lemon is a veteran of 107 career regular-season games over nine CFL seasons including 24 contests with the Stampeders. He was a member of Calgary’s Grey Cup-championship team in 2014.

In addition to Calgary, Lemon has played for Saskatchewan, Edmonton, Ottawa, Toronto and BC and he has accumulated 176 defensive tackles including 15 tackles for loss, two special-teams tackles, 70 sacks, 23 forced fumbles, six fumble recoveries, one interception and 17 knockdowns.

The University of Akron product has reached double digits in sacks in three seasons including the 2014 campaign with the Stamps that also saw him tie a league record with eight forced fumbles.