It’s a place, a moment, a frame of mind that Marcus Sayles has experienced before. And he certainly doesn’t want to go there again.

Usually it’s a brief conversation that begins with the dreaded words:

‘Coach wants to see you in his office. And bring your playbook…’

“I think of all the times I’ve been cut… I’ve been cut multiple times by teams,” began the 25-year-old defensive back in a recent conversation with bluebombers.com from his off-season base in Georgia.

“That’s the kind of stuff I keep in my head as motivation to be the best I can now.”

Now a member of the Minnesota Vikings, Sayles readily admits he has the Winnipeg Blue Bombers and the Canadian Football League to thank, in part, for his new opportunity down south.

“Looking back, I never thought in a million years I would be in Canada,” he said. “And I never thought in a million years how fast this process would be. It just feels like I left school and this is now going to be my third year as a pro. This is going to be my fourth team after the Bills, Rams and the Bombers and Minnesota now.

“I was able to prove to myself in Winnipeg that I am a professional-calibre player and prove to the rest of Canada and others that I can do this thing.” 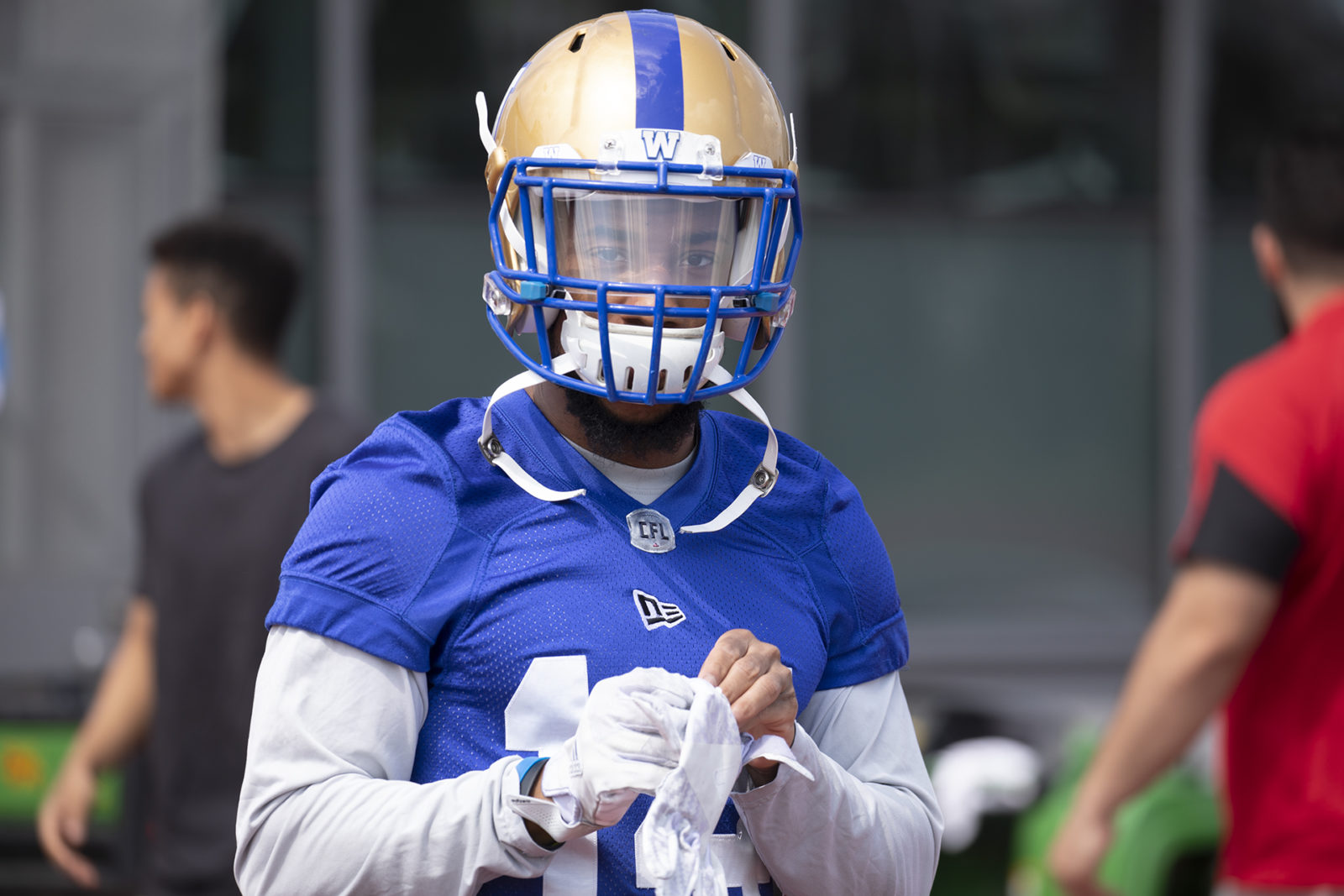 Marcus Sayles was a member of the Blue Bombers for two seasons before heading to the NFL (BlueBombers.com)

Sayles is one of four members of the 2019 Grey Cup champion Blue Bombers to earn an opportunity in the National Football League, including Chris Streveler of the Arizona Cardinals, Winston Rose of the Cincinnati Bengals, and Jonathan Kongbo of the San Francisco 49ers.

A West Division All-Star in 2019, Sayles worked out for the Vikings, Miami Dolphins, Bengals, New York Jets and New England Patriots in mid-December before settling on Minnesota.

It wasn’t just about the vibe Sayles got from Vikings coaches and player personnel types. It was about opportunity, too, as Minnesota moved on from starters Xavier Rhodes, Trae Waynes and Mackensie Alexander over the winter. Of course, the club also drafted cornerbacks Jeff Gladney, Cameron Dantzler and Harrison Hand and two safeties in Josh Metellus and Brian Cole.

That means there will be a whole pile of bodies in the mix not just for starters’ work, but for roster spots.

Count Sayles among them.

“After my workout they brought me upstairs and said they liked me and said they thought I could come into their system and compete to play or even start,” said Sayles “They said they liked my skillset and they knew at that time that some of their DBs weren’t going to be on the roster any more.

“I just got a good feeling talking with them. The Vikings were one of the teams that just kept in touch with me and my agent. Going into their system I just felt like I would have an opportunity to play and be on their roster and contribute. That’s really all I wanted. I didn’t want to be in a situation where they were telling me I was going to be a practice squad guy or a guy that would just help fill up numbers at camp. 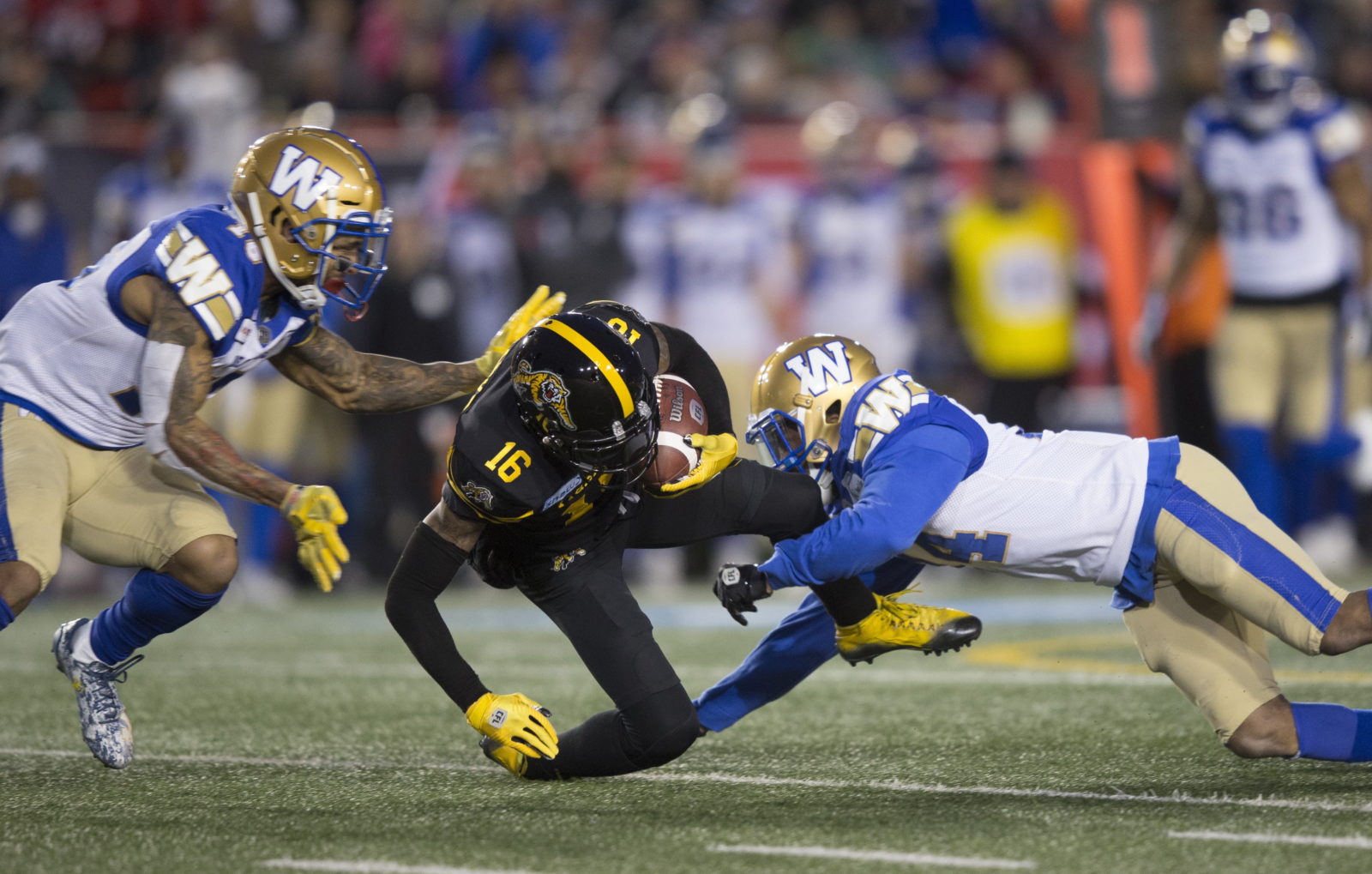 “All I want is an opportunity.”

That’s what Sayles got with the Bombers in 2018, following stints with the Buffalo Bills and Los Angeles Rams. It’s not just what Sayles flashed on the field in his 34 games – 33 of them starts – over his two years in Winnipeg.

It’s what he learned about himself off the field and the transformation he made as a pro.

“One of the biggest changes I was able to make was for me to come to Canada and learn more about myself and my position,” said Sayles. “When I came out of West Georgia I was playing field corner my whole four-five years I was there.

“Going through this process I realized I was most likely be going to play nickel in the NFL. I learned that on the fly with the Bills and the Rams… it’s just a different position. I had to read different things, the playbook was more extensive than in college.

“Me going there my first year I just wasn’t as prepared because of the position change. When I went to the CFL I was playing weak halfback and that’s similar to the roll-down safety nickel position.

“So for me to play two years and become a (West) All-Star, I was able to learn more about myself, about the speed of the game as well as the things you learn about coming into a professional team like how to study and how to keep your body right throughout an 18-22 week season.” 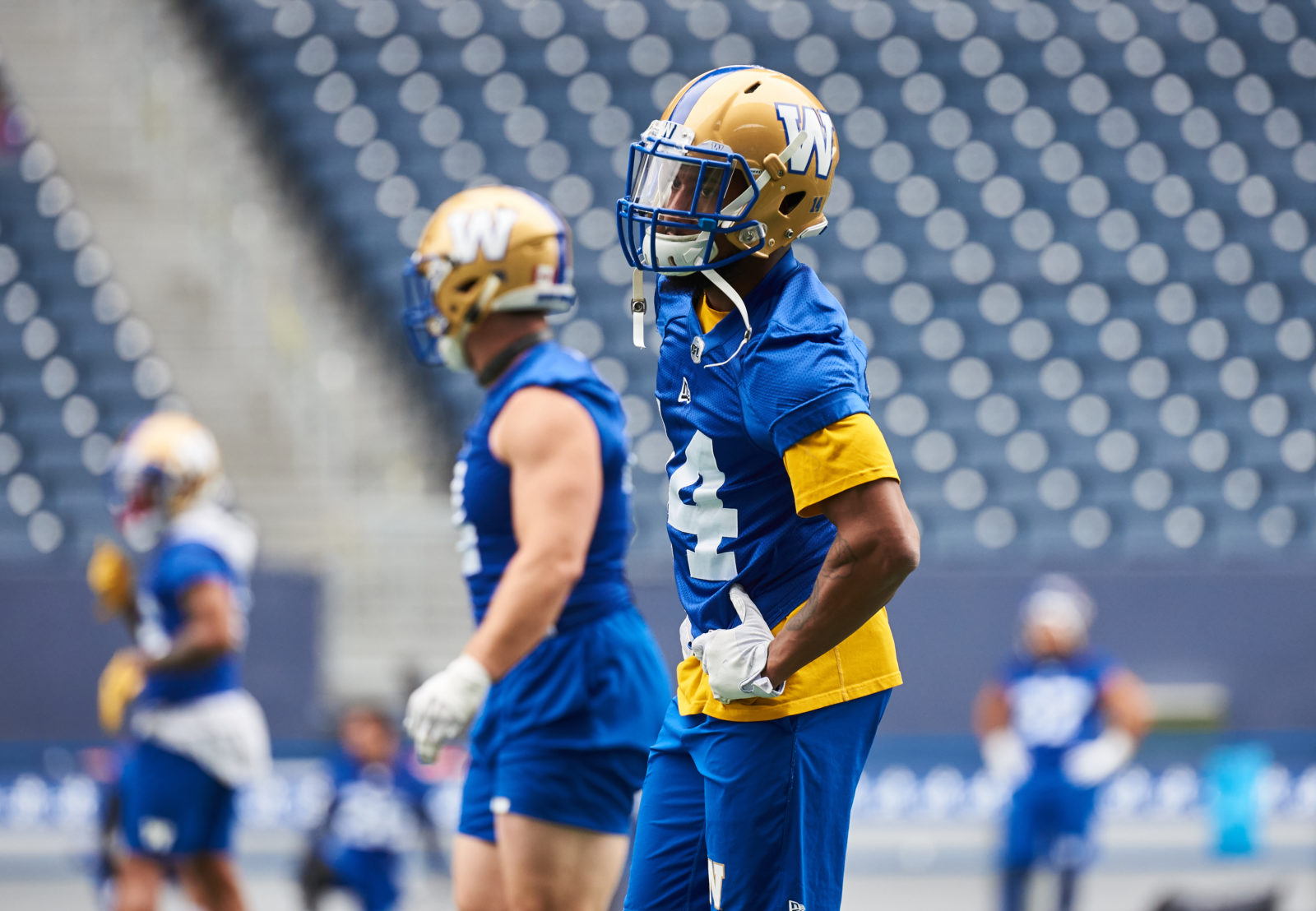 “All that stuff just built the mentality that I needed to have,” Sayles added. “I feel like now after these two years I’m more equipped and I have a better mentality than when I came out of West Georgia.”

Sayles – just like Rose and Streveler before him – indicated in our interviews that he would have loved to have been in Winnipeg for the 2020 home opener to see the championship banner raising and to get his Grey Cup ring.

Still, there are moments from his time with the Bombers that he won’t soon forget – like being in the locker room after the 2019 Grey Cup swilling champagne and chomping on a celebratory cigar.

“That was probably one of the best memories I’ll have in my lifetime,” said Sayles. “When you’re on a football team you build such a bond with those guys. It’s not the same with the people you know that aren’t on the team. We room together, we share tears together and we’re waking up early in the morning together to do what we need to do to be successful. All those things feed into this friendship and bond.

“A lot of us are brothers now. We all talk and text with each other all the time. Just being on that virtual huddle a few weeks ago… it was just cool to see all of us together. I’ll never forget any of that stuff.”