Davis Sanchez remains one of the best defensive backs to ever hail from Canada. His resume speaks for itself in the CFL and his time in the NFL just further cements that legacy.

So who were the best receivers that Sanchez was tasked with defending?

On the latest episode of The Waggle presented by Sport Clips, Sanchez and Donnovan Bennett discuss what they’ve learned from the Canadian Football League over the years and which players were the hardest to cover for Sanchez during his career.

EPISODE OVERVIEW: Happy Canada Day! Davis and Donnovan discuss the lessons Canadian Football has taught them and how applicable they are in the current climate. Davis also shares some of the toughest players he had to defend and informs Waggle fans that next week will be his final episode of the podcast.

“I didn’t start to play football until I was 16 years old,” Sanchez said. “So talk about being far behind, and I lived in a suburb 45 minutes outside of Vancouver where there’s not a lot of great athletes — nothing like what Toronto has. I just sort of fell in love with the game.

“That’s another testament to the athletes we have here in Canada that probably don’t even know that you could reach those levels of talking about being amongst the best athletes in the world. We probably have a lot of them, but we don’t know it until we actually attempt to go out there and do it. So I feel pretty fortunate to have that.”

Sanchez’s journey began in 1999 with the Montreal Alouettes, who selected the Delta, BC, native with the sixth overall pick in the 1999 CFL Draft. The 2000 season served as his breakout campaign, as he finished with a league-high nine interceptions, earning his first East Division and CFL All-Star honours in the process. He also won the Lew Hayman Trophy as the East Division’s best Canadian that season.

Scouts south of the border took notice and Sanchez signed with the San Diego Chargers ahead of the 2001 campaign. He served in Nickel and Dime looks during his first NFL season, but he did make his first start at corner later in the year against arguably the greatest receiver of all time.

Sanchez played two seasons in the NFL, both with the Chargers, going head-to-head against some of the best receivers in the world.

One of his hardest matchups came against Terry Glenn, who spent time with the New England Patriots, Green Bay Packers and Dallas Cowboys.

“I remember he ran like a 20-yard comeback route. He’s extremely fast and I just remember he ran 18 or 20 yards and just on a dime, shut it down and came back,” Sanchez said. “I just remember thinking, ‘How am I possibly supposed to stay with this guy and run with him?’ This guy was like nobody I had ever gone up against in my life.”

He returned to the CFL in 2003, this time with the Calgary Stampeders. The Alouettes re-acquired him for the 2004 season, and after Sanchez signed with the Edmonton Eskimos in 2005, he was traded back to Montreal again in 2006.

Sanchez won his first Grey Cup during his lone season with the Esks before taking home another championship with the Als in 2009. He finished out his illustrious CFL career with his hometown BC Lions, finishing it off with his third and final Grey Cup victory in 2011. 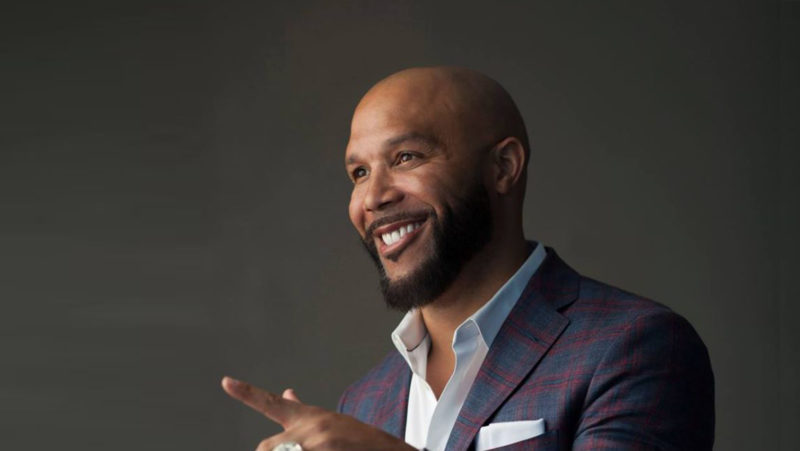 During his time playing in the CFL, Sanchez remembered two receivers in particular that always gave him problems.

“The toughest guy for me to handle was Tony Miles,” he said. “He just had that incredible quickness and shake. You just had to be super patient because he had so much juice.

“Then, another guy was Matt Dominguez. He would just slap you upside your head and he would always try to be physical. And he was always tough to deal with because I’m a smaller guy and he would shove and push me and slap me. So those are two of the guys in the league that I probably had the best battles with.”

Sanchez took some time away from the game following his retirement in 2012, but in 2016, he teamed up with James Cybulski to create The Waggle. The podcast has been going strong for four years now, and Sanchez has been along for the entire ride. But he announced that Episode 218 will be his final appearance.

“I’ll still be doing stuff involving our great game and the CFL, but I’ll be shifting my focus onto some other things,” Sanchez said. “Whether it’s fantasy football, which is going to become huge in our space this season, I’m going to be shifting my time into more of that stuff, and I’m looking forward to doing that.”