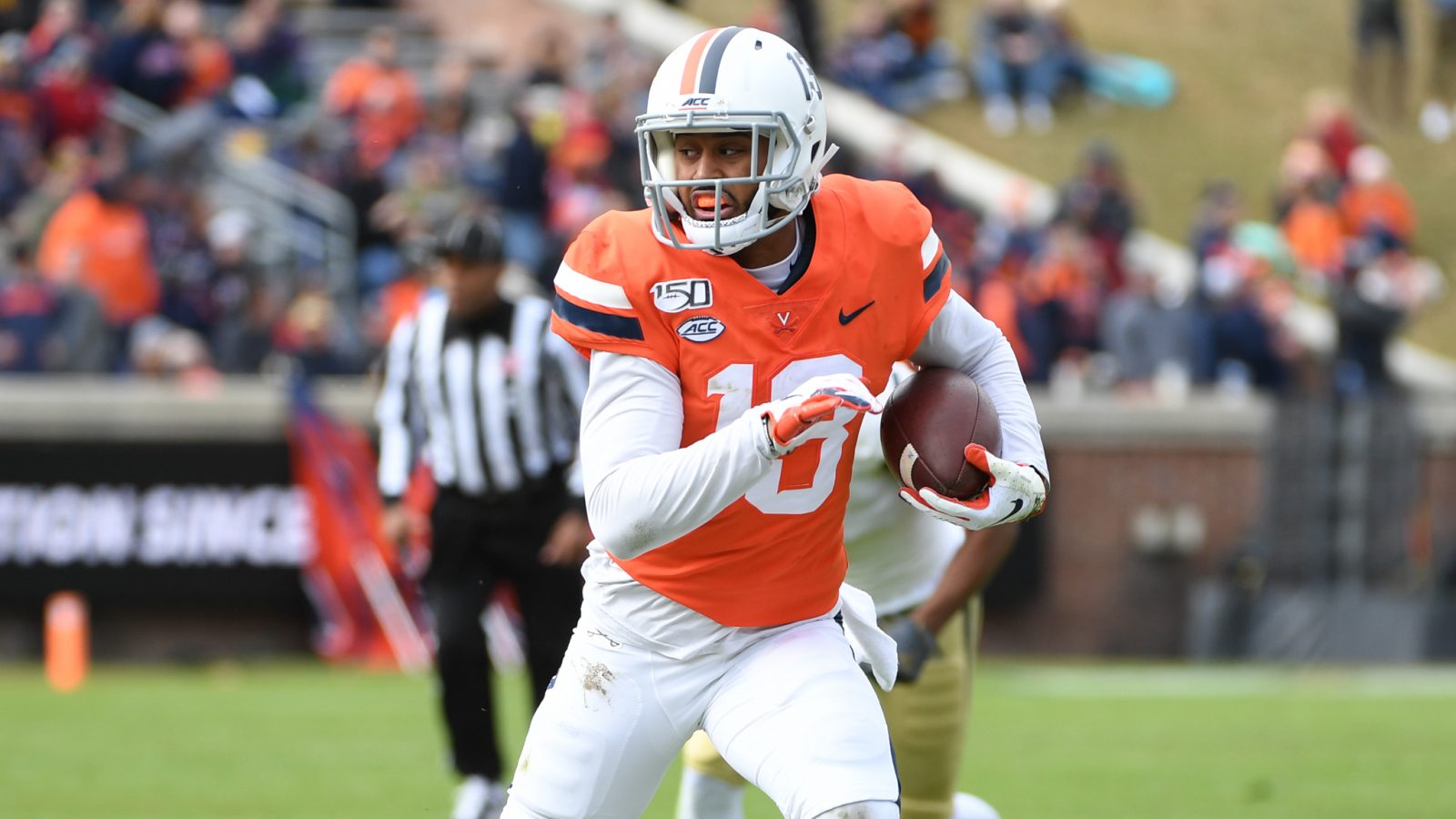 Jana was selected by the Roughriders in the second round, 17th overall, of the 2021 CFL Draft. He leaves the University of Virginia 12th all-time in career receptions and 17th in career receiving yards. During the 2020 campaign, Jana was named team captain and made in 36 passes for 423 yards and a touchdown while averaging 11.8 yards a catch.

The Vancouver native played 49 career games with the Cavaliers making 123 catches for 1,481 yards and five majors. He is the 23rd Cavalier to record 100+ career receptions and 1,000+ career receiving yards in UVA history.

RELATED
» Ready for Kickoff: Previewing the 2021 CFL season
» The biggest FA departures in the West
» A look at every team’s Off-Season Depth Chart

Nell was selected in the third round, 23rd overall, of the 2021 Global Draft. He began kicking in North America in 2018, after growing up playing rugby in South Africa. He has spent the last two seasons with the Indoor Football League and the National Arena League. In his rookie football season with the Maine Mammoth, he broke a NAL record with 13 made field goals while going 52-of-66 on PATs. He also successfully made 11 deuces and scored 99 points overall for the squad while being named an All-NAL Kicker. In 2019, he was sent up to the Arena Football League’s Baltimore Brigade from the Cedar Rapids River Kings after ranking first in the IFL for field goals made and field goals attempted and making the league’s second longest field goal at 50 yards.

Louis was selected by the Cleveland Browns in the fourth round, 114th overall, of the 2016 NFL Draft. He went on to spend three seasons with the Browns, playing in 32 games and making 45 receptions for 562 yards. The 27-year-old also contributed on special teams, returning nine kicks for 164 yards. In 2019, Louis signed with the Miami Dolphins where he remained through most of 2020.

The Florida native spend four collegiate seasons (2012-2015) at Auburn University playing in 50 games. Over that time, he made 98 receptions for 1,338 yards and eight touchdowns and added another 578 rushing yards and two touchdowns. He also returned 11 kicks for 230 yards. Louis impressed at the 2016 Scouting Combine where he made an 11-foot broad jump (best among all attending wide receivers), a 4.43 second 40-yard dash and a 38-inch vertical jump.

In addition, the Club announced the following roster moves: