TORONTO — Risk and reward are always on display at the CFL Draft.

Every year the prospects deemed most talented are not the first off the board, as other factors such as position, organizational fit, and above all, availability influence many of the decisions on draft day.

By some point in the draft, however, the thought of a draft pick sticking with an NFL club — and perhaps never even playing a game in Canada — becomes tenable.

For the Calgary Stampeders, that point came in the fifth round, where they selected Oklahoma State running back Chuba Hubbard 43rd overall.

One round later, the Toronto Argonauts selected Minnesota defensive back Benjamin St-Juste with the 52nd overall pick — the third-last in the draft.

Both have the chance to one day be CFL ratio-breakers.

No one drafted Oregon defensive back Jevon Holland, who was chosen 36th overall by the NFL’s Miami Dolphins just prior.

‘Futures’ make the CFL Draft different from almost any other in sports. Sometimes they work out, sometimes they don’t.

Sometimes the risk pays off and the wait can be worth it.

Here are some of the players who arrived with their team two or more years after being drafted:

The top-ranked prospect in the CFL Scouting Bureau Rankings, Stefan Charles seemed like a sure bet to play three down football for Edmonton after being drafted 10th overall in 2013. But the Regina Rams standout stayed in the NFL for several seasons despite never being drafted, including three years with the Buffalo Bills (2013 to 2015).

In 2019, six seasons after becoming a CFL draft pick, Charles was a late-season addition for the Edmonton Football Club. However, he did not dress for a game, meaning his debut must wait until 2021 after signing with the Ottawa REDBLACKS as a free agent — potentially an eight-year window between being drafted and actually playing a game.

The Alouettes knew they would have to wait some time for Vaughn Martin when selecting him 39th overall in 2011, as Martin had already begun to establish himself south of the border, earning a four-year contract from the San Diego Chargers as the first ever CIS player drafted to the NFL as an underclassman.

Martin would record three sacks and 64 total tackles in five seasons with San Diego and Miami before being released in 2013. His CFL career was much shorter, however, playing just seven games and recording eight tackles. After waiting five years for his arrival, Montreal would release Vaughn after just half a season. 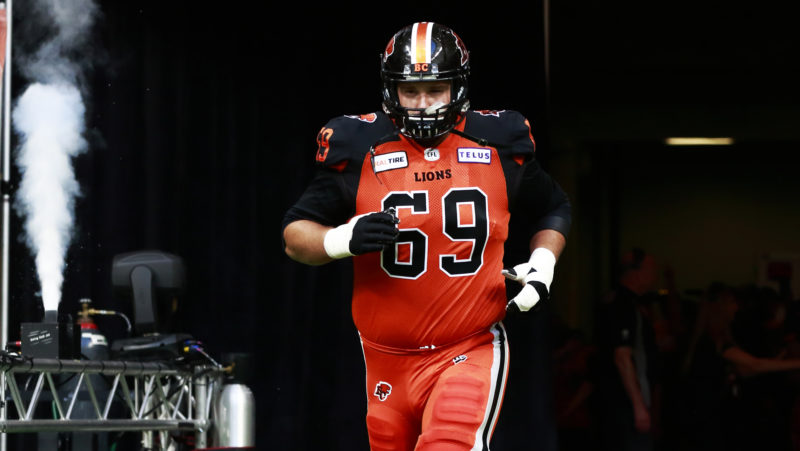 The Lions waited four years for Brett Boyko, who signed with Saskatchewan as a free agent after spending the 2019 season in BC (Photo: BCLions.com)

Despite having just one NFL game to his name, Brett Boyko spent four seasons with Philadelphia and San Diego/Los Angeles before joining the San Diego Fleet of the Alliance of American Football in 2019. The same year, four years after being drafted 14th overall by BC, Boyko was the club’s opening day starter at right tackle.

While Boyko has yet to live up to his second overall ranking in the CFL Scouting Bureau, the Saskatoon, Sask. native could play a key role in 2021 after signing a free agent deal with the Roughriders. Still just 28, Boyko could be a ratio-breaker in his home province.

A four-year wait finally paid off for the Argos and Cory Greenwood in 2014 — when Greenwood signed with the Boatmen — though injuries have cast a shadow on an otherwise stellar CFL career. The Kingston, Ont. native would still become one of the best players in his draft class, racking up 184 tackles, five sacks, and an interception in 40 games with Toronto and Calgary.

With the ability to play pretty much any position on the offensive line, Philip Blake remains one of the most versatile o-linemen in the CFL. Since joining the Alouettes in 2015, Blake has gone on to start 68 games with the Als and Riders, and could add to that total with the Argos in 2021.

Blake’s arrival in the CFL was never a given, even after being drafted 23rd overall by the Alouettes in 2011. One year later he became a fourth-round draft pick of the NFL’s Denver Broncos before joining Arizona a year later. He was released in 2014 but signed with Montreal in 2015. 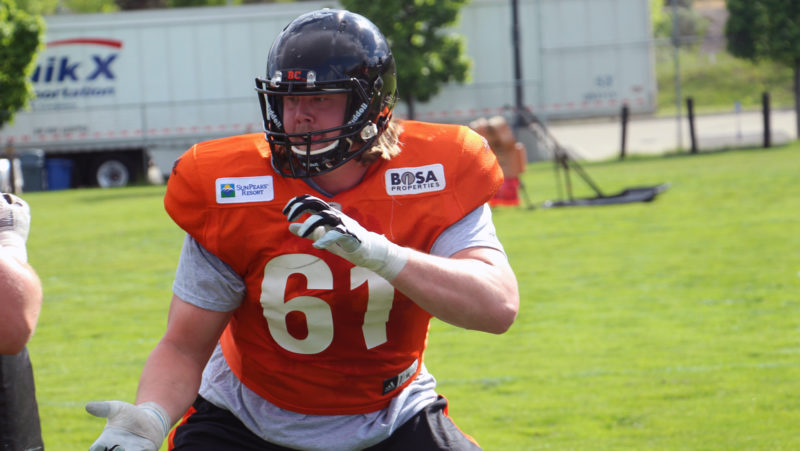 2014 draft pick David Foucault spent TIME in the NFL before establishing himself in BC. He’ll suit up for the Alouettes this year in a homecoming for the 32-year-old (Photo: BCLions.com)

At six-foot-eight, 315 pounds, GMs and scouts couldn’t miss David Foucault at the 2014 CFL Combine and neither could the Alouettes, drafting him fifth overall. Foucault was the second-ranked prospect entering the draft behind Laurent Duvernay-Tardif that year, and both would get a legitimate shot at the NFL.

While Foucault would go on to play five NFL games (including one start) in three seasons with Carolina, he’d eventually land in the CFL. However, his career would start with the Lions, after his rights were traded from Montreal to BC in exchange for Jovan Olafioye. After three seasons and 51 regular season games with BC, Foucault is slated to finally play his first game as an Alouette in 2021 after signing as a free agent.

Tevaun Smith was considered a bold choice by Ed Hervey and the Edmonton Football Club, who selected the receiver eighth overall in 2016. The electrifying speedster out of Iowa had already impressed the Indianapolis Colts, earning a practice roster spot and eventually a reserve/future contract a year later.

Following short stints with Oakland and Jacksonville, however, the Toronto native would find his way north, signing with Edmonton before the 2019 season. Smith became an integral part of the offence right away, hauling in 55 passes for 632 yards and six touchdowns, and is poised for a major outburst in 2021.

Ranked fifth in the CFL Scouting Bureau, Tyler Holmes fell to the Argos at seventh overall in 2011 before signing with the NFL’s Minnesota Vikings. After two years on an NFL practice roster, however, Holmes signed with the Argos in 2013, becoming a vital part of their O-line almost immediately.

After his arrival late in the 2013 season, the Ottawa native would start all 18 games for six consecutive seasons, giving him 111 career starts and helping Toronto pull off a major Grey Cup upset over the Calgary Stampeders in 2017. He was released by the Argos prior to free agency in 2020.