HAMILTON — If Adam Bighill needed any extra incentive for being in Hamilton this week he only had to look at the 2019 Grey Cup ring that sparkled on his finger.

“I always wear it during the playoffs as a reminder of what we’re trying to accomplish,” the Winnipeg Blue Bombers’ linebacker said Tuesday, moments after stepping off an airplane into a chilly Ontario wind. “Winning one of these is very special. I like to know and feel what we’re playing for.”

The Bombers snapped a 29-year championship drought when they defeated the Hamilton Tiger-Cats 33-12 the last time the Grey Cup was played. The two teams face each other again in the 108th Grey Cup Sunday at Tim Hortons Field.

Winning a championship is hard. Defending that title isn’t any easier.

Even after the 2020 season was cancelled due to COVID-19, the Bombers roster has pretty much remained intact.

That consistency is a bonus, said Bighill, the West’s nominee as the league’s top defensive player after recording 70 tackles, two interceptions and two sacks.

“We have a lot of experience in winning a championship,” he said. “I’m not going to say if it’s easier or harder, but I want to stay that we have the guys in the locker room that have the experience and know how to handle this week.

“This year with COVID, and training camp being different and no exhibition games and injuries that crept up on every team around the league, it presented a whole different set of challenges,” he said.

“Every year is unique. This one as really unique.”

The teams competing in this year’s Grey Cup may be the same but their roles have been reversed.

The Tiger-Cats had the league’s best record in 2019, finishing first in the East at 15-3 before beating a crossover Edmonton team in the Eastern Final.

The Bombers were third in the West with a 11-7 record. Their road to the final took them through Calgary and Regina.

The Tiger-Cats were the heavy favourites to win their first title since 1999 but were beaten 33-12 by a Winnipeg team determined to make history.

Zach Collaros, the late addition at quarterback that proved to be the missing puzzle in 2019, said no one in the Winnipeg dressing room is calling Hamilton the underdogs.

“You know, 2019 was 2019,” said Collaros, a finalist for the Most Outstanding Player award after completing 243 of 346 passes for 3,185 yards, a league-high 20 touchdowns and six interceptions. “This is a different season, a different team.

“We’re going up against a very well-coached organization with great players. We understand the challenge ahead of us.” 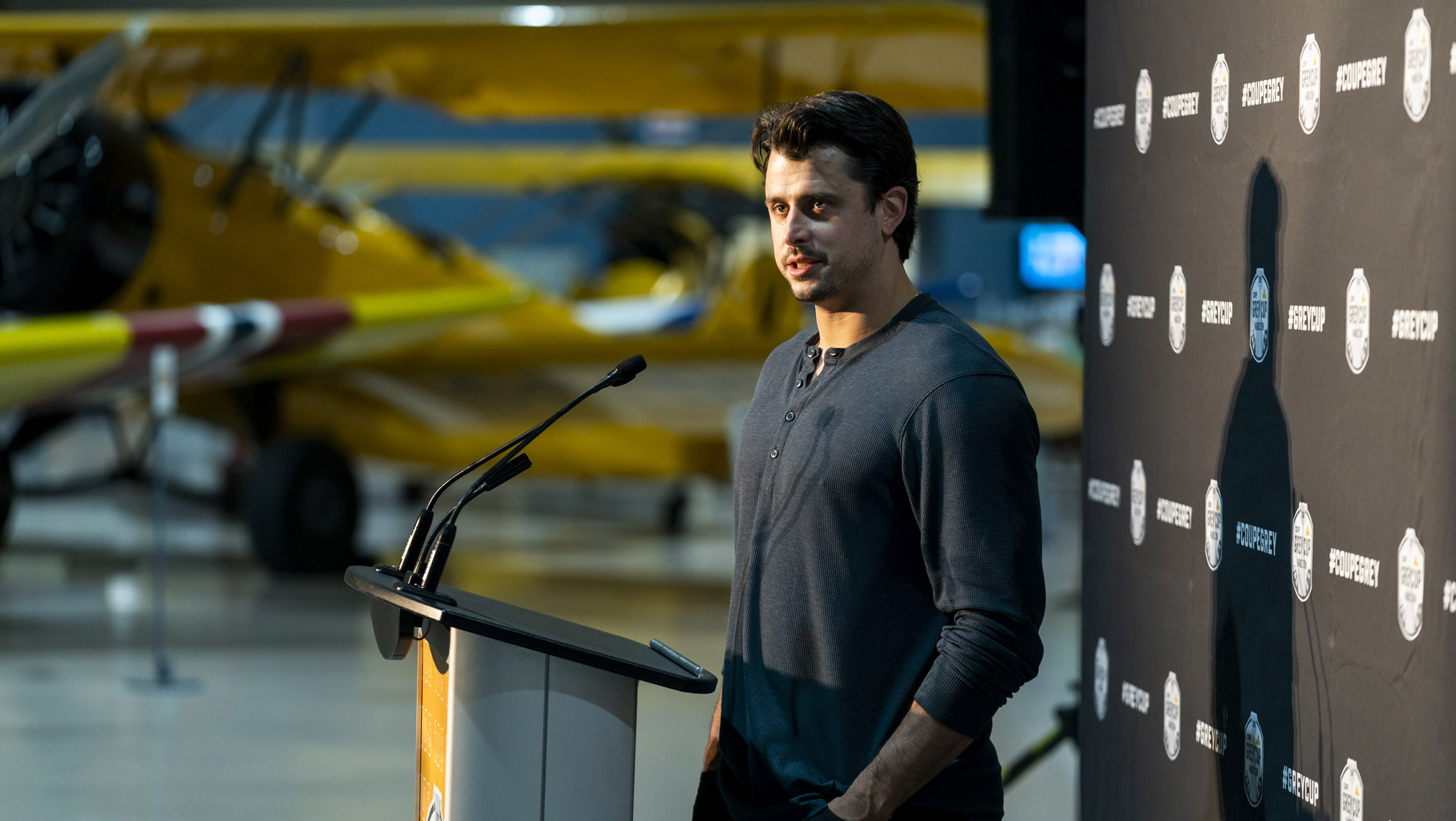 Bombers’ QB Zach Collaros returns to Hamilton, where he established himself as a CFL starter, for his shot at his second Grey Cup (Thomas Skrlj/CFL.ca)

Collaros has come full circle. He spent four seasons playing for the Tiger-Cats before signing with Saskatchewan in 2018.

“I have a lot of really good memories,” he said. “Not just with the organization but in the city of Hamilton, working in the community, becoming life-long friends with some people.”

He didn’t bring his Grey Cup ring on the trip.

“I’m not even sure where my wife put that,” he said.

O’Shea also has a Hamilton connection, having two stints as a player with the Tiger-Cats. He also won three Grey Cups as a player and one as an assistant coach with the archrival Toronto Argonauts.

“I started here, there’s a lot of fond memories here,” said O’Shea. “Then there were a lot of boos.”

In an interview last week, Winnipeg receiver Drew Wolitarsky talked about what the Bombers learned from winning the Grey Cup.

“Once you know how to do something, you know the work that is required to do it again,” said Wolitarsky, who made 32 catches for 386 yards and a touchdown this season.

“The drought, we all felt like this curse was on Winnipeg. But I don’t think it was a curse. It’s just like an inability to see or believe what you can do, and that culture has been changed.

“To win it doesn’t take a miracle. It just takes consistently doing things. This is winning football and I think everyone has bought into that. We put the work in and we’re reaping the rewards.”