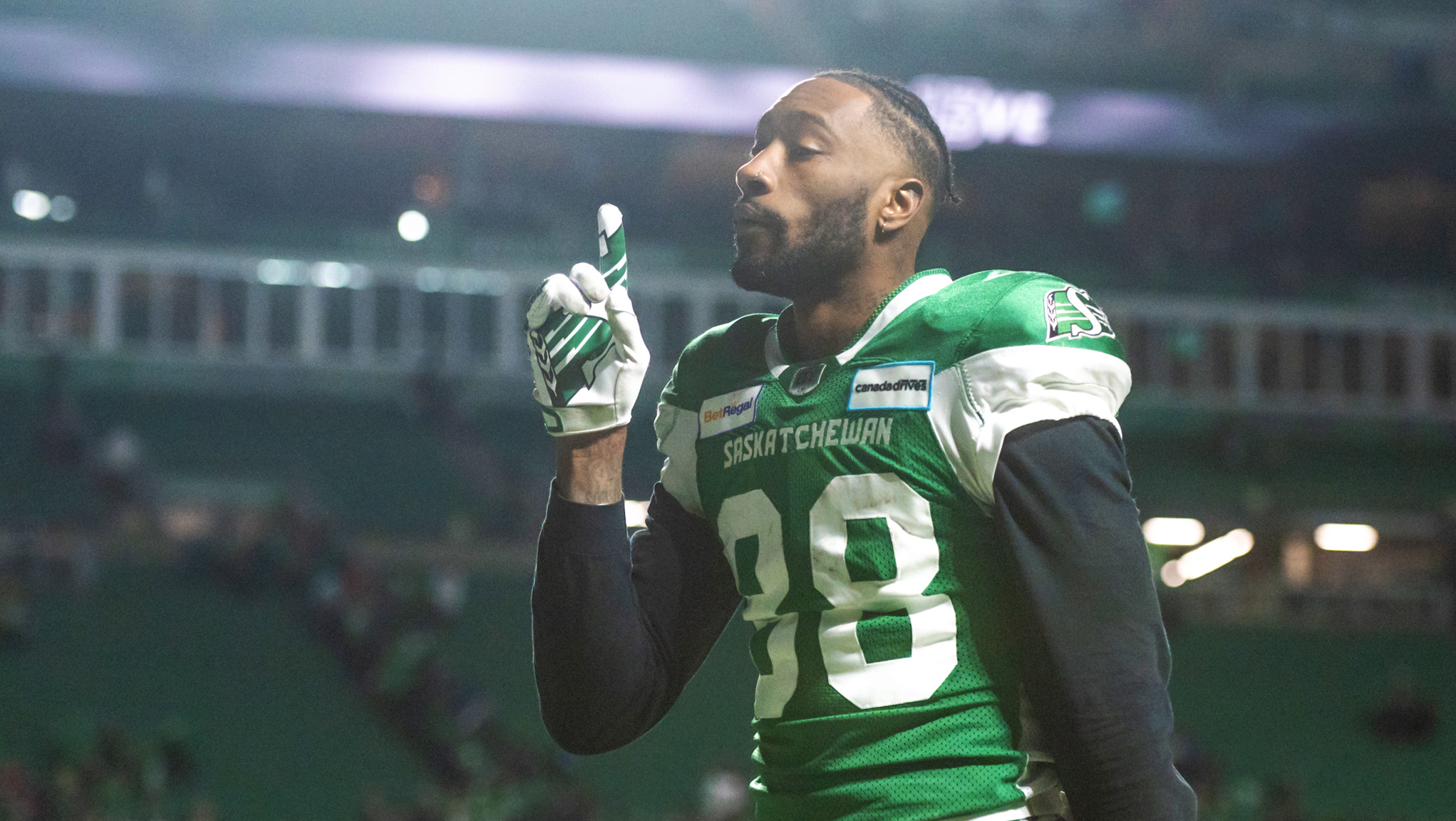 McRoberts and Awachie were set to become free agents next month.

Awachie (6’3-235) returns to the Roughriders for a fifth season after signing with the Club as an undrafted free agent in 2017. Since then, Awachie has been a strong presence on special teams, and a reliable blocker on offence appearing in 36 games. In 2021, he played 12 regular season games, plus two in the post-season making one defensive tackle and six special teams tackles. He also returned one kickoff for seven yards.

The Toronto native spent three collegiate seasons with the University of Toronto and played in 22 games at both receiver and defensive back. While with the Varsity Blues, Awachie recorded 22 tackles and made 14 receptions for 145 yards.

McRoberts (6’3-192) extends his stay in Riderville after initially signing with the Club in 2019 and making his CFL debut in 2021. The Missouri native dressed for one regular-season game and two playoff games making a total of 10 receptions for 92 yards. Prior to the CFL, McRoberts was signed as an undrafted free agent by the Los Angeles Rams and played in two regular-season games.

A standout college receiver, McRoberts played four seasons at Southeast Missouri State (2012-15) where he made 175 receptions for 2,435 yards and 29 touchdowns, breaking the Redhawks record for career touchdowns. McRoberts was a First Team All-OVC selection in both the 2014 and 2015 seasons.

Tuck (6’0-230lbs) joins the Roughriders as a seven-year CFL vet, playing the last four seasons with the Edmonton Elks. In 2021, he suited up for all 14 regular season games contributing on both offence and special teams. The Canadian fullback has played a total of 72 career CFL games, earning 52 special teams tackles and two forced fumbles, while adding three receptions for 45 yards and one carry for five yards. Tuck was selected by the Montreal Alouettes in the fourth round, 31st overall, of the 2014 CFL Draft and also played for the Winnipeg Blue Bombers and the Toronto Argonauts.

The Aurora, Ontario native attended York University from 2010-2013 lining up at linebacker and defensive end. He played in 26 games over four collegiate seasons, earning 108.5 tackles, 11 sacks, 15.5 tackles for loss and two forced fumbles. In 2012 and 2013, he won the Nobby Wirkowski Defensive MVP Trophy as the Lions most valuable defensive player and played in the 2013 East-West Bowl.