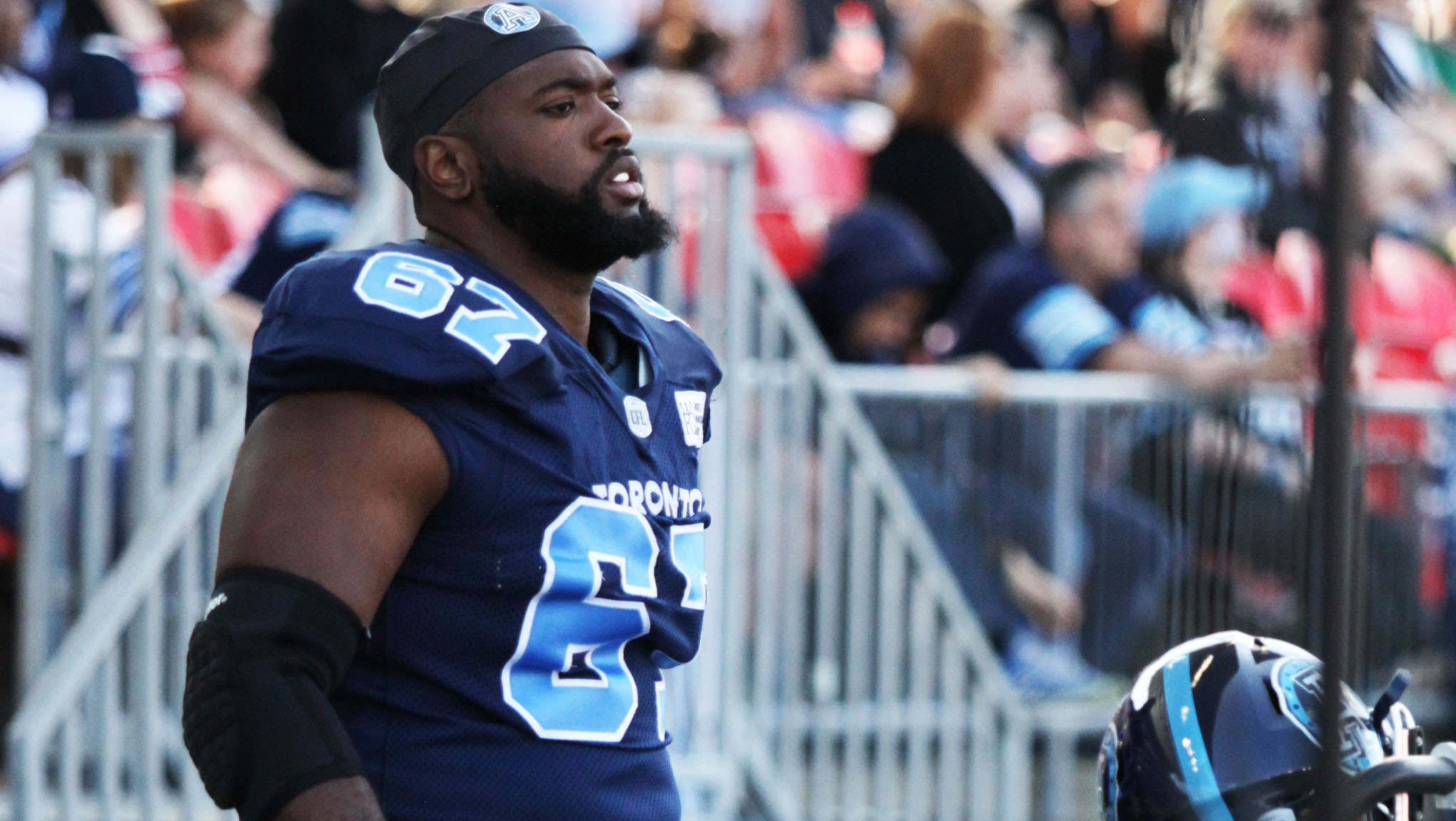 Campbell (six-foot-five, 292 pounds) was selected by the Toronto Argonauts in the third round, 22nd overall, of the 2016 CFL Draft and went on to play six seasons with his hometown team, suiting up for 59 games.

Campbell cracked the starting lineup for the first time in 2019, starting the final 11 games of the season at right tackle and all nine games he played in 2021. He scored his first career touchdown – a one-yard reception – on August 1, 2019 and won the Grey Cup as part of the Argonauts in 2017.

The 28-year-old was first recruited to play football in high school, and went on to play four collegiate seasons (2012-2015) at York University. Campbell played both right and left tackle in his senior year and participated in the 2015 East West Bowl.