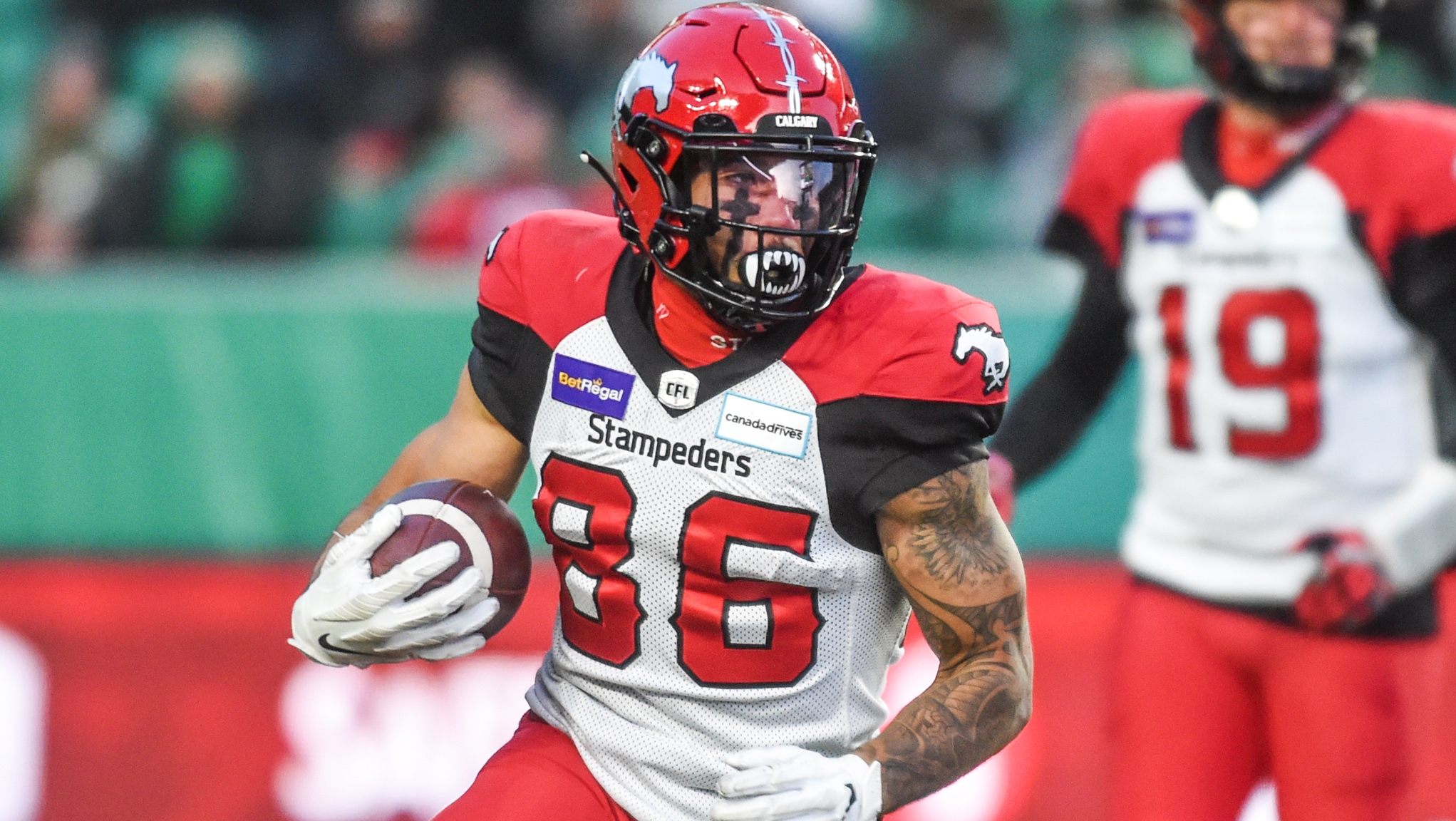 CALGARY — The Calgary Stampeders have signed receiver Reggie Begelton to an extension, according to a report from TSN’s Farhan Lalji. Begelton was set to become a free agent next month.

The 28-year-old returned to the Stampeders in November of 2021 and played in two regular season games along with the Western Semi-Final against the Saskatchewan Roughriders. He hauled in 14 passes for 238 yards that included two games where he surpassed 100 yards (119 in Week 15 against BC and 105 against the Riders in the playoffs).

In 2019, Begelton earned the Stamps’ nomination for the CFL’s Most Outstanding Player award and was named a division and CFL All-Star after becoming just the fifth player in franchise history to record at least 100 catches in a season. He finished the regular season second in the league with 102 receptions and third in both receiving yards (1,444) and receiving touchdowns (10). Begelton was twice honoured as a CFL Player of the Week including for an Aug. 17 game against Montreal in which he recorded eight catches for 173 yards and a team-record-tying four touchdowns.

In 2018, Begelton started seven regular-season games and had 25 catches for 488 yards. He was named a CFL Player of the Week in Week 14 after making five receptions for 150 yards including a 99-yard catch-and-run touchdown that was the longest reception of his career. He had 22 receptions for 304 yards and one major in 2017.