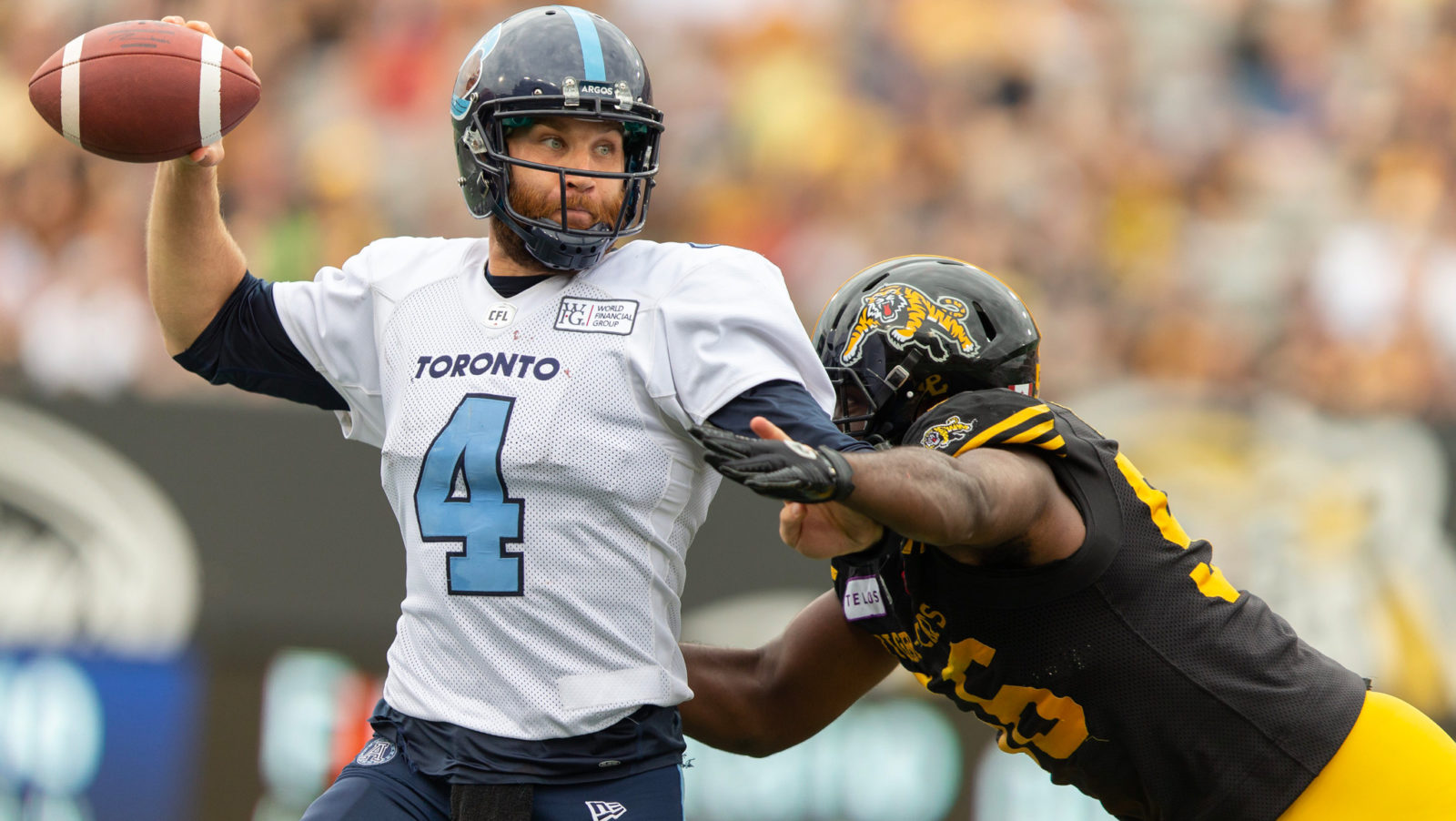 TORONTO — McLeod Bethel-Thompson has reportedly decided he will opt out of his one-year deal with the Toronto Argonauts in hopes of finding a contract in the NFL. This, according to NFL Network’s insider Ian Rappaport.

As of Monday afternoon, there is no agreement between the CFL and the CFLPA finalized but it is known that the two sides are working on an option window which would allow players to opt out of their contracts to pursue other opportunities.

QB McLeod Bethel-Thompson, who led the CFL in most passing categories last year for the @TorontoArgos, is opting out and hopes to be back in the NFL, source said. An intriguing veteran who can learn a system quickly, now has plenty of snaps. This is him: https://t.co/fC0fj8BvyY

Bethel-Thompson, who has had an up-and-down tenure with the Argonauts re-upped with the franchise for one year, back in Feburary.  He was likely to head into the 2020 season as a backup behind former Blue Bombers pivot Matt Nichols.

Bethel-Thompson has spent his entire three-year CFL tenure with the Toronto Argonauts. He earned the starting job midway through the 2018 season and was one of the pivots vying for the starters role heading into 2019.