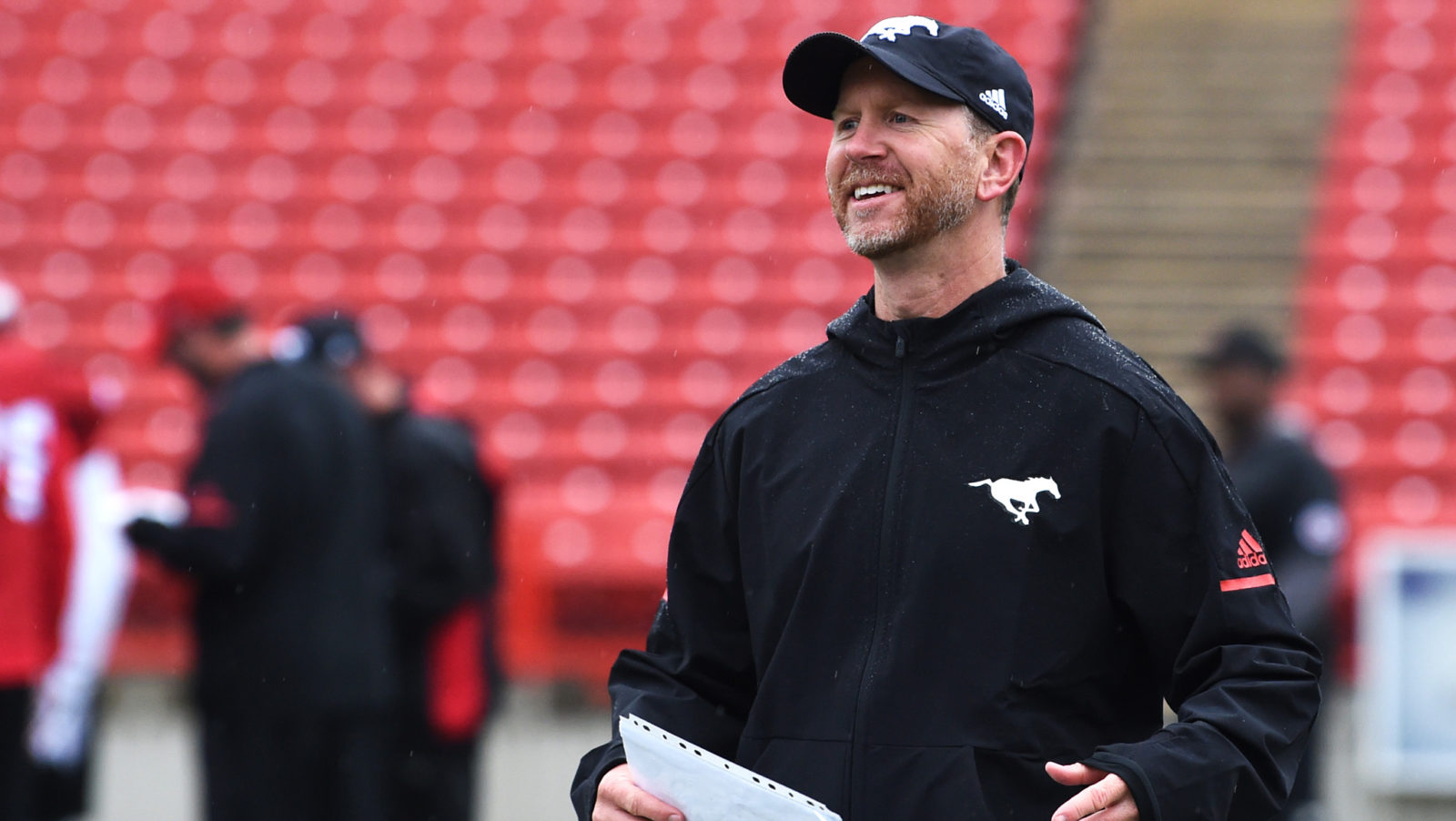 The evening was so sweltering that even the scoreboard was lit up.

Not only does July 28, 2000, mark one of the warmest game days in franchise history, but the stalemate finish against the Roughriders also goes down as the highest-scoring game the Stamps have ever played.

Mark Stephen – the play-by-play voice of the Stampeders since 1996 who has called over 400 regular-season games – remembers it like it was yesterday.

“It was in Regina and it ended up 52-52,” recalled Stephen when asked to share his most memorable broadcast while being associated with the Stamps. “The quarterbacks were Dave Dickenson for Calgary and Henry Burris for Saskatchewan. It had it be about 33 degrees with just incredible humidity. It was just an uncomfortably hot night.”

The four quarters of action were unforgettable on their own, but the addition of a now-outdated overtime format put the turn-of-the-millennium match-up in the record books.

They went through a very entertaining regulation, but the game was tied at 32 at the end of regulation,” Stephen specified. “So overtime begins – and this is one of the reasons they changed the rule – but they used to have four overtime sessions. Calgary had the ball four times and Saskatchewan had the ball four times. They played the full four (sessions) and it ended up 52-52. It was insanity, just going back and forth.”

Dickenson would finish the night with 476 passing yards and six touchdowns. His single-game yardage total ranks 10th all-time among signal callers donning the Red and White, while his six TD’s have him tied atop the club’s ranks with the legendary Peter Liske, Doug Flutie and Jeff Garcia.

Calgary occupied the bench on the East side of the old Mosaic Stadium at Taylor Field and therefore was unable to avoid the eventual shade afforded to the home team. Understandably so, the entire Stampeders squad struggled to recuperate immediately following their marathon outing under the ceaseless sunbeams.

“I remember standing beside the doctors in the locker room and I could overhear them debating about leaving a couple guys behind – particularly lineman – to take to the hospital,” offered Stephen, who was soaked in sweat himself up in the press box alongside colour commentator and Stampeders alumni Greg Peterson.

“They were so dehydrated, but eventually they healed up. And the locker room, because it was so humid and then with the addition of 40 or 50 players, actually had condensation on the floor. Not from guys getting out of the shower, but because it was so muggy. There were looks of exhaustion on everyone.”

Given the extreme temperature coupled with the neck-and-neck nature of the action, it seems only fitting that things finally concluded with an anti-climactic outcome.

“It was just a wild game and I don’t think I’ve ever seen the back and forth like that, especially in those conditions,” Stephen acknowledged.