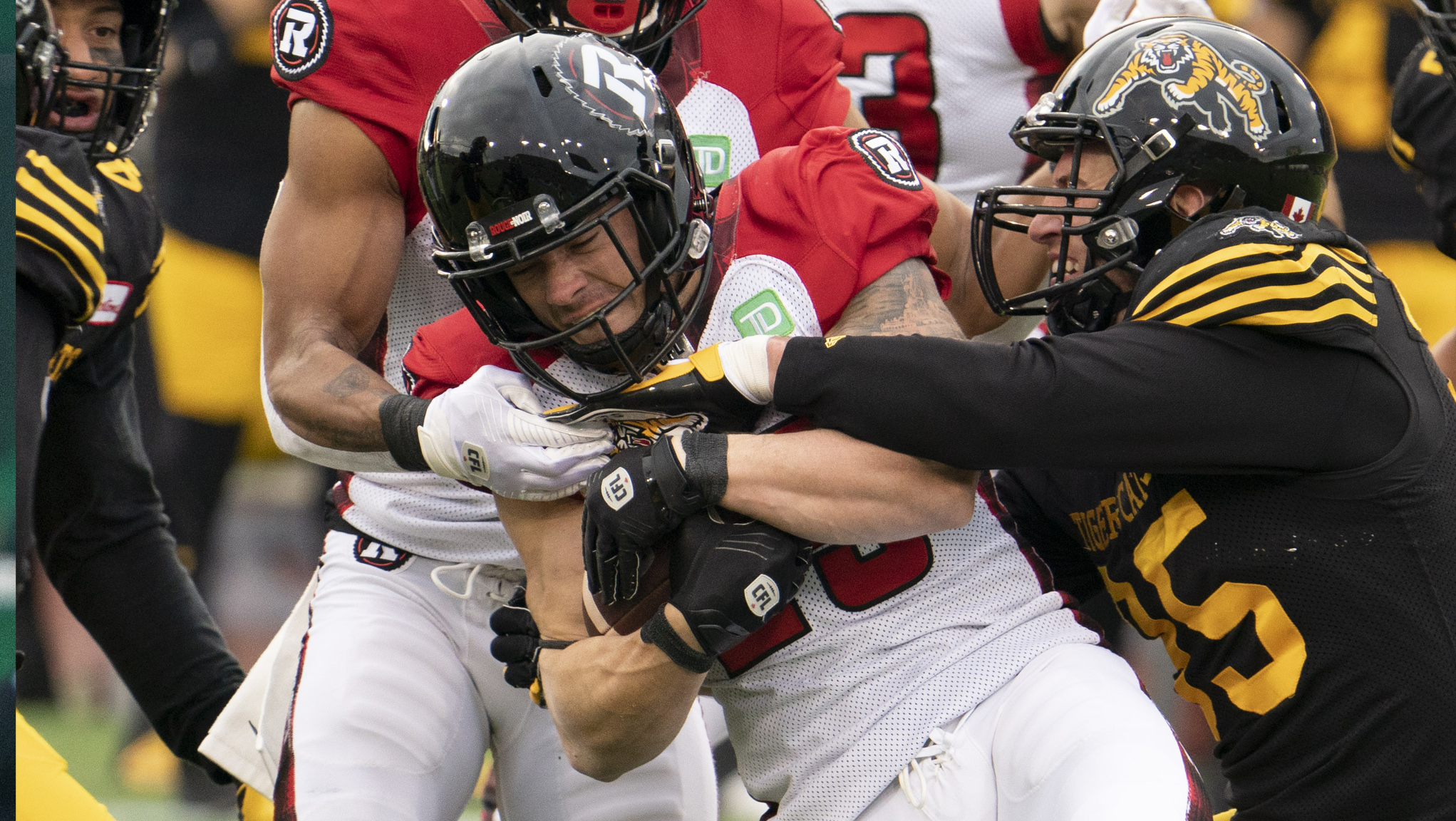 Romick has been with the REDBLACKS since the club’s inaugural season in 2014 and has become one of the most effective and consistent special teams players on the roster. In 90 career CFL games, Romick has 91 special teams tackles, 14 defensive tackles and a sack, the latter coming this season.

Gillanders joined the REDBLACKS in 2016 after spending the first two years of his career with the Toronto Argonauts and a university career with the Ottawa Gee-Gees. Another critical piece of Ottawa’s special teams game, Gillanders recently celebrated his 100th CFL contest. Since his rookie season in 2014, Gillanders has 61 carries for 282 rushing yards, as well as 338 receiving yards on 38 catches.

Howell, a former star with the Carleton Ravens, is wrapping up his third CFL campaign, all with the REDBLACKS. Playing a mix of special teams and safety, Howell has seen his role increase since his rookie season. Heading into Friday’s season finale, Howell has set new career highs in defensive tackles (20) and special teams tackles (9).

The REDBLACKS play their final game of the season on Friday night when they visit the Montreal Alouettes.