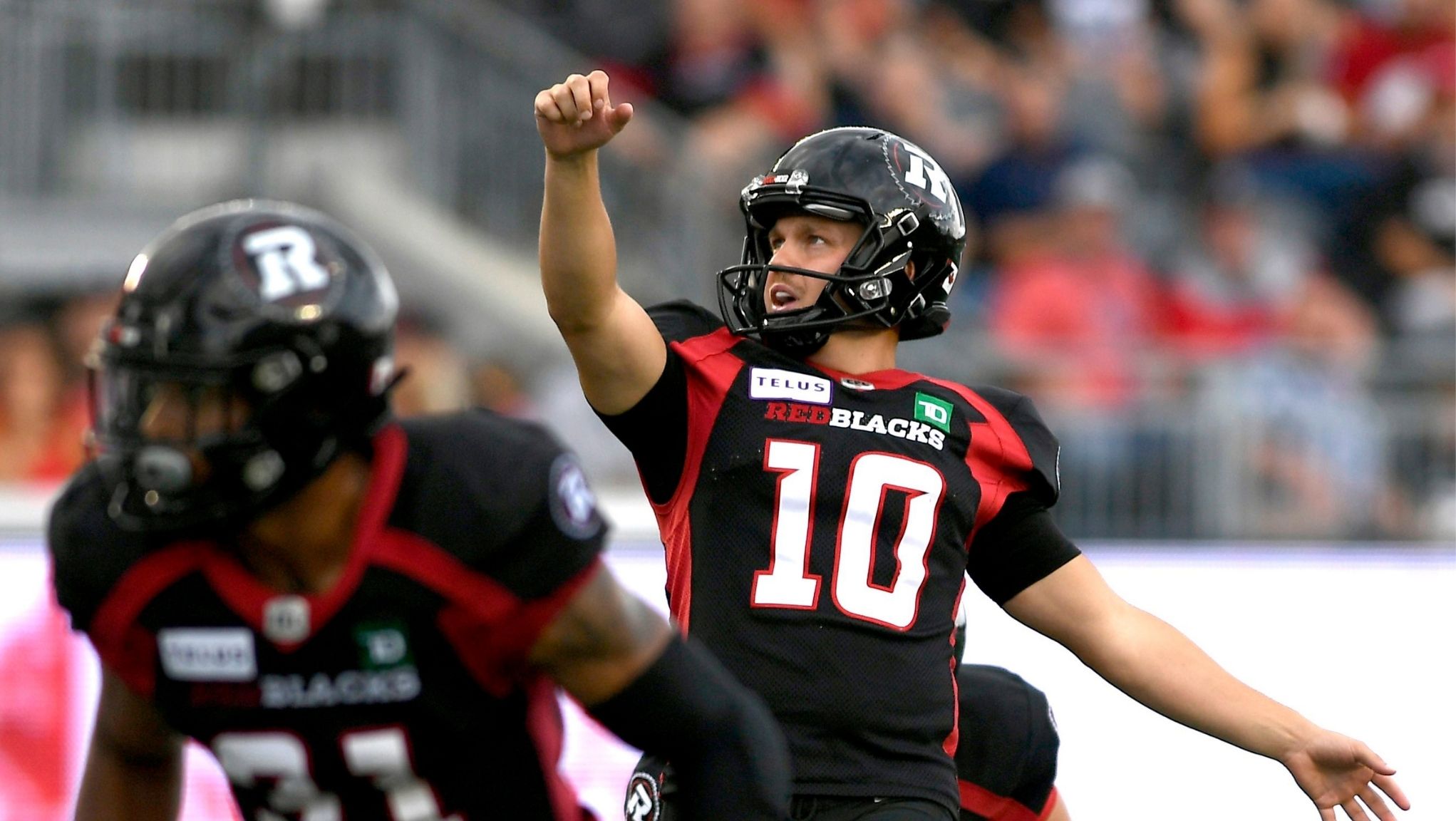 OTTAWA — Preparation for 2022 continued Thursday as the Ottawa REDBLACKS announced the signing of record-setting kicker Lewis Ward to a contract extension.

“Lewis Ward exemplifies what it means to be a REDBLACK,” said interim general manager Jeremy Snyder. “He works tirelessly at his craft and performs when called upon. We are excited to have Lewis in the fold for the 2022 season.”

After emerging as a star in his five-season career with the University of Ottawa GeeGees, Ward signed with the REDBLACKS in January of 2018. Not only did he break the single-game field goals record in his rookie season (seven), but Ward also set the professional football record for consecutive field goals made, with 69, and became the first kicker to ever win the Most Outstanding Rookie award in 2018, finishing the season with an all-time best field goal accuracy record of 98.1%.

The Kingston, Ontario product has converted on 90% of his field goal attempts thus far in 2021, making good on 27 of 30. Through 12 games, Ward has produced a total of 93 points for the REDBLACKS.