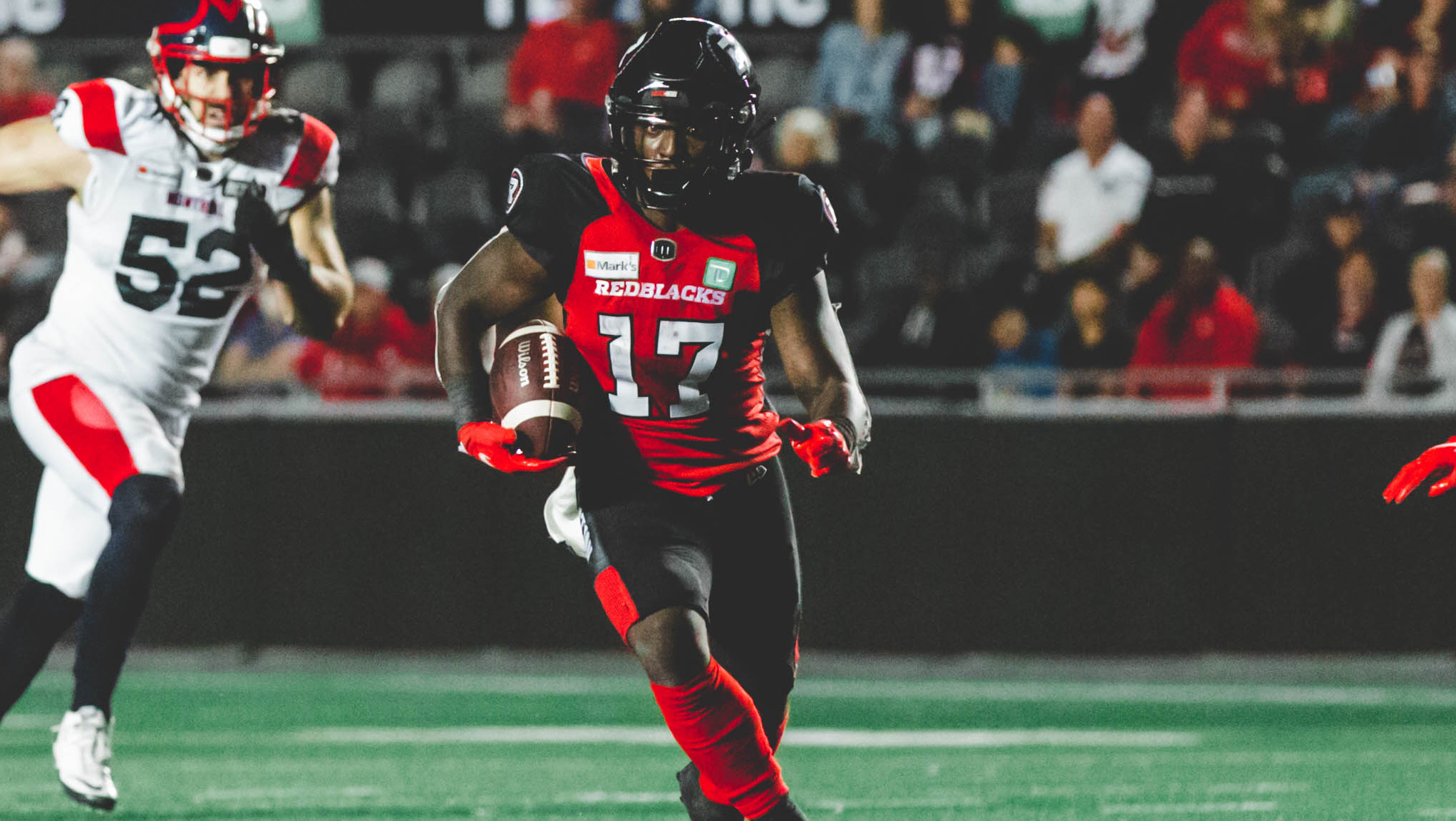 OTTAWA — The Ottawa REDBLACKS have released receiver and kick returner DeVonte Dedmon to pursue an NFL opportunity, the team announced on Wednesday.

After signing with the REDBLACKS on May 22, 2019, Dedmon made an immediate impact in the CFL. Five appearances through his rookie season saw Dedmon return 16 kicks, and 22 punts, for a total of 881 yards. He scored the first touchdown of his professional career against the Montreal Alouettes on August 2, 2019, returning a kick 111 yards for the score. In that same game, Dedmon also notched a 95-yard punt return touchdown, setting a REDBLACKS franchise record with 377 total return yards in a single game.

The 26 year-old Dedmon built on his stellar rookie campaign during the 2021 season, racking up a combined 2,841 return yards across punts and kicks, along with three touchdowns in the return game. With his third of the season, coming against the Toronto Argonauts on November 6, 2021, Dedmon became the fastest player in CFL history to reach five career return touchdowns, in just 15 games. Offensively, he posted 65 rushing yards and a touchdown, to go with 98 receiving yards.