TORONTO — Expect there to be plenty of competition for handoffs from Argos quarterback Nick Arbuckle this year when the 2021 CFL season kicks off.

John White IV is the clear favourite in a crowded Argonaut backfield, but returning sophomore A.J. Ouellette may have something to say along with NFL veterans Bishop Sankey and Kenneth Dixon. Matt Colburn II has also been added, while former Buffalo Bills standout Karlos Williams announced his retirement three weeks ago.

Williams, the Florida State product who became one of the NFL’s top rookies in 2015 with 517 yards and seven touchdowns, might have been one of the league’s most intriguing training camp stories in 2020 if not for the global pandemic that cancelled the season.

Nonetheless, the Argos must produce more by way of the ground in order to complement an exciting new cast of receivers which includes former Stampeders Eric Rogers, DaVaris Daniels, and Juwan Brescacin.

Last year Toronto ranked in the middle of the pack in rushing production with 5.1 yards per carry, while negative game scripts and low volume saw the Argos finish dead last in rushing attempts (260) and touchdowns (5).

RELATED
» O’Leary: Some would-be training camp thoughts
» Risk and Reward: 8 ‘futures’ that eventually made it to Canada
» Landry: Anti-rouge? Maybe you missed the point

Those woes date back to 2018 when the club also ranked near the bottom in most major rushing categories. Over the last two years, the Argos have averaged just 16.7 rushes per game — by comparison, defending Grey Cup Champion Winnipeg has averaged 24.1 carries per game over the same span.

The Argos saw what a strong running game can accomplish at the end of 2017, when James Wilder Jr. rushed for 700 yards over the final six games of the regular season. Toronto would go on to capture the 105th Grey Cup in memorable fashion on a blizzardy night in Ottawa.

Most of the recent Grey Cup winners have been strong on the ground, whether running the ball or stopping the run, a fact that isn’t likely lost on first-time head coach Ryan Dinwiddie.

We know that in 2021 the Argos will be led by newcomers Dariusz Bladek and Philip Blake on the O-line, along with a trio of recent first round draft picks. But who will be toting the rock? Let’s have a look at the options:

Now on his fourth team in as many seasons, White may seem like more of a journeyman at this point in his career. Still, the 30-year-old was a quietly solid signing for the Argos this winter, coming off his first ever 1,000-yard season in 2019. Despite playing on a struggling offence in BC, White was heavily involved, piling up 1,004 yards and seven touchdowns with a 5.2-yard average. He added 341 yards through the air on 46 catches.

At a minimum White offers a solid veteran presence with speed and versatility out of the backfield, critical to a group that is otherwise filled with ‘what ifs’. But White has some upside of his own, dating back to 2014 when he went toe to toe with one of the league’s best in Jon Cornish. That year White had 852 yards in just nine games, averaging 6.9 yards per carry before a devastating season-ending injury.

Given his pedigree, there’s no reason a fresh and re-focused John White couldn’t be among the league’s elite in 2021 if given a leading role. And White’s expansive CFL resume gives him a significant edge over the rest of the Argo running backs. 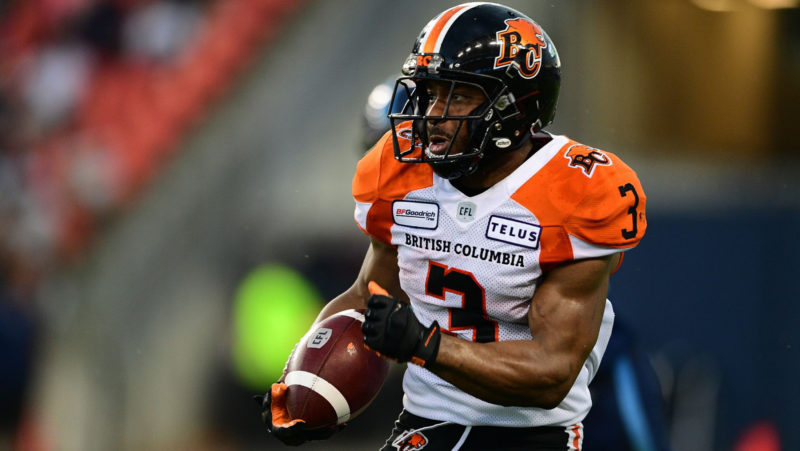 Despite being a second round draft pick (54th overall) by the NFL’s Tennessee Titans in 2014, Bishop Sankey was not allowed much time to prove himself. The 5-foot-10, 213-pound back struggled in his rookie season south of the border, rushing for 569 yards on 152 carries (3.7 yards per attempt) with two touchdowns and two fumbles. After two years and just 12 NFL starts, Sankey was released and would never play another NFL game.

Following brief stints with New England and Kansas City, Sankey signed with Minnesota where he tore his ACL, ending his 2017 season. He then signed with the San Diego Fleet of the Alliance of American Football for the 2019 season, finally getting to play before the league closed its doors. Late in the 2019 season he signed with the Argos, but had yet to play a game before extending his contract last December.

Before going to the NFL, Sankey was a star for the Washington Huskies of the NCAA Pac-12, ranking third in school history with 3,496 yards in addition to 37 touchdowns. He was a second-team All-American in 2013 and a first-team All-Pac-12 the same year. Sankey should come to Argos camp motivated knowing this may be his last chance to play football professionally. And with a strong frame, low centre of gravity, and 4.49 speed (clocked at the 2014 NFL Combine), the Boatmen hope to unlock some of the high upside that made him a second round NFL draft pick.

One of college football’s most productive running backs for four years at Louisiana Tech, Kenneth Dixon can more than handle the workload of a starting CFL running back. The 27-year-old, who was drafted in the fourth round by the Baltimore Ravens in 2016, just needs an opportunity. Dixon rushed for 382 yards and two touchdowns and added 30 catches as an NFL rookie before missing the entire 2017 season due to a suspension followed by a torn meniscus.

Limited by two separate knee injuries the next two years, Dixon flashed his potential with a strong finish to the 2018 season for Baltimore, rushing 60 times for 333 yards and an impressive 5.6-yard average. His career NFL rushing average of 4.8 yards per carry, along with an impressive college resume — including an NCAA freshman record of 27 rushing touchdowns and Freshman All-America Team honour in 2012 — makes him a prospect of interest for the Argos at the position.

Unlike the previous two players on this list, AJ Ouellette is not a household name south of the border or in Canada. But that doesn’t discount the 25-year-old’s chances of not only making the Argos’ roster this summer but potentially taking on an important role in the offensive backfield. Argos fans already saw Ouellette in action towards the end of the 2019 season, when he carried the ball 23 times for 114 yards. His best game was on Oct. 26 against Ottawa when he totaled 108 yards from scrimmage, including five catches for 39 yards and a touchdown.

Ouellette has always embraced the underdog role. He arrived at his Ohio University pro day wearing apparel from his own brand called NO NAME, sporting the tag line ‘Beat The Odds’. And so far he has, earning NFL stints with the New Orleans Saints and Cleveland Browns despite never being drafted or even earning an invite to the NFL Combine. A month after being waived by Cleveland, Ouellette signed with the Argos in September 2019 and quickly earned quality playing time.

At his pro day, Ouellette ran a 40-yard dash of 4.48, which would have ranked fifth among running backs at the combine. He also graded well in the shuttle and three-cone, and had 32 reps on the bench press. Sometimes talented backs slip through the cracks in the NFL, and the Argos might just have a diamond in the rough in Ouellette.

Another relative unknown on the Argos’ running back roster, Matt Colburn II was on NFL radars after going undrafted in 2019, eventually attending training camp with the Los Angeles Rams. He was cut before the season and eventually drafted by the XFL’s New York Guardians, where he had just one rushing attempt and two receptions for a total of 14 yards.

In college, Colburn was an immediate contributor for the Wake Forest Demon Deacons, carrying the ball 12 times and finding the end zone in his first game as a freshman in 2015. He would lead his school in rushing in each of the following three years, including a stellar senior season that included a career-best 243 yards vs. Louisville on Oct. 27, 2018, tying the fifth highest single game total in school history.

The sixth-ranked rusher in Wake Forest history with 2,528 yards, Colburn ran a 4.47 in the 40 at his pro day in 2019, along with a 31-inch vertical and 25 reps on the bench press. He may be a longshot against some pretty big names in Argos camp, but should have every opportunity to impress the coaching staff and earn a roster spot after his 24th birthday in July.