TORONTO — Tre Ford knows that to be a professional football player, you have to make good decisions and put in the work.

That’s why the quarterback from Waterloo is confident that whatever team decides to select him in the CFL Draft on May 3 is going to get someone that’s willing to do whatever it takes to help them win.

“I think I’m a really hard worker on and off the field,” Ford told CFL.ca at the CFL.ca Combine presented by New Era last month. “And I think the second one, which relates a lot to being a quarterback as well, is decision making. 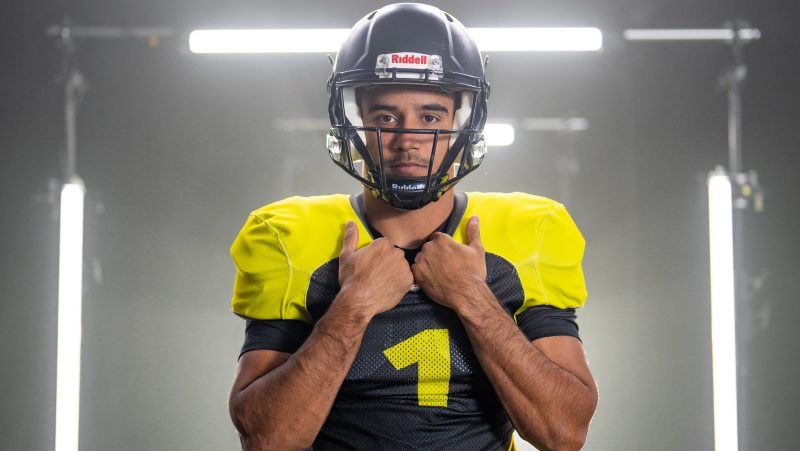 Tre Ford is looking to hear his name called in the CFL Draft on May 3 (Kevin Sousa/CFL.ca)

This past season, Ford passed for 1,465 yards and added 629 yards on the ground in six games, en route to claiming the Hec Crighton Trophy. Ford finished his collegiate career with 71 touchdowns (56 passing and 15 rushing), while notching more than 7,000-passing yards.

At the CFL Combine presented by New Era, Ford led all prospects with a time of 6.85 seconds in the three-cone drill. He also clocked a 4.45-second 40-yard dash at the University of Buffalo’s pro day. He also put up 17 reps on the bench press.