TORONTO — Grey Cup Sunday is the day that quarterbacks pen their legacy.  Some are completely unstoppable and others do what they can to manage a game to try and keep their squad in the fight.

Canada’s championship has seen its fair share of phenomenal performances from the game’s most critical position and given that it is Grey Cup Unite, we here at CFL.ca thought we would take a look at the numbers that separate some of the greatest Grey Cup performers ever both in victory and defeat.

Ever since the forward pass was introduced into the Canadian game it has ruled the way, stretching the field and making for some of the most iconic plays in CFL history.  The team that boasts the game’s passing yard leader doesn’t always win the Cup but it does more times than not.

Here is a look at the gunslingers that hold the best mark for single-game passing yards: 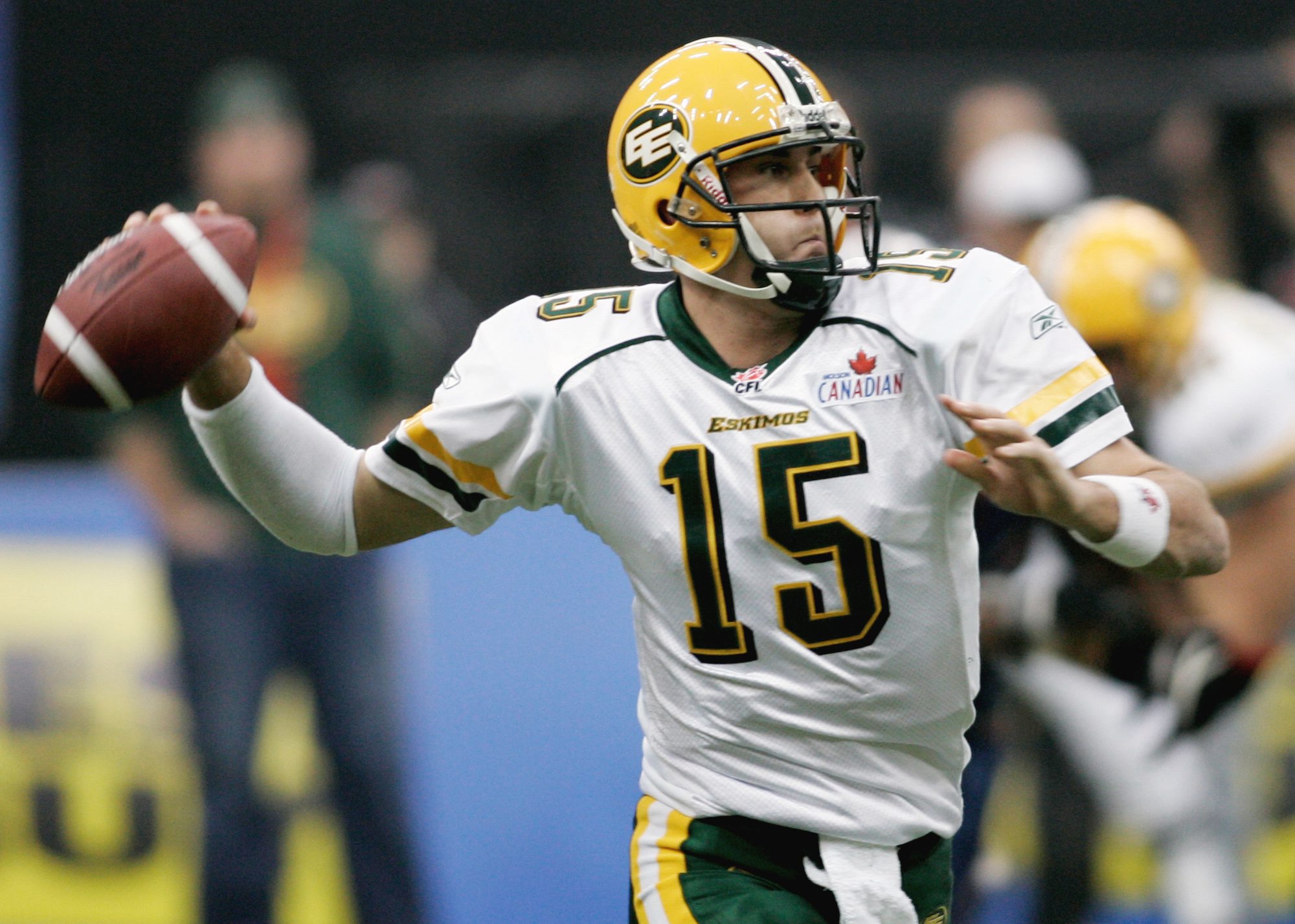 If the sheer volume of passing yards doesn’t impress you, surely accuracy will.  Some of the league’s all-time best — Flutie, Ray and Calvillo — have made Grey Cup Sunday the showcase for precision passing.  And as more of a focus has been placed on ball control over the last few decades it should be no surprise that the top six in this category all did their work in the last 25 years.

Overtime games in 2005 and 2016 allowed Ricky Ray and Henry Burris to each complete 35 passes, both in winning efforts.  Here is a look at the all-time leaders in passes completed in a Grey Cup game.

The aforementioned 2005 Grey Cup game featuring Ricky Ray re-air this FRIDAY on CFL.ca as a part of the CFL in 40 presented by CDIC broadcasts.

Those who have attempted the most passes are not always the victors.  Former Calgary QB Danny Barrett holds the record for most passing attempts in a game by a significant margin.  His 58 pass attempts in 1991 are nine higher than the next pivot and he did so in a losing effort to Toronto.  Even more interesting, he racked up those 58 passes in a closely contested game which is the coldest contest in Grey Cup history; an environment conventional wisdom would make us believe is more conducive to running the football.

In fact, five of the top seven single-game attempt totals have come in losses. 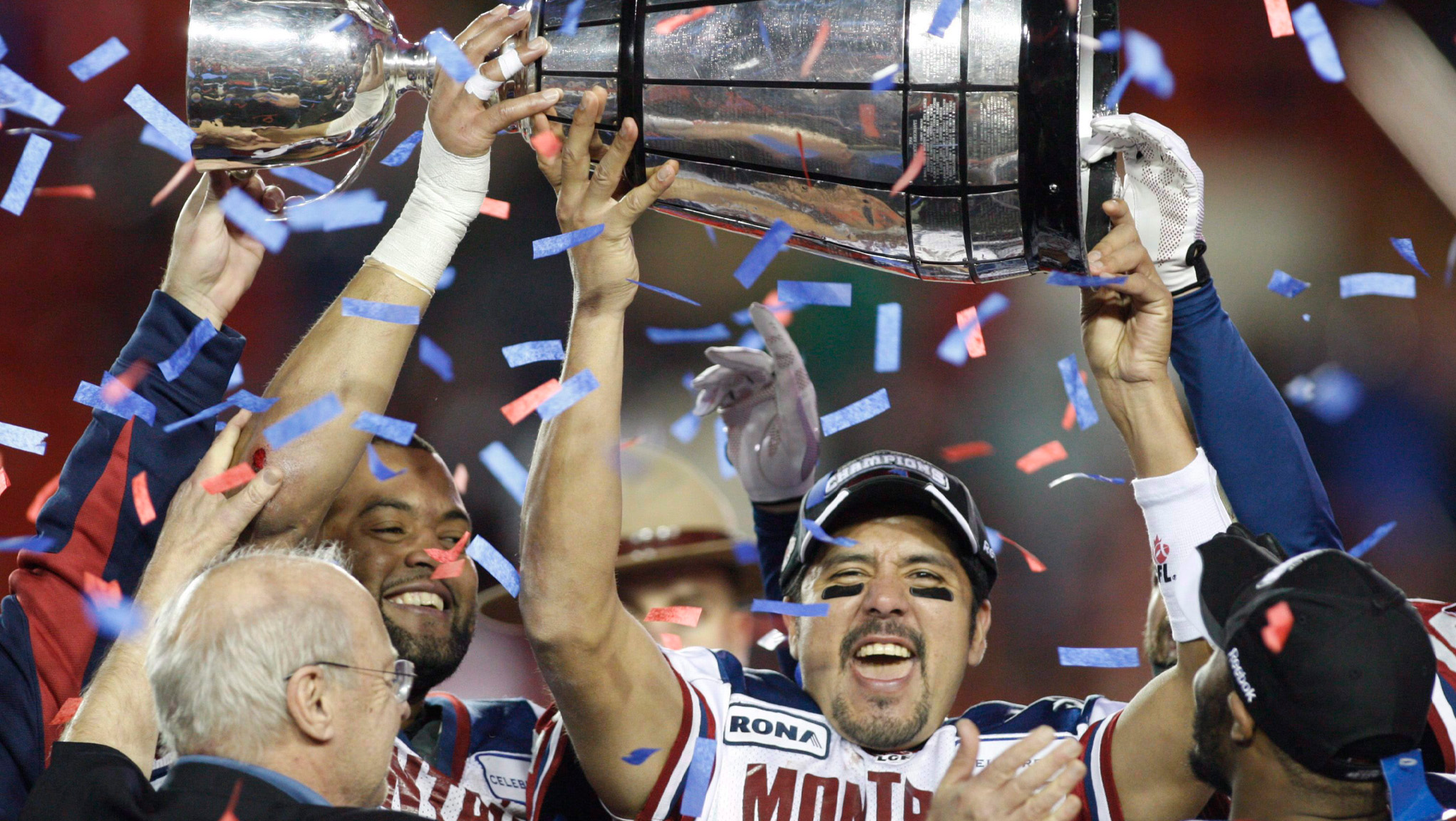 You will see Anthony Calvillo’s name in a number of single-game categories above but he also bests other QBs in career accomplishements.

Russ Jackson’s 1969 performance when Ottawa topped Saskatchewan earned him sole possession of first place in single-game TD passes with four.  Thirteen others have tied for second with three majors and the list includes Hall of Famers such as Ron Lancaster, Danny McManus , Flutie, Joe Krol and Warren Moon.

It is an accomplishment so nice, Doug Flutie did it twice … in the same game.  Flutie holds the record for most consecutive passes in a Grey Cup game with 12 straight in 1997.  Once his streak was broken he reeled off another 10 straight later in the game against Saskatchewan en route to back-to-back championships with Toronto.

Burris is the only other to crack the top three after he completed 11 straight passes in the 2008 Grey Cup win over Montreal while a member of the Calgary Stampeders.