WINNIPEG — The Winnipeg Blue Bombers have agreed to terms on a new one-year contract with all-star offensive tackle Stanley Bryant.

Bryant (six-foot-five, 306 pounds; East Carolina; born: May 7, 1986 in Goldsboro, N.C.) is one of the most decorated linemen in Blue Bombers and Canadian Football League history.

Named to the CFL All-Star team for a sixth time in 2021 at left tackle, Bryant was also selected as the CFL’s Most Outstanding Offensive Lineman and in so doing became the first player in league history to win that award three times, after having previously been honoured in 2017 and 2018 and was the runner-up for the award in 2019. 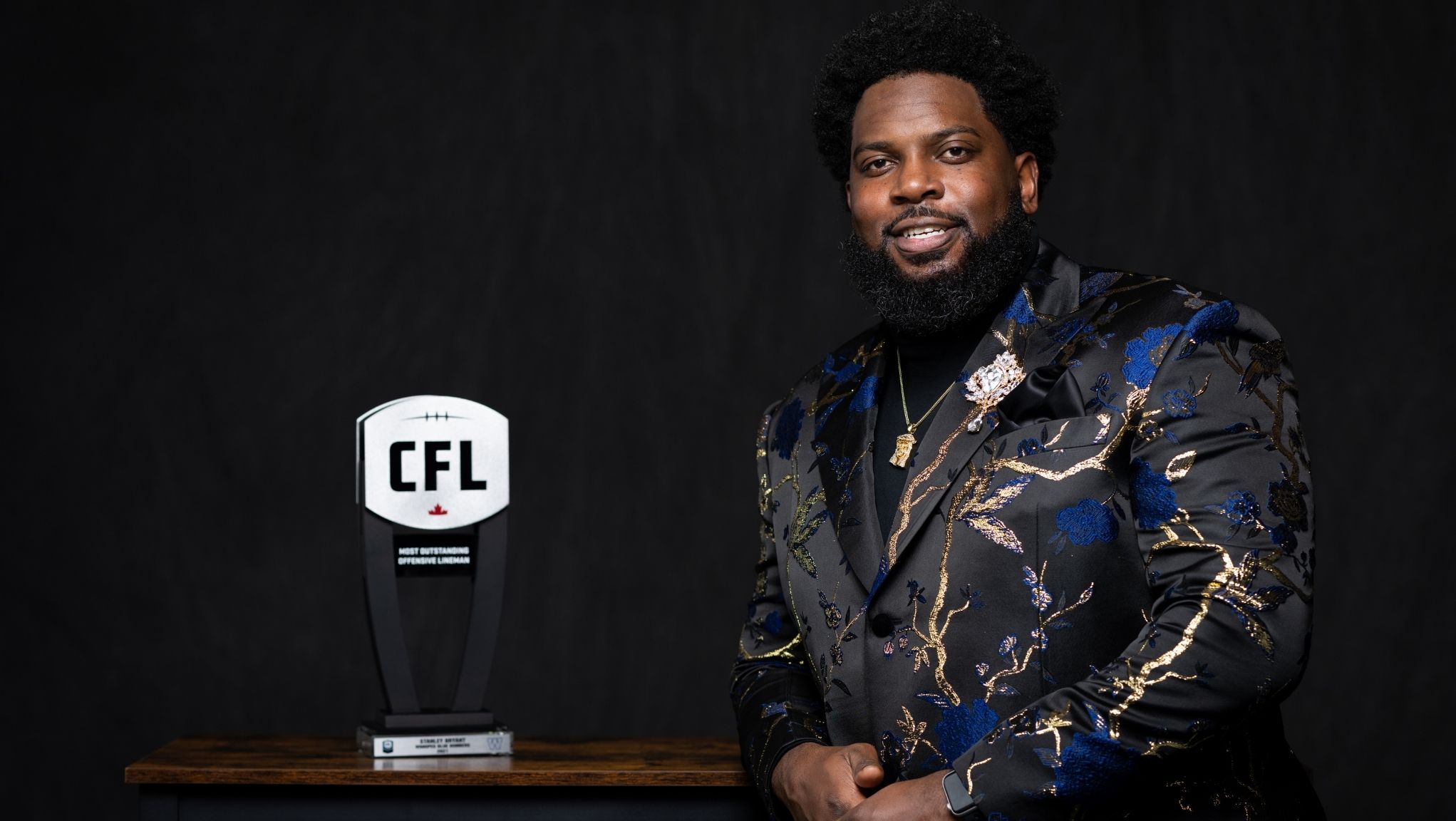 Bryant poses with the Most Outstanding Offensive Lineman trophy at the 2021 CFL Awards. The left tackle is the only payer to have won the award three times (Kevin Sousa/CFL.ca)

Bryant was also named the Blue Bombers’ Most Outstanding Offensive Lineman for a fifth time in 2021 and has been so honoured seven times in his career, including in 2011 and 2013 as a member of the Calgary Stampeders.

Bryant has been a mainstay on the left side of the Bombers’ offensive line since first signing with the club as a free agent in 2015. He was part of an offence that led the CFL in scoring in 2021 and anchored a unit that surrendered the fewest quarterback sacks while helping three different running backs compile the second-best rushing totals in the league this season.

As durable as he is dominant, Bryant had dressed for 103 consecutive games for the Bombers since his arrival in 2015 before that streak was snapped, as he was rested for a game against Montreal in November.

He has now appeared in 169 regular-season games with the Bombers and Stampeders and has three Grey Cup championships to his name: 2021 and 2019 with Winnipeg and 2014 with Calgary.