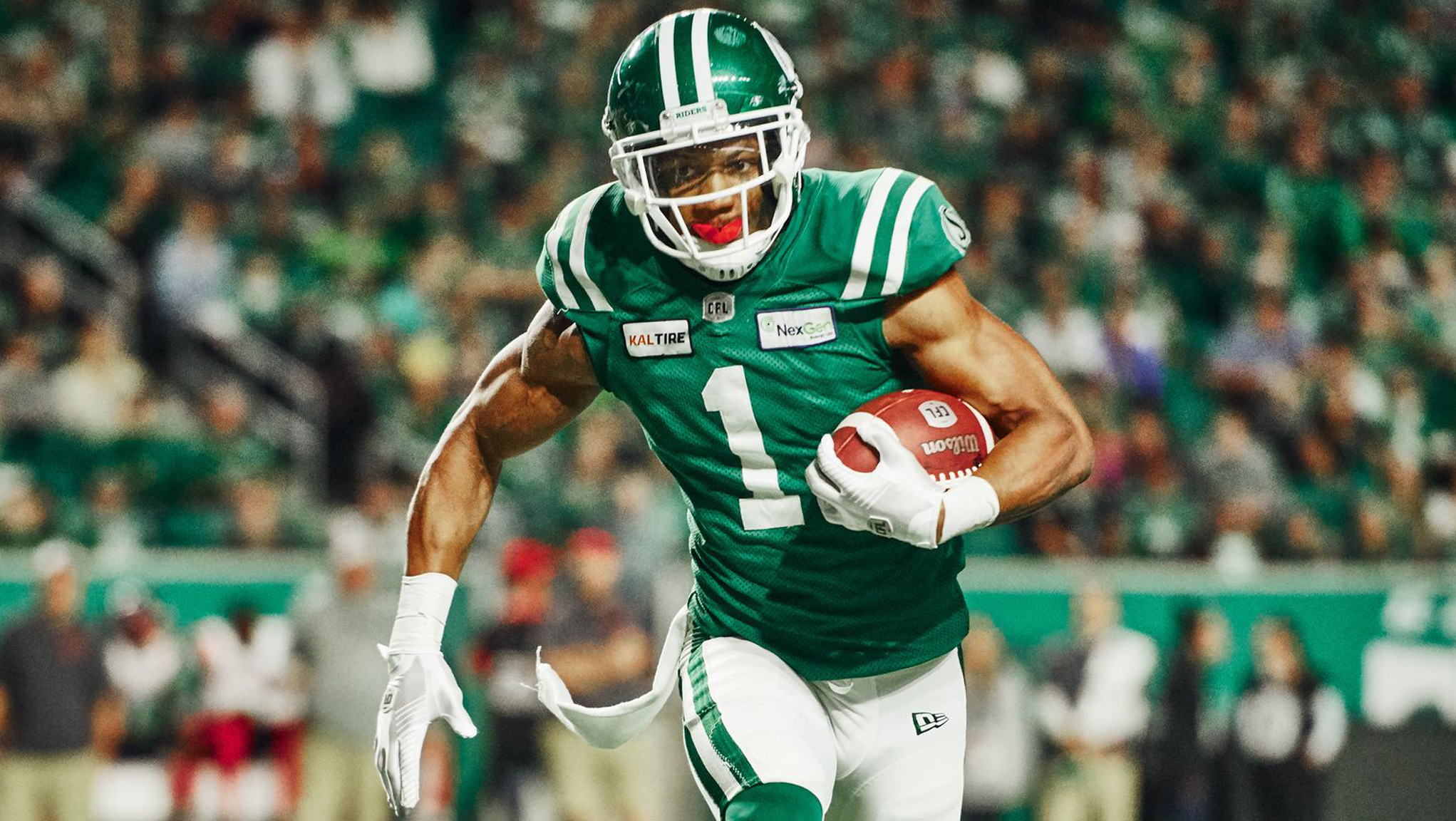 There are a lot of things that Shaq Evans may not have envisioned when he was exploring the options of a pro football career.

The CFL likely wasn’t on his radar until the NFL came off of it. A fourth-round pick by the New York Jets in 2014, the receiver went to Dallas, New England and Jacksonville before landing with the Saskatchewan Roughriders in 2018. Over the next two seasons, though, Evans found his niche in Canada and established himself as one of the top receivers in the league.

When the pandemic hit, Evans couldn’t have seen himself being a leader in leading the push for people to get vaccinated. But here he is, 14 months after the world came to a stop, encouraging people on both sides of the border to take the steps needed to get us going once again.

“It was honestly just me trying to raise awareness. It wasn’t something I was planning on doing or had a goal in mind. I just wanted to put it out there,” Evans said from his home in Inglewood, Cali.

“I know a lot of people look at me, or my tweets or my Instagram. I want people to know that it’s safe and it’s the best way for us to get back to normal and the best way to get back on the field.”

After Evans got his first dose of the vaccine, he posted a video to social media.

The 29-year-old had his apprehensions about getting vaccinated as well, but took the advice of his girlfriend and got his shot.

Since then, Evans has become something of an ambassador for the cause. He’s continued to advocate for people to get their vaccine when it’s their turn, including his teammates. He recently joined a call with Edmonton’s Dr. Dhiren Naidu to help give his teammates information about vaccinations to help get them on board too.

Me and other teammates and staff of @sskroughriders had a great talk about vaccines and their safeness and effectiveness with a top medical professional. It gave me less anxiety about getting my second dose! And I’m sure it alleviated some concerns of other players!

Being on that Zoom call gives me the confidence to continue to encourage everyone to get your vaccine as soon as it becomes available to you! It’s the best way for us to get back on the field and for the entire world to get back to normal!

“It’s always good to hear from somebody that has first-hand experience…that’s close to the situation, that knows what they’re talking about,” Evans said of the call, which went about 45 minutes with a detailed explanation of how each of the available vaccines work.

“When you hear from an actual medical professional, that is giving us this information it does help alleviate at least my concerns and then other teammates as well,” he said.

“It’s not about what’s said, it’s who said it. It definitely makes me less apprehensive to go and get my second dose.”

Evans has thought a lot about what a post-vaccination life and ultimately a post-pandemic world will look like. It’s been over 18 months since he last suited up for the Riders. He’s missed the roar of a crowd, the camaraderie that builds up in a locker room through a season. He’s missed Canada and being out in the community in Regina.

Most of all, he misses being on the field and helping his team take its next steps in pursuit of a Grey Cup. Cody Fajardo had a breakout season in 2019 as a first-time starter and led the league in passing, which facilitated Evans’ 1,334 receiving yards season. With offensive coordinator Jason Maas coming aboard in Dec. 2019, the possibilities seem endless for the green team’s offence.

“I feel like we could be the best offence in the league,” Evans said.

“I know Cody’s going to be great, then we’ve got a new coordinator that’s going to add a little more innovation to our offence, moving us around more, putting us in spots to succeed. We’ve got Willie P (William Powell) coming back, who’s a dynamic running back, great at making people miss. He’s going to get four yards at least, every time he gets the ball.

“We’ve got some weapons, we’re pretty deep. We’ve got Jordan Williams-Lambert coming back and look out for Paul McRoberts. He’s a guy that can make amazing catches. It’s going to be a competitive training camp and that’ll make us even better as an offence.”

Evans sees room for improvement for himself, too. One of the few benefits of not playing football for a year is that he’s healed up from groin surgery that he had in February, 2020, while saving his body a year of the bumps and bruises that come with the game.

“I think we’re gonna pick up where we left off, and be even better,” he said. Just adding Jason Maas, I feel like his innovations on offence are definitely going to make us more dynamic playmakers.”