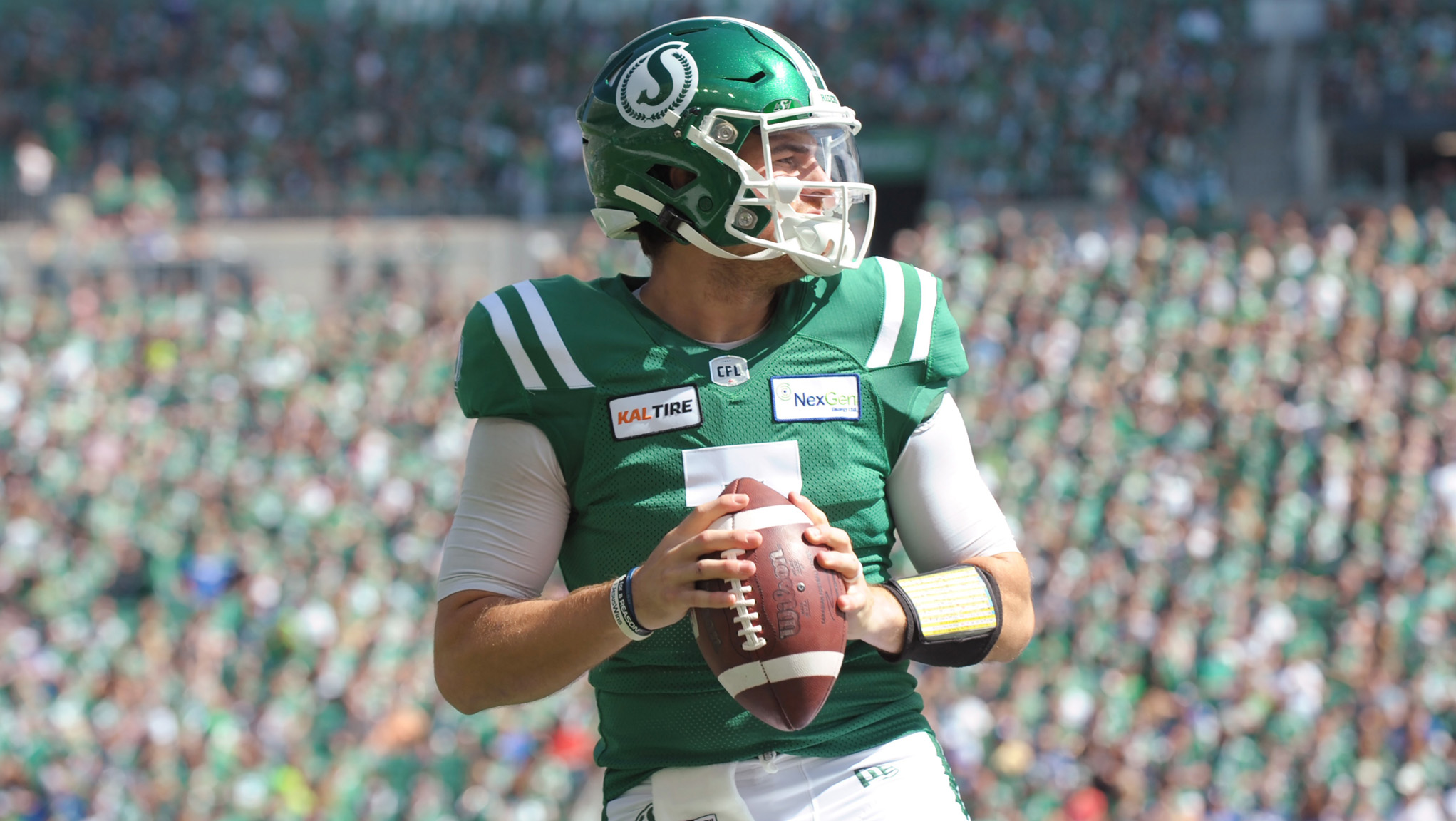 Ten years ago this weekend, I sat in the backseat of a rental car that snaked its way through downtown Calgary, headed west.

My stomach tensed as I thought about the day ahead of me; that was a common feeling that year. It was my first season on the Elks beat, working for the Edmonton Journal. The Mark’s Labour Day Weekend felt heavy to me, as did many of the responsibilities of covering the team full-time.

I always knew that Labour Day mattered, that more eyes were on that game than any other during the regular-season. It was an event and that transitional moment that took us from summer into the responsibilities of fall. It was and is for thousands of football fans in Alberta, a tradition. I didn’t know it at the time but that day in that rental car, it became tradition for me too.

I’d spend five consecutive Labour Days and CFL seasons in rental cars and in cabs, on flights, in hotel lobbies and restaurants with what I’d argue is about as excellent a trio of colleagues that you’ll find. One of Dave Campbell or Morley Scott usually drove and more often than not, we surrendered shotgun to Postmedia’s Gerry Moddejonge because if you’ve ever met Gerry, you know that it’s inhumane to try to squeeze a gigantic human into a backseat; we did it sometimes, though.

I’ll always remember that first game day ride to McMahon with them. It’s a short trip but it was full of stories, jokes and spot-on impersonations of iconic Edmonton radio figures. I laughed to the point of tears that day, and it took some of the pressure off of me when we got to the stadium. It’s something I think of every year at this time. There isn’t room for fandom in press boxes and newsrooms, but tradition is that one staple of sports that sinks its hooks into you, whether you sit on either side of a rivalry or are impartially observing from your seat on the fence.

With that, here are a few (largely prairie-focused) things I’m thinking about as we head into those three matches that warrant capitalizing the C in Labour Day Classic.

Calvin McCarty spent 13 years in Edmonton’s Green and Gold, winning a Grey Cup in 2015 and establishing himself as the tone-setter in the locker room at Commonwealth Stadium. He retired in the spring, but injury prompted his longtime arch-rivals to give him a call to gauge his interest. He signed quickly and has spent the 2021 season with the team, though he hasn’t gotten into a game yet. Even if he doesn’t make his debut with the Stamps on Monday — he’s been a full participant in practice this week —  it should be a surreal experience for McCarty to be sharing the field with the Elks on Labour Day but wearing Stamps gear.

There’s been a longstanding train of thought that you should have a pretty solid indication of what your team is when it comes out of Labour Day Weekend. In normal times, it’s the midpoint of the season and teams would have eight or nine games to have developed that chemistry, to gauge their talent and their ability to win. This year, Labour Day hits on Week 5, when we’re a third of the way through this irregular schedule. I have no doubt the atmosphere at the games this weekend will have that same summer-can’t-be-ending-yet energy, but can we confidently look at any of these teams and say yet that they are what they are?

Maybe in one game.

Sunday’s Riders-Bombers meeting should be a treat. The Riders are undefeated and seem like they’re heading in the right direction in all three phases of the game. Cody Fajardo is putting together MOP-worthy numbers and the Riders defence — the same one that we all wondered if it would be any good at all after that rash of injuries through training camp — has been an aggressive, turnover-creating machine.

The Bombers have that enviable trait of being able to act like they’ve hopped from Nov. 2019 right into the present day, like the pandemic in between never happened.

Winnipeg has all of the championship swag that you would have expected the team to take into the 2020 season, had there been one. They’ve won without Andrew Harris and they’ve won with a rookie kicker having field goal duties thrown at him. Zach Collaros has tapped into his best-of highlight reel at times this season and in my eyes, is working with the most talented receiving corps that the Bombers have had in years.

Neither team is a finished product yet, but they feel far ahead of most of the league right now, whose ingredients are still in the (presumably football-shaped?) oven.

UNDER CENTRE FOR THE STAMPEDERS

While marveling over how well Jake Maier has played in his two starts for the Stamps, it dawned on me just how impressive the organization has been in having an all-star calibre QB on the field over the last decade. We see it with Maier now, sliding in and filling Bo Levi Mitchell’s role so well. Before Maier there was Nick Arbuckle and Canadian QB Andrew Buckley behind Mitchell. Don’t forget that Mitchell came in to work behind Drew Tate, before winning the starting job. Tate briefly took the reins from Hall of Famer Henry Burris with that transition sparked, if I recall correctly, on my first trip to McMahon for a Labour Day game back in 2011.

We all know that QB is the most important position for a team, but the Stamps have set the bar for seamlessly moving from one starting pivot to another. That’s no easy task.

BEFORE THEY KICKOFF IN CALGARY…

Send some good thoughts to Dave Jamieson. The former director of marketing, communications and broadcast for the Elks and now a prominent figure in Edmonton’s sports talk radio scene, Dave J. has been very open and honest about his ongoing battle with cancer.

If you’ve met Dave, or even just listened to his show, you’ll know that he’s a wonderfully smart and funny person, that handles situations of ranging difficulty — prying answers out of media types on the radio, for example, or in his time with the Elks, fielding calls from international media asking, ‘Did one of your players actually try to fight another with a shovel in practice?’ — with an unwavering amount of grace, lightheartedness and professionalism. It’s not surprising that he’s handled his cancer battle the same way, but it’s definitely admirable. Keep fighting, Dave. Your listeners and CFL fans across the country have your back.