Change, sometimes regardless of the scale of it, can be hard for people to accept.

We see that across the board in life, but if you’re a fan of the CFL, you see it through a specific lens. When you have a league that’s played its championship game 108 times, you’re bound to get attached to certain aspects of the game, the way it runs and the way it looks.

That’s what made Wednesday pleasantly strange. When the league announced its rule changes for the coming season, the online reaction felt more like open arms than folded ones.

A process that started with a coast-to-coast surveying of the league’s fans, business and football leaders from each of the CFL’s nine clubs and representatives from the CFL Players’ Association culminated in Wednesday’s announcement.

“Some of the changes are kind of incremental and (that’s) by design,” said Darren Hackwood, the associate vice president of officiating for the CFL.

“We want to make sure that we’re doing what’s right for the game. At the same time if (the changes) work out we can add to them next year. I was kind of concerned that the reception might be, ‘Well, you’re not doing anything.’ It definitely was refreshing to get some positive feedback.” 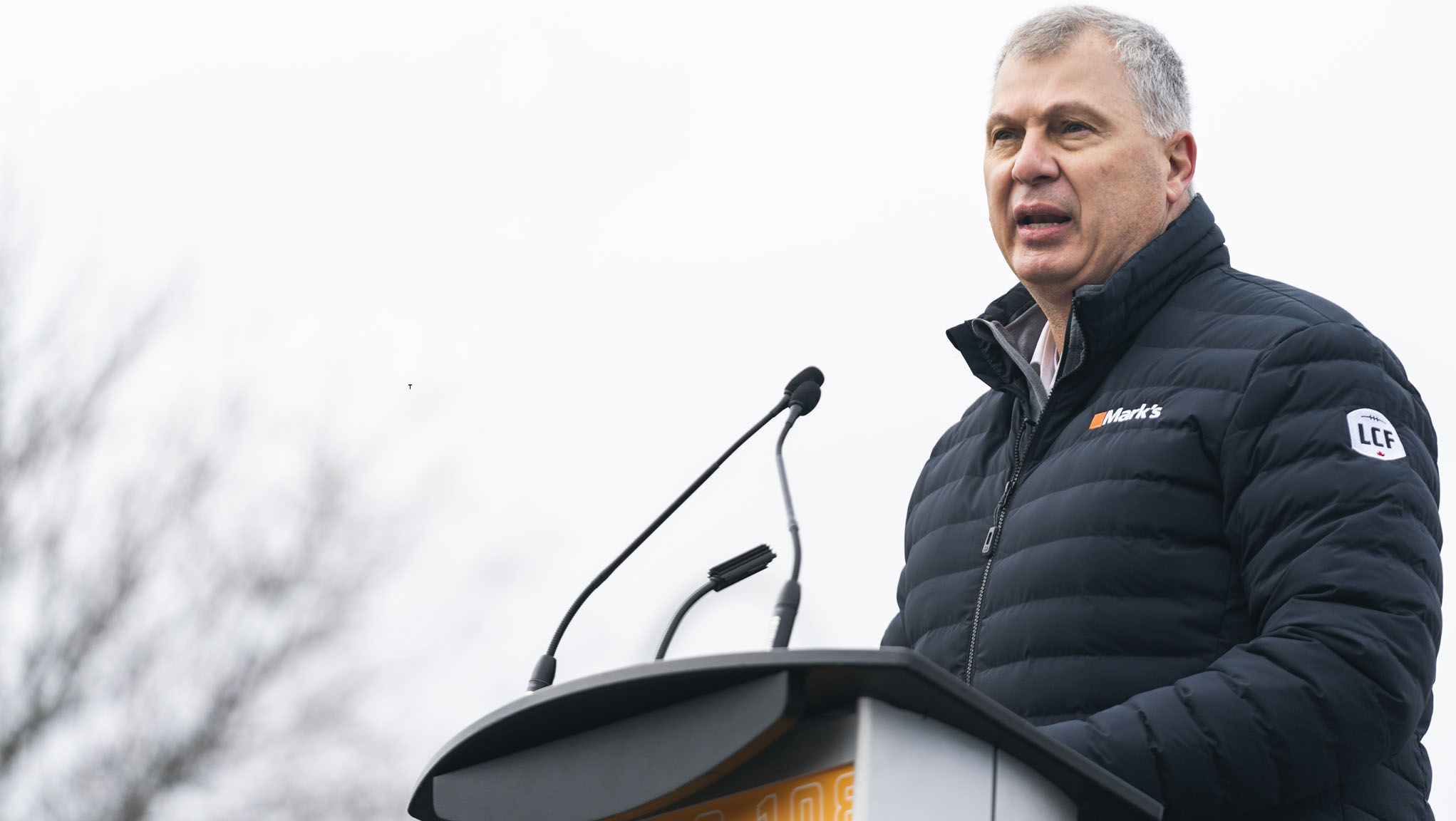 The change that generated the most buzz when it was revealed as a talking point a few weeks back is the moving of the hash marks on the field. Each one will be 28 yards from the nearest sideline, instead of 24 yards. As a result, they will be nine yards apart instead of 17 yards apart.

“What’s good to know about that is that it was proposed by a head coach and GM. So it came from football people,” Hackwood said.

Another key change that commissioner Randy Ambrosie noted in Wednesday’s announcement is that offences will get a bit of a head start in regards to where kickoffs will occur.

The discussion around this rule change ended as a compromise, where some had argued for an increase of 10 yards, instead of five. As Hackwood mentioned, if successful this season, a rule change could be further explored next year or beyond.

“It should marginally increase points overall; not in a fabric of the game-changing-way but it does put them closer to being in scoring position right off the hop,” Hackwood said.

“That’s why we moved back the kickoff, which is, you know, essentially not giving the offence a head start in the sense that they still have to gain yards on the return on that end; they still have to return the ball. The kicker is just five yards back. The other one where we’re moving it up to the 40 after a field goal is essentially just giving the offence five yards. It’s all about that drive start position and that hopefully will lead to increased scoring.” 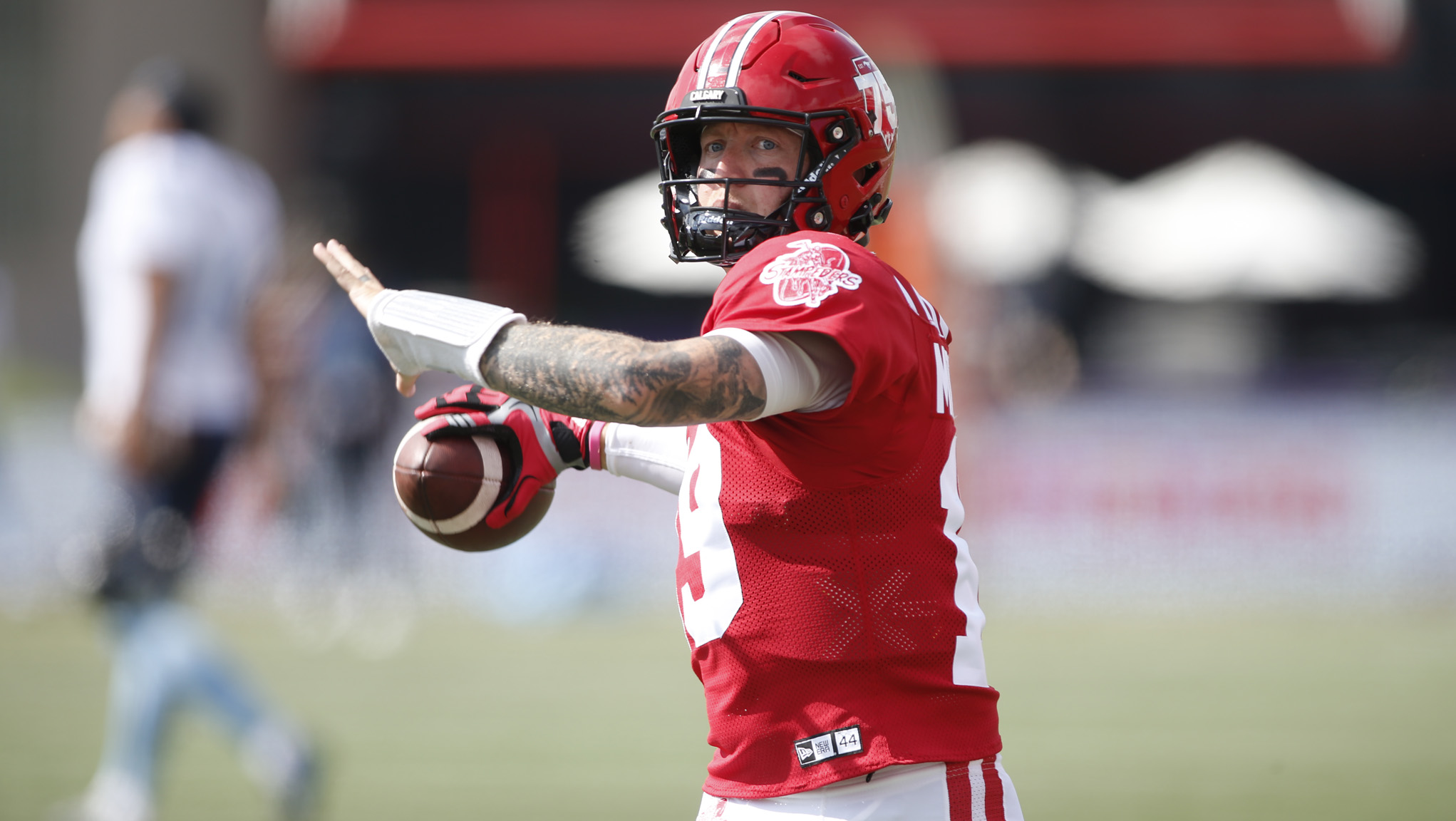 It remains to be seen how often it’ll happen, but coaches will have the option of putting two quarterbacks on the field at the same time this season (Larry McDougal/CFL.ca)

Another rule change that appeared to catch people off guard but still generated conversation was the rule that allows two quarterbacks to be on the field at the same time, provided that all other ratio rules have been satisfied. The idea of teams being able to roll out a pair of quarterbacks together raised a few eyebrows on Twitter.

“I think it was more about we had this restriction that didn’t really make sense from a game perspective, so let’s get rid of that restriction,” Hackwood said. The rule’s initial intent was to keep teams from labelling players as quarterbacks when they weren’t.

“I guess theoretically, the opportunity is there for something for a coach to use and I’m sure somebody will but I don’t I don’t think it’s something you’re going to see regularly, by any stretch,” Hackwood said.

“It was more, we have this restriction. Why do we have it? There really isn’t good answer from a game perspective. You might see somebody use it but it’s not going to be an every game situation.”

From an officiating perspective, Hackwood feels good about the changes made to the “communications co-ordinator” role within the officiating department this year, which will see a co-ordinator connected to on-field officials’ headsets, embedded on each team’s bench. This should keep on-field officials in the game and away from the sidelines and will make it easier for coaches to let officials know a timeout or challenge is coming.

Over the last decade, Hackwood has sat in on a number of rules committee meetings with league officials, GMs, coaches and team presidents. This year, with some interesting changes coming, was a particularly enjoyable session for him.

“We have nine head coaches now — and this is not to take away anything from anyone that’s been part of that process before but the nine we currently have, their football resumes are incredible. Their passion and dedication to Canadian football and to our league is incredible,” he said.

“When they look at a prospective rule change, they’re trying to make changes that are not going to change the fabric of our game, or do things that are gimmicky for some sort of quick benefit. They’re authentically trying to do what’s right for our league and for Canadian football.

“The way we have them placed in the process, everything’s kind of going through them, which I think is smart.

“They’re all really super engaged, just like the Players’ Association and the officials. (The coaches) all want to do the right thing for the league and they can set aside their differences,” he laughed, “all those sorts of things for a couple of meetings and try to hammer out some positive change.”