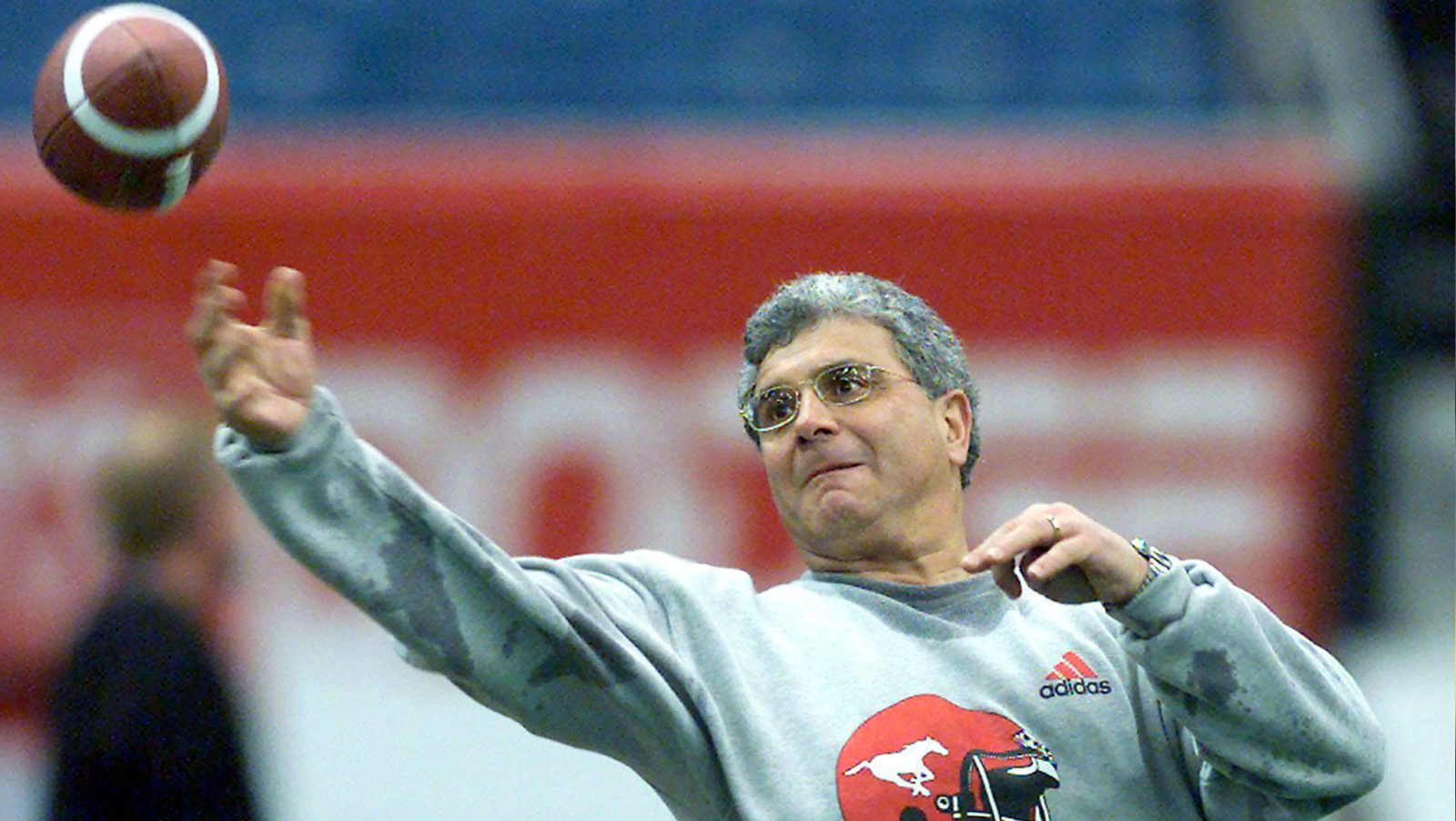 When he first stepped onto a football field in Winnipeg, Mark McLoughlin had no idea what he was getting into. He’d arrived in Winnipeg with his family from Liverpool, England in 1976 and had never seen Canadian or American football until he’d signed up for bantam football.

It was a choice that changed his life.

He started out as a linebacker, but an injury to his team’s kicker in his senior year of high school opened the door to one of the most successful kicking careers in CFL history. McLoughlin was with the Calgary Stampeders from 1988 through 2003 and spent the 2005 season with the BC Lions. He retired as the game’s second-highest scoring kicker ever, behind Lui Passaglia.

That senior year of high school saw him named an all-star as a kicker, which led to a scholarship at the University of South Dakota. McLoughlin thought he could try double duty at the college level, but in his words, “I realized pretty quickly when I was getting picked up off the ground after being plowed over by an offensive lineman (I wondered), ‘What am I doing?’” he said, laughing.

“It was best to stick to something that I thought maybe I could do something with and have a little longevity.”

The choice to specialize was the right one. McLoughlin was named a CFL West All-Star five times and a CFL All-Star three times. He won three Grey Cups with the Stamps, in 1992, 1998 and 2001 and was a two-time winner of the Tom Pate award, recognizing his contributions to the community in Calgary.

That Wally Buono-led 1998 squad is the one that CFL.ca has focused on, having brought members of the team back together as part of the Remote Reunion series, driven by Kubota.

“I would say it was probably the one team and the one season where we had a tremendous amount of internal camaraderie,” he said, pointing to team building exercises like capture the flag as something that helped bring them together.

“We were a group of obviously really talented players. We had some excellent Canadian content. We were able to fulfill some key roles over the years with some guys that were superstars in nature. We had a confidence level, but it was not an arrogance and there is a big difference there.

“We were very much a team that just sort of went to work and really took care of business but did it in a fairly quiet sense.”

Those Stamps built up a 12-6 regular-season record, good for first in the West Division. They thumped Edmonton in the West Final and met a Hamilton Tiger-Cats team that would need another year before it could successfully climb the mountain in the CFL.

The game was held in Winnipeg and was an emotional homecoming for McLoughlin, who had lost his father a year earlier. Surrounded by family and friends, he was able to fulfill every kicker’s dream when he put a 35-yard field goal through the uprights on the last play of the game.

“To be there around family at that time that was very, very satisfying,” he said.

The win ended a six-year Grey Cup drought for a Stamps team that had hit its stride essentially from the time that McLoughlin joined the team. Between 1989 and 2001, the Stamps finished in first place eight times and in second five times. It had been six years since Calgary had won a Grey Cup and there was a lot of pressure on a talented team loaded with hall of famers to deliver.

“Ninety-eight was a very important year for the organization. We had to have that game, we have that win,” McLoughlin said.

“That being said, I also thought the flow of the game was very good. I thought we were fairly dominant for the most part. It was a close game, no doubt about it. But I always felt that we had the ability to pull it out, and that we would pull it out.

“There was no sort of fear, there was nothing in respect to being overconfident. It was more just sort of methodical, ‘This is the way it’s going to sort of play out and let’s just go and execute this.’”

McLoughlin has lived in Regina since 2017, working as the province’s deputy minister of advanced education. He had worked with the Regina Rams as the special teams coach, but the pandemic has put those plans on pause. Like many Canadians right now, he’s missing his connection to the game.

“If and when it all sort of turns around, I’d love to look at getting back into that, I really enjoy it,” he said.

“I enjoy working with the players, I enjoy that sort of competitive gameday feel and the preparation of it.”