Kerry Joseph is a Seattle Seahawk once again.

News broke this week that the 14-year veteran CFL QB has joined coach Pete Carroll’s coaching staff as an offensive assistant. Joseph spent four years with the Seahawks as a safety (1999 to 2002) before eventually coming to Canada as a quarterback and leading the Saskatchewan Roughriders to a Grey Cup in 2007.

In Seattle, he’ll work with the running backs and as he told CKRM in Regina this week, will learn the process and the program that Carroll and his staff are running, with his eyes on one day being an offensive coordinator in the NFL.

When he put his playing days behind him Joseph went back to his alma mater, McNeese State University and worked as co-offensive coordinator and receivers coach from 2016 to 2018 and later in that 2018 season served as interim head coach. He jumped to Southeastern Louisiana University in 2019 to be the running backs coach and passing game coordinator before his opportunity with the Seahawks came along.

After serving as a training camp intern in 2014 with the New Orleans Saints and in 2017 with the Tampa Bay Buccaneers, Joseph’s leap to the NFL may seem sudden, but it was something that had been percolating for a number of years. 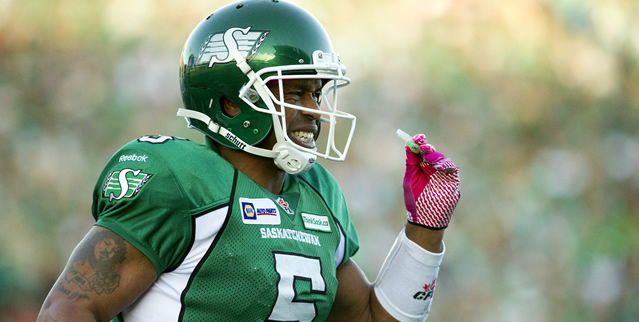 In his time in the CFL, Joseph was one of those players that had future coach written all over him. As his playing days wound down, through a four-season stay in Edmonton he mentored a number of young QBs, including Matt Nichols, Jeremiah Masoli, Jonathan Crompton — who coached with the Argos this past season — and Mike Reilly.

The current coaching ranks of the CFL are full of former quarterbacks. John Hufnagel and Dave Dickenson in Calgary, Scott Milanovich in Edmonton, Ryan Dinwiddie in Toronto and Khari Jones in Montreal all have head coach experience and played the position in the CFL.

If you look at the present-day rosters of the league, there are a lot of quarterbacks that fit the bill that Joseph did, not only playing the game at a high level, but understanding it and wanting to share their knowledge with their peers. Here are five current starters in the CFL that I could see becoming successful coaches when they decide they’ve played enough football.

Mitchell has been very open about his desire to coach when he’s done playing football and in Calgary, he’s got the perfect template to follow. Both Hufnagel and Dickenson love to hire from within. There’s a lot left for Mitchell to accomplish on the field — he just turned 30 this year and is already well down a hall of fame path — but when the time comes, Calgary would be the perfect place for him to take the next steps in his football journey.

Like Mitchell, Harris has often spoken of his desire to dive into coaching when his time as a player is up. What makes Harris an interesting future coach is the level of commitment he’s shown to his craft as a player. He’s famous for thinking well outside of the box with his off-season training, doing everything from reading books about leadership, training with Navy SEALS and even studying tapdance through classes that his mom teaches, just to get an edge on his rival quarterbacks. If he took that mentality to coaching, you might see one of the more creative coaches in the game. 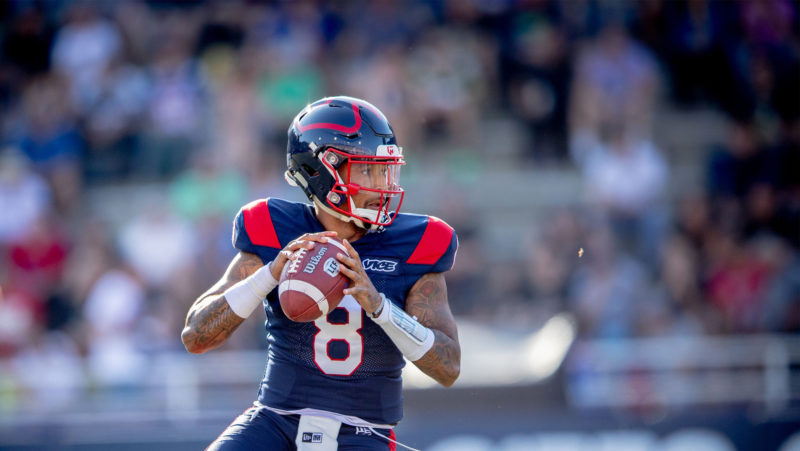 As he worked to become a starter with the Alouettes, Vernon Adams Jr. found he had a lot in common with his coach, Khari Jones. Adams hopes to follow Jones’ lead into a coaching career (Photo: Dominick Gravel/CFL.ca)

In their time together in Montreal, we’ve started to see the similarities that Adams has with his new head coach, Khari Jones. Both are California-raised quarterbacks that got plenty of help and guidance along the way from their fathers. In his first year on the job as the Als head coach in 2019, Jones showed that he wasn’t afraid to take chances or try new things and had no problem wearing his emotions on his sleeves. On the field, Adams is a similar type of player.

He loves the big plays (find him on Twitter @bigplay_va) and is passionate about taking his team to higher levels. Adams told me last year that in each of the many stops he’s made through his CFL career, he’s kept notes on what he’s liked, disliked and learned from all of the coaches he’s worked with, to help him when the time comes to start coaching. Hopefully he and Jones get a good number of years together and Adams can fill that notebook up with valuable insights.

A student of the game with an unrelenting commitment to doing all of the little things to be great, I have no doubt that Nichols would take that same mentality to the world of coaching, if that’s what he wanted to do. But he’s got his eyes on a different seat in a football organization. Nichols recently completed his Master’s degree in sport and athletic administration at Gonzaga. Perhaps Nichols goes the route that Ed Hervey did when he retired and becomes a scout, climbing the ladder all the way up to a general manager role.

Evans doesn’t have the resume that most of the guys on this list, but a move to the world of coaching would make sense for him. His father, Damon, is a high school coach in their hometown of Sanger, Texas. When Dane got to high school, he played under his dad and as he’s gone through his college career and into one excellent showing in about two-thirds of a season last year as a pro, his dad has been there the whole way. Coaching’s in his blood and it’s on his resume, too. Between being cut by the Philadelphia Eagles and joining the Ticats, Evans joined the staff at his alma mater, Tulsa. He’ll hope there’s a good decade or so between the move, but Evans has his sights set on the sidelines when the time comes.