Dane Evans understands that he’ll get questions when he tells people about his ancestry. That’s a given.

“Let’s just call a spade a spade. I look like a bald white guy, right?” he said to Donnovan Bennett on this week’s edition of The Waggle.

Evans is Native American, of the Wichita tribe, on his father Damon’s side of the family. Dane’s great grandmother, Doris Jean Lamar-McLemore, was the last fluent speaker of the Wichita language. When she died at the age of 89 in 2016, Evans said, “our language passed as well.”

But Evans doesn’t jump into the rich history that accompanies his family. He takes his time.

“I never tell people that right off the bat, that I am Native. I kind of let them feel me out a bit and then I just let them know,” he said.

“That’s something that I have always grown up with. I’m extremely proud of that heritage and that lineage. It’s just something that I’ve always wanted to represent the last name on my back just for my tribe. Obviously my mom and dad and my sister and my wife, I want to represent that name well for them too but to me the last name is connected to our tribe. I know whenever our elders watch the game and when people back home in Oklahoma watch it, I’m not Dane Evans, Ticats’ quarterback. I’m ‘Oh that’s Damon’s son, that’s that Evans boy.’ That’s how everybody talks about it. It’s something that makes me extremely proud to be part of that community.”

» O’Leary: Papi White finding his way in the CFL
» CFL teams to mark Nat’l Day for Truth and Reconciliation Sept. 30

Before Evans was injured in Week 6, he was making a point of giving recognition to the Indigenous roots that the cities of the CFL all hold. He posted the historical notes in his Instagram stories on Ticats’ game days.

The idea was sparked when he went to places like Winnipeg or Saskatchewan, or when he saw totem poles in BC. The ties to his culture were obvious to him, everywhere he went in this country.

The day before the Ticats kicked off their season in Winnipeg this year, Evans was sitting in his hotel room and saw a story on the news about the mass graves found on the site of former residential schools. That helped him make his decision.

“I just basically told myself, ‘You know what, I don’t care if one person sees this or 4,000 people see it, I’m going to do this because for me, this is a way that I can use my platform and my following to just bring light to an issue that’s going on,’” he said.

“I’m not trying to step on anyone’s toes and say anything. I’m just simply educating people. Life is so much bigger than just you on your phone, right? There were people here before us and I’m just trying to bring light to the fact and let people basically recognize…we — as in me and you — did not build the town of Hamilton. We did not build the town of Toronto. People before us did that and I’m just trying to put respect where it’s due and I thought it was kind of fitting for this year with everything that’s going on.”

The reach and the impact of something as simple as a pre-game IG story has surprised him. He gets quick notes from people thanking him for the acknowledgement. Other send him long messages about a grandparent that’s a member of a tribe Evans mentioned and how much they appreciate an athlete recognizing them. He’s also been surprised by what he guessed were 20-25 teammates that have seen the posts and asked him about them.

Evans watched last week as the Lions hosted 350 residential school survivors at BC Place for their game and saw the 10,000 orange t-shirts in the crowd. He loved the Lions logo crafted by Kwakwaka’wakw/Tlingit artist Corrine Hunt (“I wish they would take that as their logo in general and just keep that for the rest of the year,” Evans said). 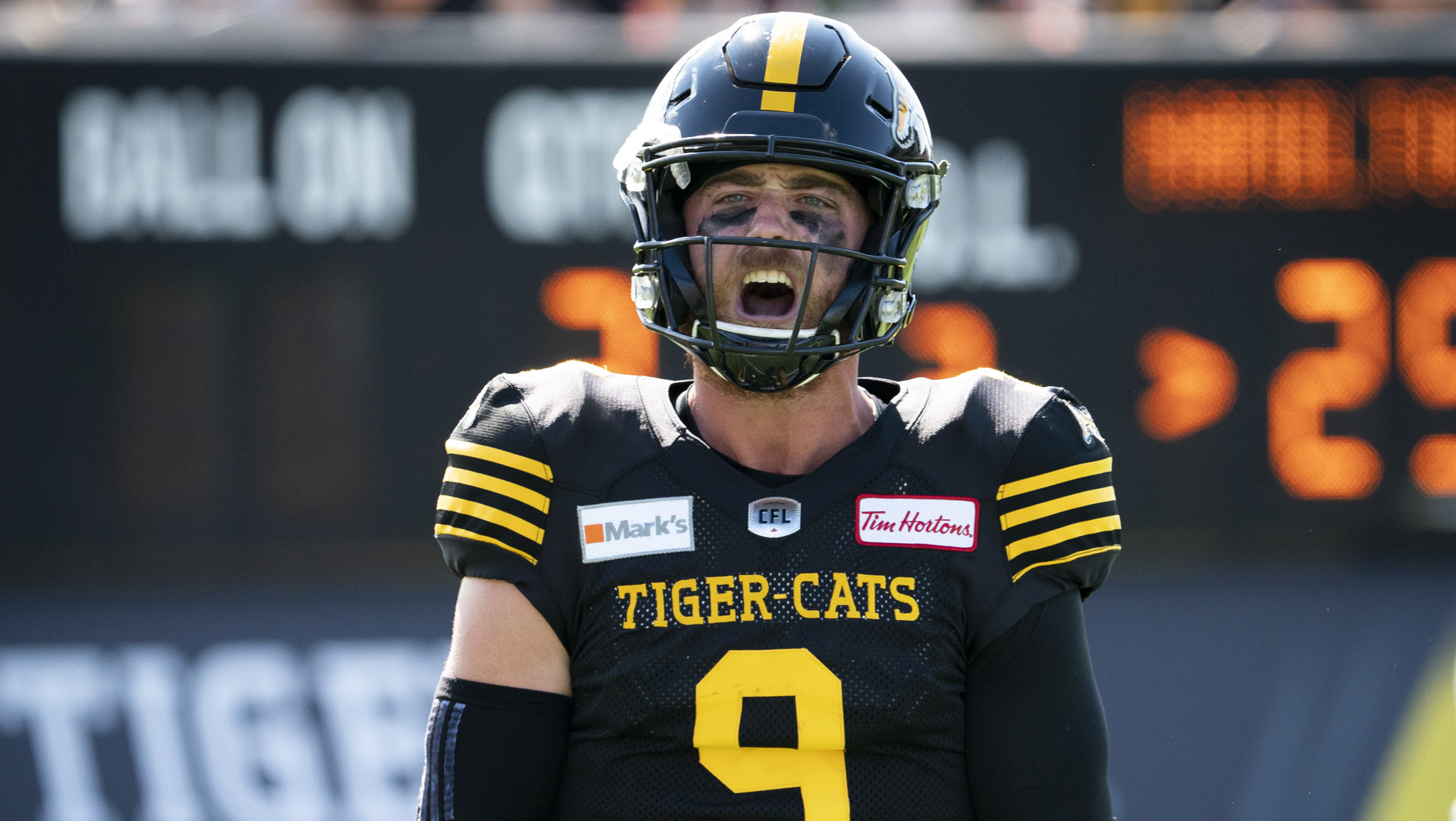 When Evans was leaving his hometown of Stanger, TX, he was given a feather by his Wichita tribe, signifying that he was a man in the tribe’s eyes as we left to represent them at Tulsa (Photo: The Canadian Press)

It’s been a difficult year in Canada. News of the thousands of graves at residential schools isn’t new, but the discovery of some of the sites across the country has forced an amount of attention and acknowledgement that hasn’t been there from the general public in the past. Evans stressed in his conversation with Bennett that the acknowledgement of what’s happened and prevention of anything like this in the future are imperative.

“It’s not great that any of this happened but I’m so proud that we are now recognizing it and we’re bringing it out of the darkness. We’re trying to put it into the light. That way we can come back from it and recognize to never let this happen to any group of people,” Evans said.

“Growing up in Oklahoma, my great grandma, she was taken from her land by the government. She was taken to a residential school and they cut her hair, they made her speak English, everything.

“That happened in my family two generations ago. I just always kind of thought like, ‘Man, that’s crazy, that happened to my family. (A) small-minded kid, you never think that that happened on a larger scale. Then to hear about it happening on such a large scale up here, I don’t know why but I just feel connected to it and I feel like I need to do something about it.”

In his conversation with Bennett, Evans said that while the news can be negative, there’s so much positivity about his culture and where he’s from that gets lost. He wants to bring the positives to light, as well.

“I would invite anybody that could ever, at some point go to a powwow,” Evans said.

“You don’t even have to dance in the ring. You don’t have to do anything, you just need to be there. It’s much like a stadium on game day, you can just feel the buzz, you can hear the bells jingle. And you can see, you know, the tassels spinning in the air, you see the headdresses on and you can smell the sage. It’s just a beautiful, beautiful culture.

“I want people to know how resilient my people are. At one point in the 1700s and even in the 1600s, the Wichita tribe spanned from basically where south Texas is now all the way up into Winnipeg. We’ve just constantly been moved around our entire existence, basically, but you know what? We’re still here.

“It doesn’t matter if we walked on the Trail of Tears or if we got moved from this reservation to this reservation. You might be able to weed some of us out but we’re still here, whatever you do. That’s how beautiful this culture is. We’re resilient. We’re fighters. Everything you need to know would just be summed up by a powwow. Go to a powwow and watch all the variations of the dances, the War Dance, the Ghost Dance, everything, it will literally leave you breathless. You will not know what to say.”