Tuesday morning started off, appropriately, with Shawn Burke, Paul LaPolice and Jeremiah Masoli all on a Zoom call, talking about their new partnership.

Masoli’s signing with the Ottawa REDBLACKS was made official on Monday and Masoli was in the nation’s capital on Tuesday, already working with his Burke, his (kind of) new GM and LaPolice, his new head coach.

Long after the call ended and the transactions began to snowball across the CFL, the REDBLACKS name continually stuck out of the jumble of moves made, as the team transformed itself in one day. Of course, the work behind this one day was weeks in the making, from Burke and LaPo plotting out their free agent targets, then working through the negotiating window of the past week to see how realistic it would be to get them. They may not have gotten all of them, but as the debris settles on Tuesday evening, it feels like they got a lot of them.

On the other side of the country, the Edmonton Elks had a similar day. GM Chris Jones was reportedly interested in Masoli, but shifted his attention over to Kenny Lawler, making the league’s most productive receiver in 2021 an offer he couldn’t refuse to get him in Green and Gold for 2022.

While the REDBLACKS got themselves a starting QB, they beefed up the o-line that gave up a league-worst 53 sacks in 2021. They added receivers and a running back that fans have missed in William Powell. They bulked up on the d-line.

The Elks’ moves may have answered that quarterback question. Nick Arbuckle should be the anticipated No. 1 pivot when camp opens. After Jones spent on Lawler, added local OL Mark Korte then went defence-heavy with his free agent signings, perhaps the money that might have gone to Masoli or any other starter-level quarterback was spread around elsewhere. That could indirectly take some heat off of Nick Arbuckle, who hasn’t gotten a strong endorsement yet from his new coach/GM.

If you were picking teams that won the opening day of free agency, you have to start with Ottawa and Edmonton. It’s no coincidence that two non-playoff teams that have fresh faces in some important chairs did the most work on Day 1 of the open market. Both posting three-win seasons in 2021, there was plenty of work to be done and to Burke and Jones’ credit, they’ve gotten after it.

The writing was somewhat on the wall for the last few months. Andrew Harris was injured for much of the 2021 season and two younger (and Canadian) running backs had played well in his absence. But this is Andrew Harris we’re talking about. His success and presence in Winnipeg, both with the team and in the city he grew up in, made his departure seem impossible in some ways.

With Bombers’ GM Kyle Walters hosting his free agency press conference this morning instead of a day or two prior, you wonder if he and the rest of the Bombers’ organization were hoping for some kind of resolution here.

Harris had no doubt earned every penny of the contracts he’d signed in the past with the Bombers, but that money didn’t seem prudent if you’re looking at 2022 and beyond. The idea of Harris not playing with the Bombers was only a few hours old before the Argos swooped in at the end of the day, bringing him into Toronto for the next chapter of his one-day Hall of Fame career.

What will that final chapter look like? When Harris was healthy in 2021,  he was his usual, dominant self. If he’s the chip-on-my-shoulder type, or the type of person who gets a little extra fuel from doubters, his tank should be full when June finally gets here. 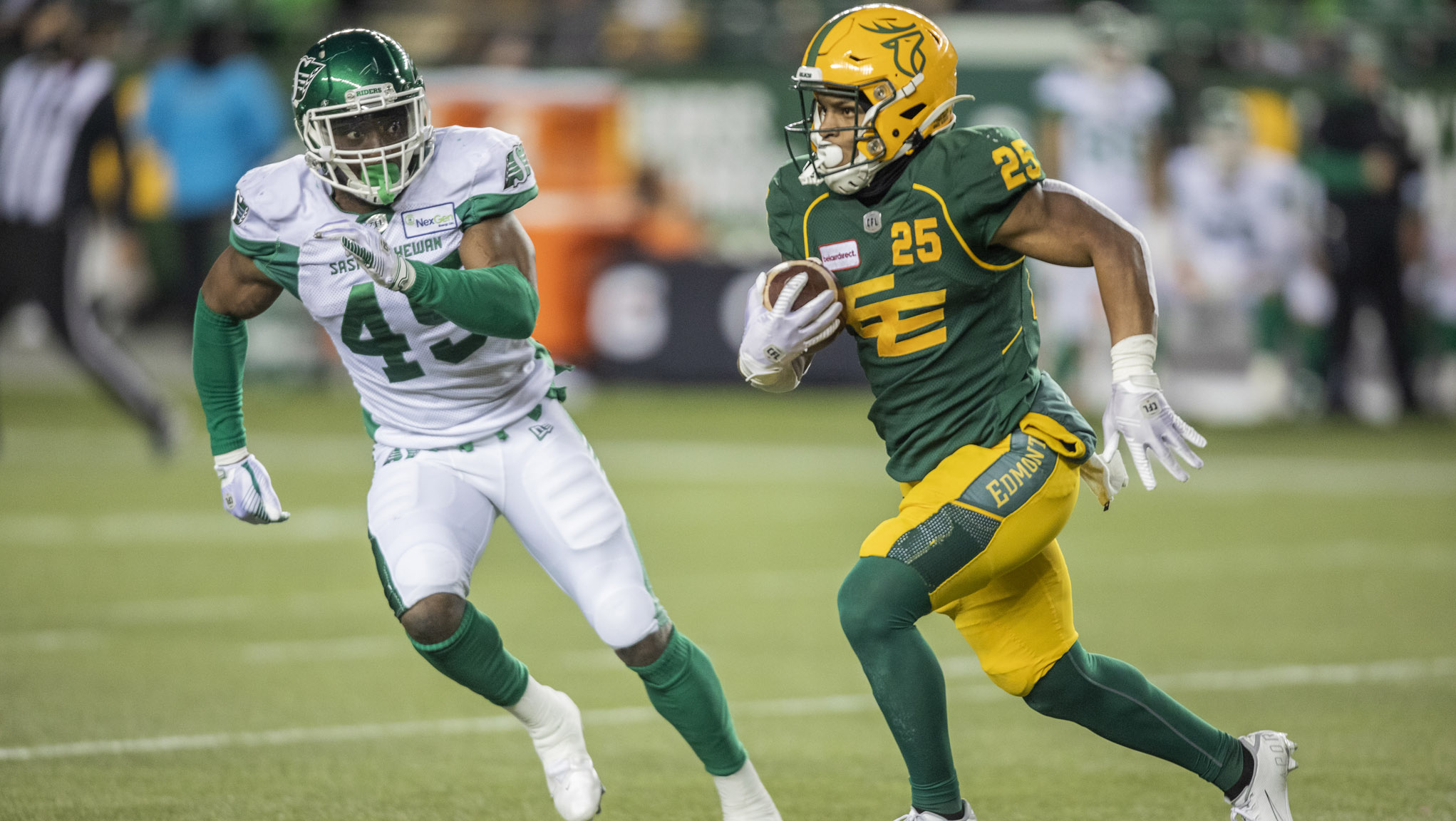 Deon Lacey and Chris Jones hit it off their first time in Edmonton. Lacey could go to the next level with the Elks this year, as part of Jones’ defence (Photo: The Canadian Press)

A signing to watch: Deon Lacey in Edmonton

I may have some bias here, having covered Chris Jones’ Elks when I was in Edmonton in 2014 and 2015, but Lacey and Jones were a football match made in heaven. The on-field stuff is well and good, but the connection felt deeper than that.

Lacey generated controversy in his rookie year in Edmonton when he went to the coin toss on Labour Day and refused to shake hands with his opponents, instead choosing to stare them down like we were in the final seconds before the door to the octagon was sealed shut. Jones had no problem ruffling feathers in the early days of his first go-round in Edmonton, like when he opted not to shake opposing coaches hands after games.

Sometimes a player and a coach just mesh and I think that’s what we saw with Jones and Lacey in Edmonton a few years back. They’re both competitors and they don’t have time for or don’t enjoy the trivialities that sometimes surround the game.

Back to that on-the-field stuff quickly: Lacey’s only gotten better as a player. He stepped into linebacker duties last year after the Riders were hit with their training camp injuries and played very well and he remains an impact player if the Elks wanted to use him on special teams. Lacey will be a player to watch this year.

It’s one of those pairings that while you may not have thought of it, when you see it, it makes all of the sense in the world. The Bombers were in need of a top-level receiver, having lost out on Kenny Lawler and Darvin Adams‘ services this season. Enter Greg Ellingson, who will no doubt be eager to put a down season with Edmonton behind him and will walk into a system where roles and expectations are clearly defined from Day 1. It’s not that Ellingson necessarily needs that — he thrived through four seasons in Ottawa and had 1,170 yards in 2019 in Edmonton — but after a season that went off the rails in Edmonton, he’ll likely welcome the change.

There’s opportunity for Ellingson in Winnipeg, both on an individual level and at the team level, where the Bombers are looking for the CFL’s first three-peat since Edmonton was smack in the middle of its five-in-a-row run. You may not have thought of it before today (I didn’t, at least), but it seems like a perfect fit.

Even when it came up as Twitter banter in the past week, it seemed a little outlandish for a team to actually attempt it. The BC Lions have stepped up to the free agency plate, though and swung for the fences when they announced they’d signed Michael O’Connor.

The Lions will go into the 2022 season with a pair of Canadians as their top quarterbacks. Nathan Rourke was tabbed the starter after Michael Reilly‘s retirement and the expectation from many was that someone like Trevor Harris might be tabbed to be that veteran presence behind Rourke, who will still be just 24 when camp opens for the Lions this year. Instead, Rourke will work with the soon-to-be 26-year-old O’Connor, who played his U SPORTS football at UBC. The other QB on the Lions’ roster at the moment? Kevin Thomson, also 26, who was signed in Oct., 2021.

As it stands now, this is an equally fascinating and concerning move. Regardless of their passports, the Lions are young and relatively inexperienced at QB. If it works out for the Lions, it’s a gutsy, bet-on-yourself type move that comes with tremendous cap flexibility (see the array of talented receivers the Lions have surrounded their Canadian pivots with).

This will be a major storyline when the season gets here.