When 2020 finally ends (welcome to December, folks!) and better days find us, there are words that we should figuratively place in a rocket and launch into space, never to be spoken, read or thought of again.

“Unprecedented” has earned its front-row seat on this imaginary rocket. It’s not that it’s been incorrectly used. My issue with it is that it’s too accurate, that too many things have happened and the result has been a tsunami that has created an unending use of the word. .

All of that to say I’m going to use it once more here and then prepare it for its intergalactic journey.

The CFL’s 2021 free agency period promises to be an unprecedented one. 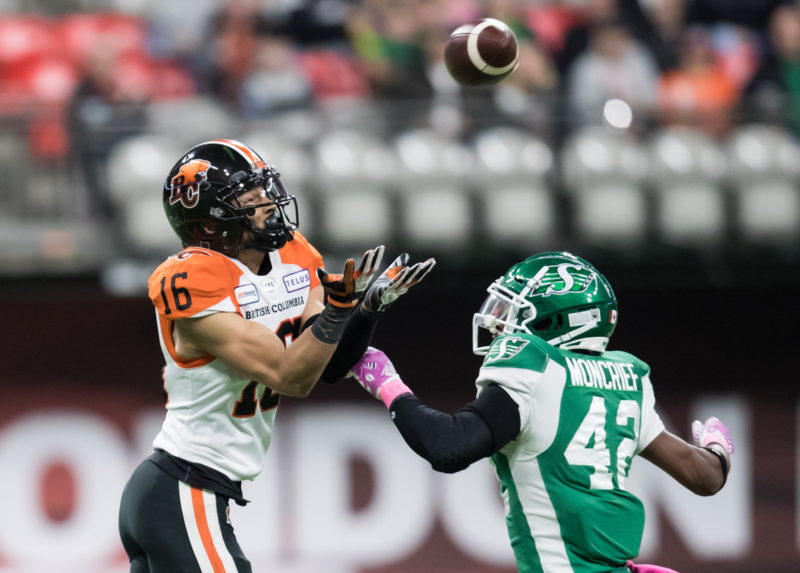 With the league making the list of pending free agents public and the market opening up on Feb. 9 at noon ET, you can essentially try on the shoes of GMs, scouts and other execs across the league as they try to envision their rosters for the coming season.

The cancelled season leaves all of them in the same spot, regardless of how well each team fared in 2019.

So much of free agency is assessing your team’s performance from the end of the season, whether you went 3-15 like Ottawa did in 2019, or you won the Grey Cup, like Winnipeg did. Good or bad, you at least had the ability to see what your team left on the field, what its strengths and weaknesses were, which of your players you wanted back and which ones you were fine with moving on from. Those decisions will still be made. There’ll just be more of a blind feel to the process.

Some of these decisions will be no-brainers. Just about every team has at least one marquee player with an expiring contract that they’ll no doubt want back. What will prove difficult is making decisions on the one-year deals that were signed in February that never got a chance to show their fit and/or value to their new team.

There would have been training camp risers and surprise cuts. There would have been new blood brought into the league that fit right off the bat and other players that tested well and had good film in the U.S., but weren’t able to carry that over to the Canadian game. There will be rookie Canadian players to evaluate. GMs will have to deal with that while also looking at an incoming class of CFL rookies and a 2021 draft class.

In terms of evaluation and guessing on fit, teams across the league will be in a strange (hopefully) one-time-only situation and it’ll be fascinating to watch how it’s handled.

I think we can assume that like most years, the majority of the highest-profile, longest-tenured stars in the league will be re-upped before the market opens up. Brandon Banks has long spoken of only wanting to play for Hamilton, and Simoni Lawrence has become an ambassador of the city over his time there. It would take a shocking development for that to change. Andrew Harris went home to Winnipeg as a free agent in 2016 and put a definitive stamp on the 2019 Grey Cup game, ending the Bombers’ 29-year championship drought while winning MVP and Outstanding Canadian honours. He has little reason to leave and while we’re on the topic, very few Winnipeg players have wanted to test the waters elsewhere over the last few years.

Montreal (50) Edmonton (49) and Ottawa (47) have the most free agents. Will they want to stick with what they had going into the 2020 season? Or will there simply be too many players on the market to do that?

Looking across the league, each team will have its own situations to address. BC’s is particularly interesting. Ed Hervey left his role as GM and the role is now being filled by committee with head coach Rick Campbell, Neil McEvoy and the rest of the Lions’ football operations crew. Every GM has their own players that they like and the Lions’ roster has two years’ worth of Hervey’s guys on it. Will the Lions be interested in carrying Hervey’s vision forward, or will the new group start to put its fingerprints on the roster?

This has been a year unlike any other (unless you were here for the last pandemic, 100 years ago). It’s only fitting that the free agency that follows it up stands on its own too.