If you’re surprised you didn’t see Saskatchewan Roughriders general manager Jeremy O’Day wade deep into the free agent pool, you haven’t been paying attention to how the Riders GM does business.

Over his tenure since he took over for Chris Jones in January of 2019, O’Day has always been very calculated with moves he’s made instead of making giant free agent splashes.

Think about this. When he signed A.C. Leonard in 2019, it didn’t really come off as a huge free agent move. Three years later, you’d argue it was an impressive addition as Leonard has become one of the best pass rushers in the CFL. 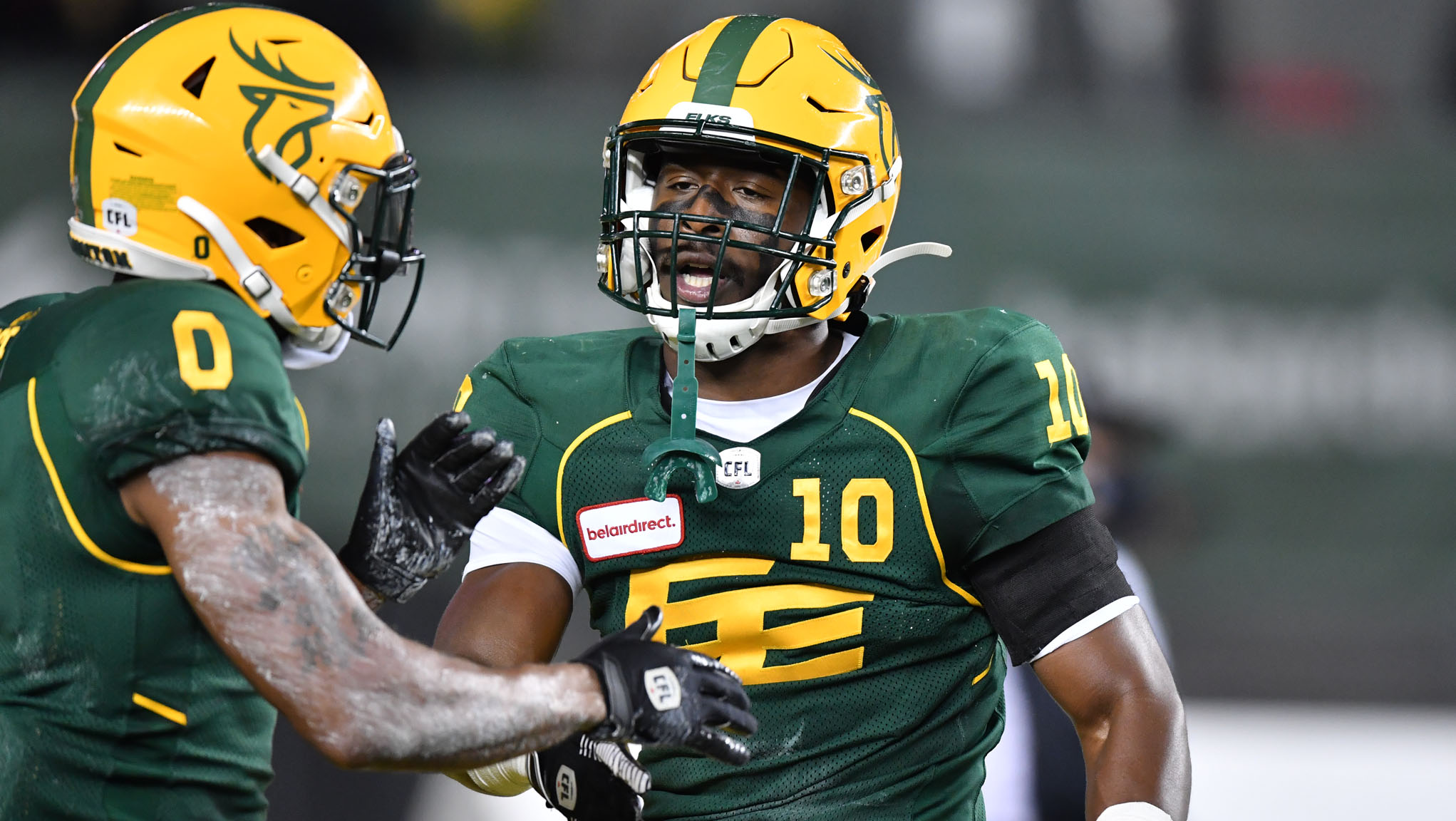 After playing in Edmonton in 2021, Derrick Moncrief is back in Saskatchewan (GoElks.com)

Last year’s free agency was highlighted by the addition of guard Evan Johnson and linebacker Larry Dean. While Johnson showed his worth in the interior for the Riders, Dean unfortunately tore his achilles.

This week, O’Day stayed to his script by locking up the priority free agents on his roster and then pinpointing priority areas for the team in free agency.

The biggest priority free agent to re-sign was, of course, receiver Duke Williams. And a lot of time and energy was spent on making sure Williams felt wanted and welcome with a price tag (and a big one) that he felt comfortable with. Re-signing Williams when there were many other teams in the mix was a massive win for O’Day.

Williams gave the Riders offence a jolt and would have bee n a giant hole in the receiving corps without him for the 2022 season.

Williams was likely the number one guy on O’Day’s list to lock up.

With number one off the list, it was on to identifying where he could improve the team in free agency, while being financially responsible to ensure he can have the depth necessary to win in 2022.

Both are highly impactful defensive players with Sankey leading the league in tackles and Moncrief becoming the Edmonton Elks Most Outstanding Defensive Player in just half the season.

I’d argue Moncrief may be the most impactful signing for a team in free agency outside of the talent haul the Ottawa REDBLACKS have done to right the ship in the nation’s capital. Of course Jeremiah Masoli, Patrick Levels and Darvin Adams (and many others) are going to improve the talent level there.

But Moncrief fills an immediate need in Saskatchewan that they missed all of 2021 at the strong-side linebacker spot. It was a constant cycle of players with A.J. Hendy, Godfrey Onyeka, Loucheiz Purifoy, Jay Dearborn, Elie Bouka and others giving it their best shot.

Moncrief is in ink at that position and was arguably the best in the league at SAM linebacker in two straight seasons in the CFL.

Sankey, paired with Larry Dean, is an interesting dynamic. As O’Day told media this week, it’ll be up to defensive coordinator Jason Shivers to figure out what to do with them and Shivers’ young and innovated mind will definitely come up with something.

Deon Lacey played out of position last year in the middle of the defence so Sankey ensures an incredible presence in the middle, if that’s where Shivers chooses to use him.

By mentioning Lacey, when we assess the Riders free agency, I need to also address the elephant in the room when talking about the Roughriders free agent period and that’s the talent that has left. And there were plenty of departures:

This is where we get to the other side of O’Day’s job and why O’Day hasn’t been extremely busy in free agency. Maybe call it the John Hufnagel approach. As a GM, you have to believe in you and your front office staff to have the personnel in house to replace aging players who might start to fall out of the salary structure.

Fans may not see it but only O’Day needs to see the progression of the roster.

Yes, Ed Gainey and Loucheiz Purifoy are veteran and recognizable names but the Riders were able to have the best defence in the league with Damon Webb and Jeremy Clark starting several games last year and they were solid. With Mike Edem back to full health and Derrick Moncrief being an upgrade over Purifoy at SAM linebacker, tough decisions were made.

The Riders lost Jonathan Woodard to the NFL and Micah Johnson and Makana Henry in free agency, which is a big chunk of the starting defence. However, in Jeremy O’Day’s world, he saw Pete Robertson get five sacks in limited opportunities in 2021. He also saw Garrett Marino and Anthony Lanier play solid snaps in the interior on rotation with Micah Johnson. And Charbel Dabire started to play more than Makana Henry in the latter portion of the season.

And of course, it’s only February. O’Day and assistant General Manager/scouting guru Paul Jones are just getting started filling out this roster. There are plenty of talented players still available in free agency, the draft is coming and free agent camps will be held for the Riders brass to find the next group of players who may be asked to one day replace some fan favourites.