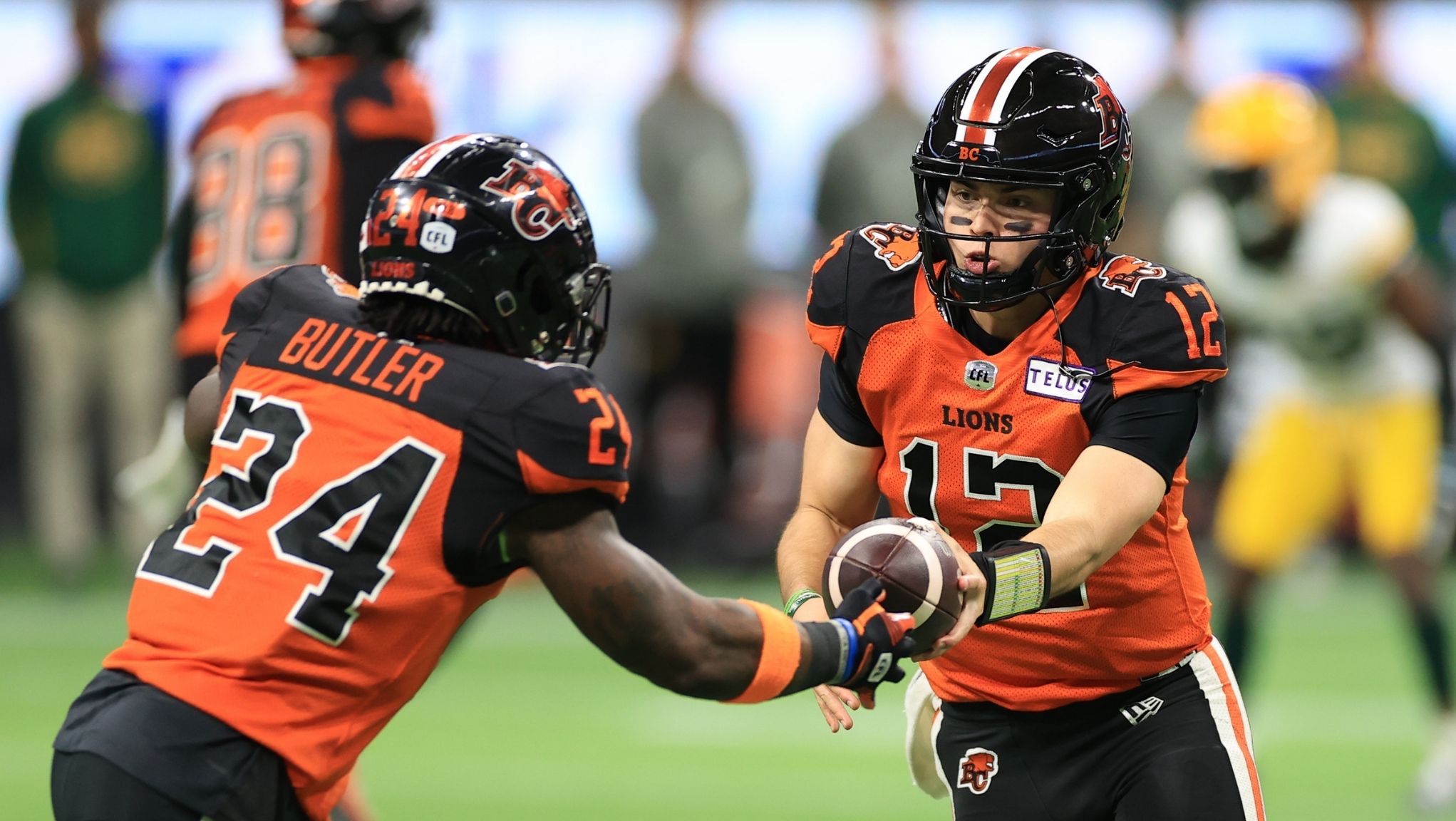 VANCOUVER —  Bookending the 2021 campaign with starts under centre, rookie Nathan Rourke made the most of his final opportunity for the BC Lions in a one-sided, 43-10 win over the Edmonton Elks.

Entering the Week 1 of the season, the stage was set for a prime-time matchup between a pair of former CFL All-Stars in the Saskatchewan Roughriders’ transcendent talent, Cody Fajardo, and 11-year veteran Michael Reilly. With Reilly dealing with an injury in the first half, Rourke was given the reigns to the offence to start.

In his first-ever CFL game, Rourke went toe-to-toe with the West Division powerhouse, throwing for 194 yards and both a pair of touchdowns and interceptions. Reilly made his appearance in the second half of the game and added 203 yards and a touchdown himself as the Lions came within four points of knocking off the Riders.

In the weeks and months that followed, Rourke went on to appear in a handful of games, contributing 201 passing yards, 67 rushing yards and a touchdown. With the Lions’ officially eliminated from playoff contention, Rourke was named the starter for the team’s Week 16 season finale against the Elks where he displayed how bright his future may be.

RELATED
» Lions down Elks in dominant season finale
» Through the Lens: Elks at Lions
» Boxscore: Elks, Lions by the numbers
» Watch: Whitehead shows off his signature speed on 79-yard punt return

Rourke was highly effective in moving the ball through the air, completing 67.6 per cent of his passes for 359 yards, but it was his legs that were a difference-maker. Taking off on designed run plays and extending them, his three rushing touchdowns built a lead for the Lions in the first half that the Elks were unable to surmount.

“I think that the number one job of a quarterback is to move the chains, that’s in the air or on the ground,” said Rourke to the media. “That’s my role, that’s what I’m supposed to do and there’s a lot of responsibility that you have because you have the ball every single play and you have to make the right decision and what not. When I was at Ohio (University), that’s the way they did things; that’s how they moved the ball, they incorporated the quarterback in the run game. Obviously, I had some success down there doing that and I think it’s good to stick to what you know in your rookie year.”

Though Rourke’s name is accompanied by three majors in the boxscore, he couldn’t have done it alone and praised the play of his offensive line.

“On the rushing touchdowns, they were wide-open, walk-in touchdowns,” said Rourke. “The guys up front, they were just unbelievable today and just made it so easy to get those in. I get the credit for the touchdown, but they made my job really easy tonight and all the credit goes to them.”

On a personal level for Rourke, Friday’s win in front of the BC crowd meant more than normal. Having grown up in Victoria, Rourke was devastated by the flooding in Abbotsford. Given all that those residents have endured the past days, Rourke and the Lions wanted to give the province something to cheer about.

“We’re very aware of what’s going on in the province, it goes back to even the forest fires and the smoke – we were affected with that in training camp,” said Rourke. “Sports has a cool way of bringing people together, a great example of that is the New Orleans Saints with Hurricane Katrina. I’m not saying that’s what’s happening here by any means, but that’s the impact sports can have and have and we want to be that for the city of Vancouver and the province. I think winning brings people together so if we continue to do that, I think good things can happen for us but the community that’s always at the top of our minds.”

Looking towards the 2022 season, Rourke is not exactly sure what his future holds but is excited for his and Lions’ nonetheless.

“I’m really just focused on tonight and this win and I haven’t thought about the future too much,” said Rourke. “I don’t know what the future holds, but I’m excited for it. I want to win here, I want to play here. I think the ownership and the organization is in the right hands and this is something I want to be a part of. I can’t speak for everything, but I know this is a special place to be and I’m excited for the future.”