TORONTO — When he was growing up, Henoc Muamba was very interested in basketball, but football came secondary to him.

“Football meant nothing to me and I didn’t understand the rules of the game at all,” Muamba said. “It wasn’t until grade 10 that I was introduced to football and even then it was like, ‘Hey, Henoc, you’re playing running back. Take the ball and go score a touchdown.’ I hated it.”

The Toronto Argonauts were always the hometown team for the Mississauga, Ont., native, and in Grade 11, had the chance to listen to Chuck Winters and Michael “Pinball” Clemons when they came to speak at his high school. That changed everything for a young Muamba.

Fate works in funny ways, and years after first meeting Pinball for the first time, Muamba came together with the Toronto Argonauts’ general manager once again, this time to sign a contract with the Double Blue and return home. 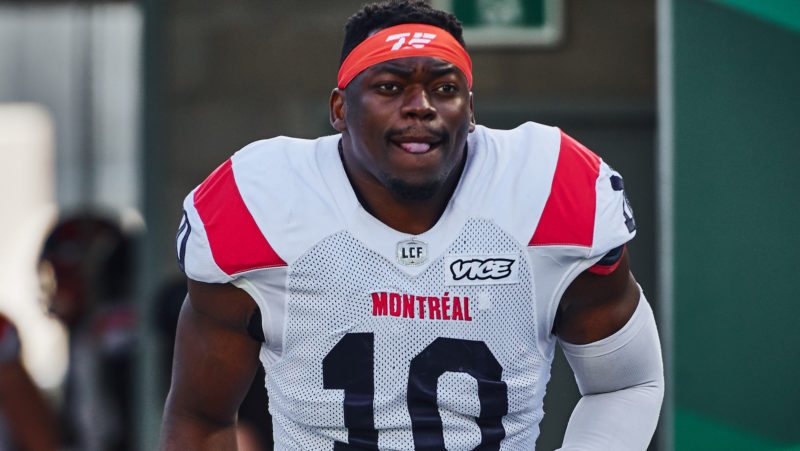 Muamba is now an eight-year CFL veteran who was the first overall pick in the 2011 CFL Draft. He came into the league with the Winnipeg Blue Bombers but has also had stops in Saskatchewan and Montreal.

The 32-year-old was everywhere for Montreal in 2019, being a defensive and emotional leader for the Alouettes. Appearing in all but one game during the regular season, he had 93 tackles, one sack and a pair of forced fumbles.

Muamba earned East Division and CFL All-Star honours for his efforts and was also named the league’s Most Outstanding Canadian at the 2019 Shaw CFL Awards.

Muamba is no stranger to free agency. He’s been in this situation on a number of occasions. While he’s found himself heading away from home in the past, the Argonauts offered him an opportunity to compete for a championship while being able to sleep in his own bed and stay close to his young family.

“Contrary to popular belief, money does not dictate every decision,” Muamba said. “Family was huge for me. It was huge for me to be able to be home with my girls and my wife, my parents and nearby family in the GTA. There’s no price tag on that, to be honest with you.

“Beyond that, being able to play for a GM like Pinball, to me, it’s comparable to nothing. He’s been a mentor of mine even prior to him taking the (Argos) job. To be able to play for him is an honour for me. Obviously knowing what he’s accomplished on the field and off the field, it’s hard to describe. He showed extreme interest in wanting me to come on board so it means a lot to me.”

Clemons, vice president of player personnel John Murphy, and head coach Ryan Dinwiddie have been extremely busy so far this off-season, picking up a number of big-name, impact players through free agency to revamp the Double Blue.

On the defensive end, the team looks completely different. It started with the additions of Cordarro Law and Charleston Hughes ahead of free agency. They followed that up with defensive linemen Odell Willis, Shane Ray, and Kony Ealy, along with linebacker Cameron Judge.

Their front seven is among the best in the league heading into 2021 and their secondary has some solid veterans who will be able to hold it down in the defensive backfield.

Heading into camp, Muamba is a lock, as is Judge. Bear Woods would be the top candidate to fill out the linebacking core, but they also have options that could emerge in training camp. 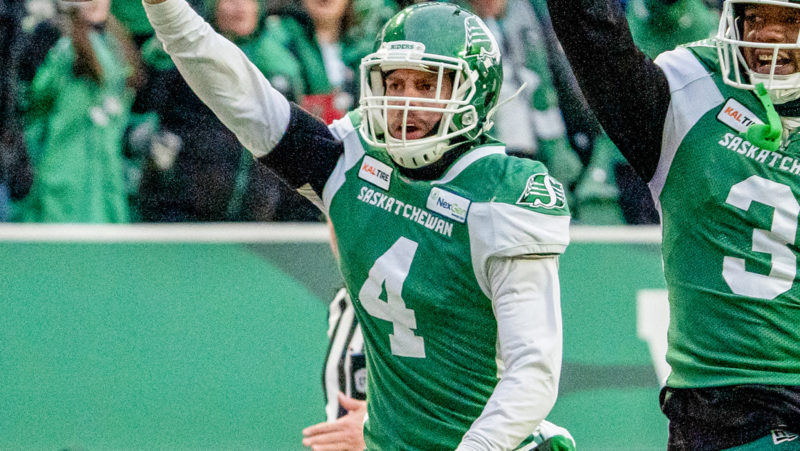 Cameron Judge signed with the Toronto Argonauts in February after finishing as a Most Outstanding Canadian finalist in 2019. (Riderville.com)

Muamba and Judge know each other extremely well. They played together in Saskatchewan and were both finalists for the Most Outstanding Canadian award in 2019. Needless to say, Muamba is looking forward to suiting up with him again in 2021.

“He was a rookie with me in Saskatchewan, and I just remember how much of a student of the game he was,” Muamba said. “I’d come in early and try to talk to some of the younger guys and he was always there, asking questions. So even when we parted ways and I went to Montreal, to see him succeed, it was really gratifying for me and satisfying as well.

“For me, it’s beyond the game of football when I play. To see others grow like I saw Cam grow was amazing. So I’m excited to be back with him. He was very deserving of the shiny award that’s behind me. He had done enough and he had done a lot. So I wouldn’t have been mad if he had gotten that. I’m excited to be able to play with him, I’ve seen the development that he’s had over the past few years.

“The sky’s the limit for the linebacking core. Spoiler alert, we’re going to look good. Myself and Cam and anybody that lines up behind the type of line that’s in front of us. So I’m just excited for that.”

Following back-to-back 4-14 seasons, the new regime in Toronto has done its best to ensure that the team makes it back into the postseason in 2021. On paper, the Argonauts look like one of the best teams in the league, and a squad that will contend with the Hamilton Tiger-Cats for the East Division spot in the Grey Cup.

That will be the expectation for Clemons and Co., but as we all know, the paper doesn’t play the game. We’ll have to wait and see what the Boatmen are made of when they take the field this season to find out if all these new additions can bring another title to Toronto.