The desire to become a coach was kindled early in Barron Miles.

The six-time CFL All-star, who the Montreal Alouettes recently promoted to the role of defensive coordinator, said it was his seventh grade gym teacher who first sparked his interest in coaching.

“The way the kids, and myself, we took notice of him,” said Miles, who spent 11 seasons in the CFL as a defensive back with Montreal and the BC Lions. “We cherished every word. It seemed right, it was positive. And he pushed us.

“I knew a lot about sports. Even in the seventh grade I thought I knew too much. It was just me saying, ‘hey, I would like to do that.’” 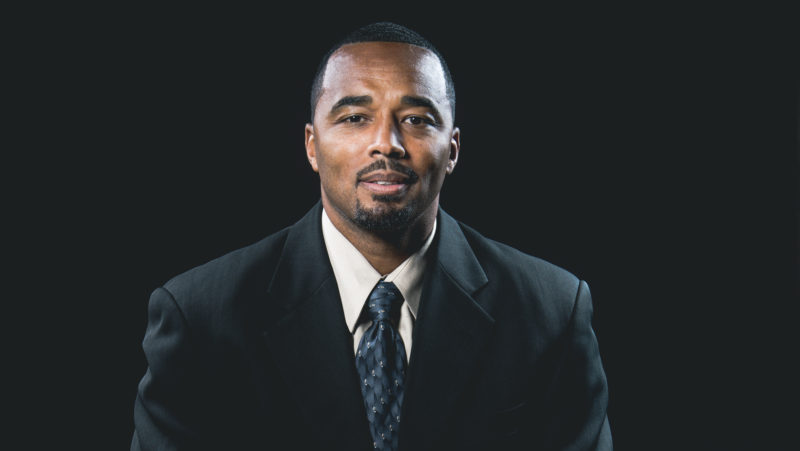 Coaching also appealed to Miles on a very personal level.

“Me, not growing up with a father, I guess that’s probably another reason why that stuck with me,” he said. “I could be a father figure to somebody who may not have a father.”

Taking over the coordinator’s job in Montreal is like coming full circle for Miles. He began his CFL career with the Alouettes in 1998, after playing college football at Nebraska. He had 74 tackles and six interceptions that season and was named the East Division Most Outstanding Rookie.

“It’s special, especially being a part of the organization as a player and now you’re coming back as a coach,” he said.

“After all these years of playing and coaching, you get that chance to run a defence and help a ball club be successful. It’s a tremendous honour and privilege. You’ve taken on a responsibly that many don’t get so I’m honoured to take on the challenge.”

In 2019, with Bob Slowik as defensive coordinator, Montreal finished 10-8 and in second place in the East even though the Als were in the bottom third of the league in points allowed and net offence given up. Montreal gave up 30 or more points eight times, but also held teams to 20 or less points five times.

Miles wants to see more consistency on defence in 2021.

“Be clean on defence, be fundamentally sound,” he said. “Allow less mistakes. We limit the mistakes, it gives you better opportunities to be ranked in those categories a little bit higher.

“But the bottom line is the win-loss column. If we’re winning a   lot, and I’m last in those categories, I can care less. You win a lot of games, those categories will take care of themselves.”

Miles played six years with the Alouettes before signing with the Lions in 2005 as a free agent. In 2006 he led the CFL in interceptions with 10.

In 187 career games Miles made 66 interceptions, tied for second overall with Larry Highbaugh. He is the CFL’s career-leader with 13 blocked kicks.

Miles retired as a player following the 2009 season, then spent two years as a defensive assistant with the Lions. He was a defensive backs coach with Saskatchewan, Winnipeg and Edmonton before rejoining the Als in 2020.

Looking back, Miles points to Nebraska’s Tom Osborne as one of the most influential coaches in his career.

“The way he carried himself,” said Miles. “He was strict, but he gave you a little leeway. I think a lot of guys respected that.”

Each coach has their own style, and what works for some might not work for others.

“You see people coach, but taking on their persona, their image, that may not work for you because that may not be your style,” Miles said. “Everything I wanted from a coach, I tried to give to players.

In making the transition from player to coach Miles had to learn patience. Early in his career on the sidelines he would become frustrated when players failed to see plays developing that seemed so obvious to him.

“I’m like ‘how come you didn’t see that?’” he said. “That was my biggest challenge, just being patient and helping them through that process.”

Miles has also learned to adjust his expectations for a player based on that person’s abilities.

“I always have high expectations . . .  but I just treat them differently,” he said.

One person might be criticized for a certain play because they didn’t perform to their ability. Another player, making the same play, might receive praise because they had exceeded their talent.

One thing Miles demands from all his players is athleticism.

“You’ve got to be athletic to play,” he said. “If you’re not functioning well, and running well, it’s going to be hard to play.”

Taking on the defensive coordinator position means new challenges. Instead of focusing on one aspect of the game, Miles is responsible for the whole defensive scheme.

“I do feel confident,” he said. “As a player, I was always open to learning different things. Every time you step on the football field, every time you’re in a classroom, you’re learning something if you are open.