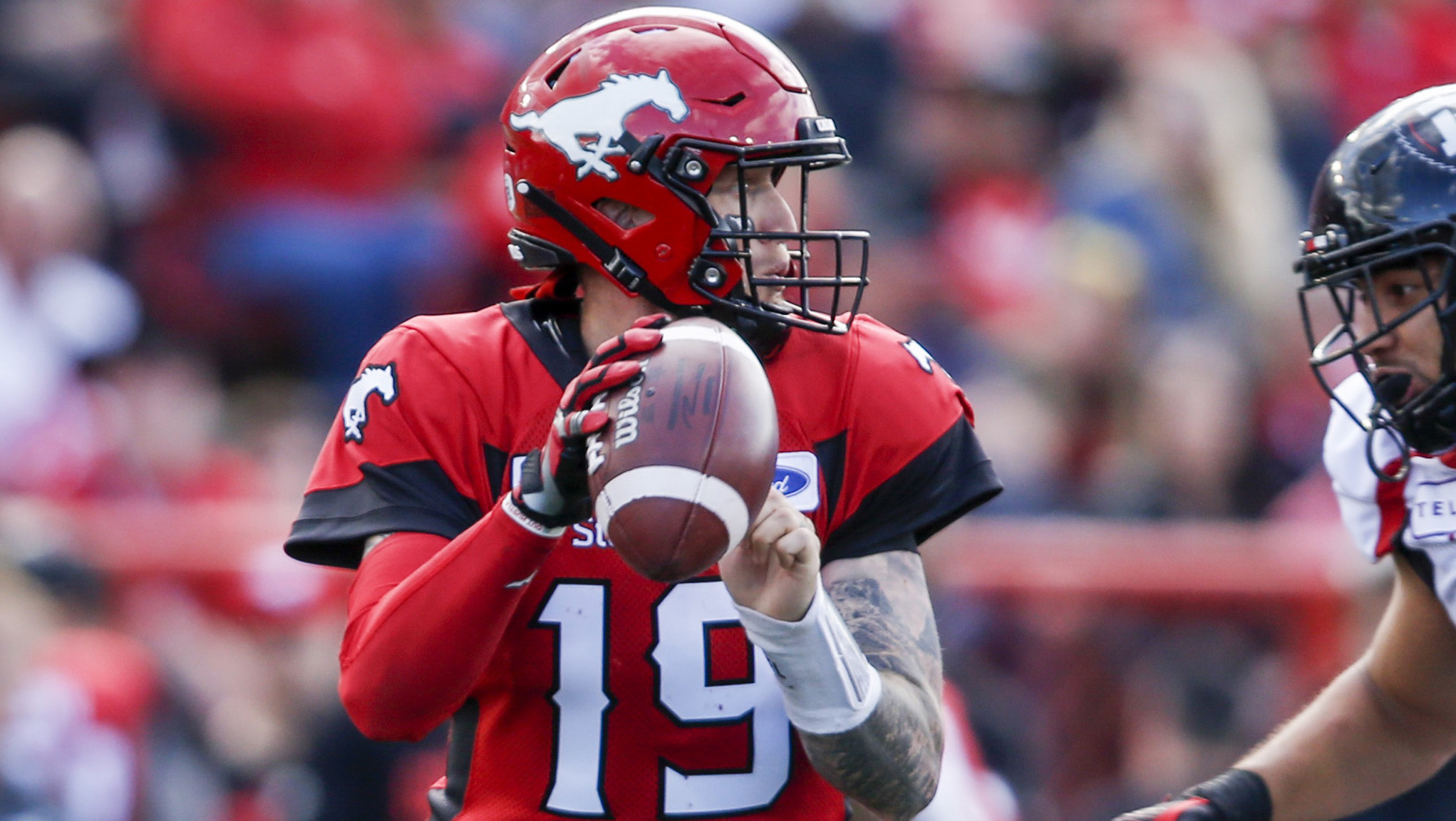 Good has got even better for Bo Levi Mitchell.

Being given the green light to play football again is like Christmas morning for the Calgary Stampeder quarterback. Opening the CFL season at home Aug. 7 against the Toronto Argonauts is like ripping the wrapping off the gift he most wanted.

The Argos are stocked with former Stampeders both among the coaching staff and on the field. The game will be sort of a family reunion, but with the handshakes and hugs coming after a take-no-prisoners battle.

“It was funny to see how everything happened the way it did,” Mitchell told a video conference. “I’m glad it’s going to be this way because we get that game out of the way and we don’t have to kind of have our eye on it down the schedule, four or five games waiting for it.

“I think they probably feel the same way we do. They probably all have a chip on their shoulder.”

RELATED
» Ready for Kickoff: Previewing the 2021 CFL season
» A look at every team’s Off-Season Depth Chart
» Rene Paredes set to be a stabilizing presence in 2021

Like everyone involved with the CFL Mitchell was relieved when the league officially announced earlier this week it was returning to play Aug. 7 after the 2020 season was cancelled due to COVID-19. The signs had been there for the last few months the season was a go, but if a world-wide pandemic has taught anything, it’s take nothing for granted.

“There was obviously some concern, but I felt pretty damn confident it was going to happen,” said Mitchell, who spent the last year living in Calgary and has been training last few months with receiver Colton Hunchak. “Mentally, physically, everything is ready to go.

“I’m sure you felt the same way I did when the announcement came, a sigh of relief and it’s good to know that I have a job here.”

The migration of Stampeders to the Argos includes new Toronto head coach Ryan Dinwiddie, who was Calgary’s quarterbacks coach, and defensive backs coach Joshua Bell, who held the same job with the Stamps.

Mitchell said he speaks with Arbuckle regularly, keeps in touch with others like Rogers and Daniels, and “talked trash to Charleston.”

“It’s going to be we’re friends before the game and after the game, but during the game between those white lines, don’t expect me to take any plays off,” he said.

“With Dinwiddie there, the receivers know the offence and understand the concepts,” he said. “You’re more likely to sign somewhere where you have some kind of understanding of the team, the coaches and culture.

“I’m excited for the first little go around. It’ll be fun to give them some razing before the game.”

With no exhibition games, Mitchell expects the more veteran teams will have the early advantage while teams with new faces will take time to mesh.

“Typically, the more veteran teams start out hot and maybe they slow down towards the end because of conditioning, your age and guys wearing down,” he said. “The younger teams should take some time.

“As you know in the CFL, it’s not about starting hard. It’s about finishing at the right time, making sure in the playoffs you are looking good.”

A shoulder injury resulted in Mitchell being placed on the six-game injured list in 2019. That forced the two-time league Most Outstanding Player to miss his first start since 2014.

Mitchell’s last game was a 34-14 loss to the Winnipeg Blue Bombers in the Western Semi-Final back on Nov. 10, 2019. He competed just 12 of 28 passes for 116 yards, one touchdown and threw three interceptions against the eventual Grey Cup champions.

Waiting almost 21 months between games has both positives and negatives.

“You know typically a year ends and you rest, recover, rehab and train,” said Mitchell. “The season getting cancels (meant) having the ability reset, find out where your deficiencies are, ankles, knees, hips, whatever it is to make those things stronger.”

“Taking hits and being able to shrug guys off,” he said. “Being able to move in the pocket, which is something I always pride myself on. Just trying to know the weaknesses in my game and what the strengths are.”

The long layoff did allow too much time to think.

“There’s always times self-doubts creep in, not to be able to step on the field and prove what you’re doing in the weight room and the on the field practicing are coming together in a positive way,” he said.

“I think that’s probably the hardest thing is just believing in the process. “

Mitchell did take some time to clear his mind, think about what he does well on the field and what parts of his game needed improving.

“This game is an adapt or die thing,” he said. “I can’t just sit there continuing to do what has given me success. I have to find new ways to be successful.”