TORONTO — Many of the country’s most highly touted football prospects will take centre stage at the 2021 CFL National Draft on Tuesday, May 4.

Those who become most impactful, however, are not necessarily the most talked about.

While offensive linemen dominate prospect analysis — 52 per cent of first round picks since 2014 were o-linemen — special teams will always be a focal point for CFL teams on draft day.

Especially after Round 1, where only one in four draft picks since 2014 have gone on to start at least one CFL game (only 9 per cent of non-first-round draft picks have started 10 or more games over that span).

Not being a starter, of course, does not equate to not contributing. Many non-starters have had prolific careers playing special teams, such as all-time special team tackles leader Jason Arakgi.

While Arakgi was drafted in the third round (20th overall) by BC in 2008, current Blue Bombers special teams coverage ace Mike Miller —  slated to pass Arakgi on the all-time special team tackles list this season — didn’t even have his name called at the 2011 draft.

On the all-time special teams tackles list, 19 of the top 20 players are Canadian, with linebacker/defensive back Kyries Hebert the one exception.

That means there are plenty of opportunities for teams to select impact players at any point in the CFL Draft.

Let’s open up the record book and look at the top 10 in special teams tacklers.

RELATED
» Mock 1.0: What will Hamilton do with the first overall pick?
» O’Leary: Weighing the Ticats’ options with the No. 1 pick
» CFL Draft Tracker: View the entire selection order 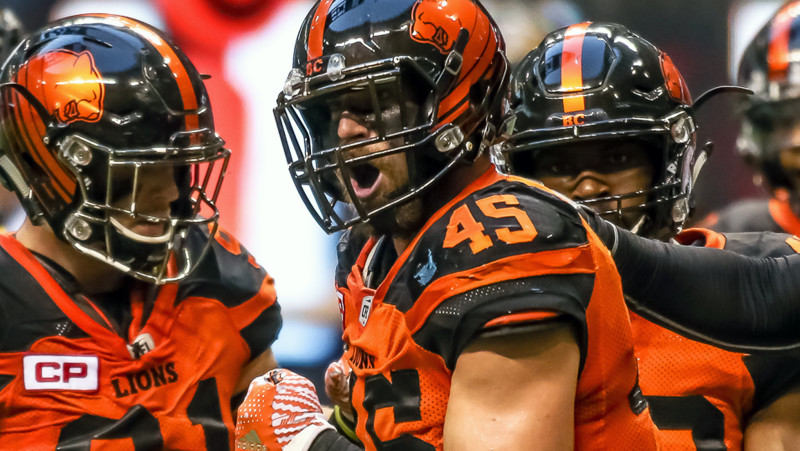 Arakgi was a model of consistency in the CFL from 2008 through 2016, averaging 1.23 special teams tackles per game in 155 contests, including a career-high 35 in 2009. That’s plenty of value for the Lions, who selected him in the third round, 20th overall, in 2008. Arakgi became the league’s all-time special team tackles leader in 2016.

Special teams played a key role in the Bombers ending their Grey Cup drought in 2019, and Miller was a big part of that. His team allowed a league low 9.0 yards per return on punts in 2019, and surrendered only six big-play returns (30+ yards on punts and 40+ yards on kickoffs). The all-time record awaits.

The Bombers’ current president and CEO endeared himself to Bombers fans by recording 184 special teams tackles in his career — a CFL all-time record that stood for 17 years until Arakgi showed up. Miller was a fourth-round selection (37th overall) in 1995 and co-owns the single season record with 37 special teams tackles.

Affectionately known as ‘The Diesel’, Sean Millington lived up to his billing as a first overall pick, rushing for more than 6,000 yards and winning two Grey Cups and two Most Outstanding Canadian honours. But Millington was an exceptional special teams player too, racking up 176 tackles in his career while covering kicks.

Rogers had back to back seasons of 30-plus special teams tackles with the Blue Bombers in 1993 and 1994 before winning consecutive Grey Cups with the Argos in 1996 and 1997. A fourth round, 32nd overall pick with Winnipeg in 1991, he also boasts one of the highest per-game averages (1.31) for special teams tackles in league history.

Despite suiting up with four different teams in 10 years, Spencer was consistently one of the CFL’s elite when it came to special teams coverage, averaging 1.29 tackles per game in 136 contests. The third round, 23rd overall pick of Saskatchewan in 2004 won three Grey Cups, including in 2012 with Toronto before retiring one year later.

A long snapper in the league for 12 seasons, Reinson had a significant special teams impact with Calgary, BC, and Edmonton, adding 174 special teams tackles in 172 games. Reinson appeared in six Grey Cups and won four of them after being drafted in the fifth round (41st overall) by Calgary in 1994.

The fourth overall pick in 1993, O’Shea’s first CFL claim to fame was being traded to Hamilton as one of several pieces to acquire legendary quarterback Damon Allen. But the current Blue Bombers head coach built a legacy of his own, ranking second all-time with 1,151 defensive tackles and eighth all-time with 169 special teams tackles.

Signed as a territorial exemption with the Roughriders in 2007, Maurer went on to play 12 seasons and 167 games with Saskatchewan, BC, Ottawa, and Edmonton. His 168 career special teams tackles include a career-high 35 in 2001, tied for the third-highest single season total ever with Donovan Gans, Wade Miller, Rocky Henry, and Jason Arakgi.

Aside from a career-high 10 sacks in his sophomore season of 1993, the undrafted Roberts made significant special teams contributions in his 12 seasons with Edmonton, recording 163 special teams tackles in 166 games. It appears his 10th-place spot on the all-time list will be safe for at least a few years.