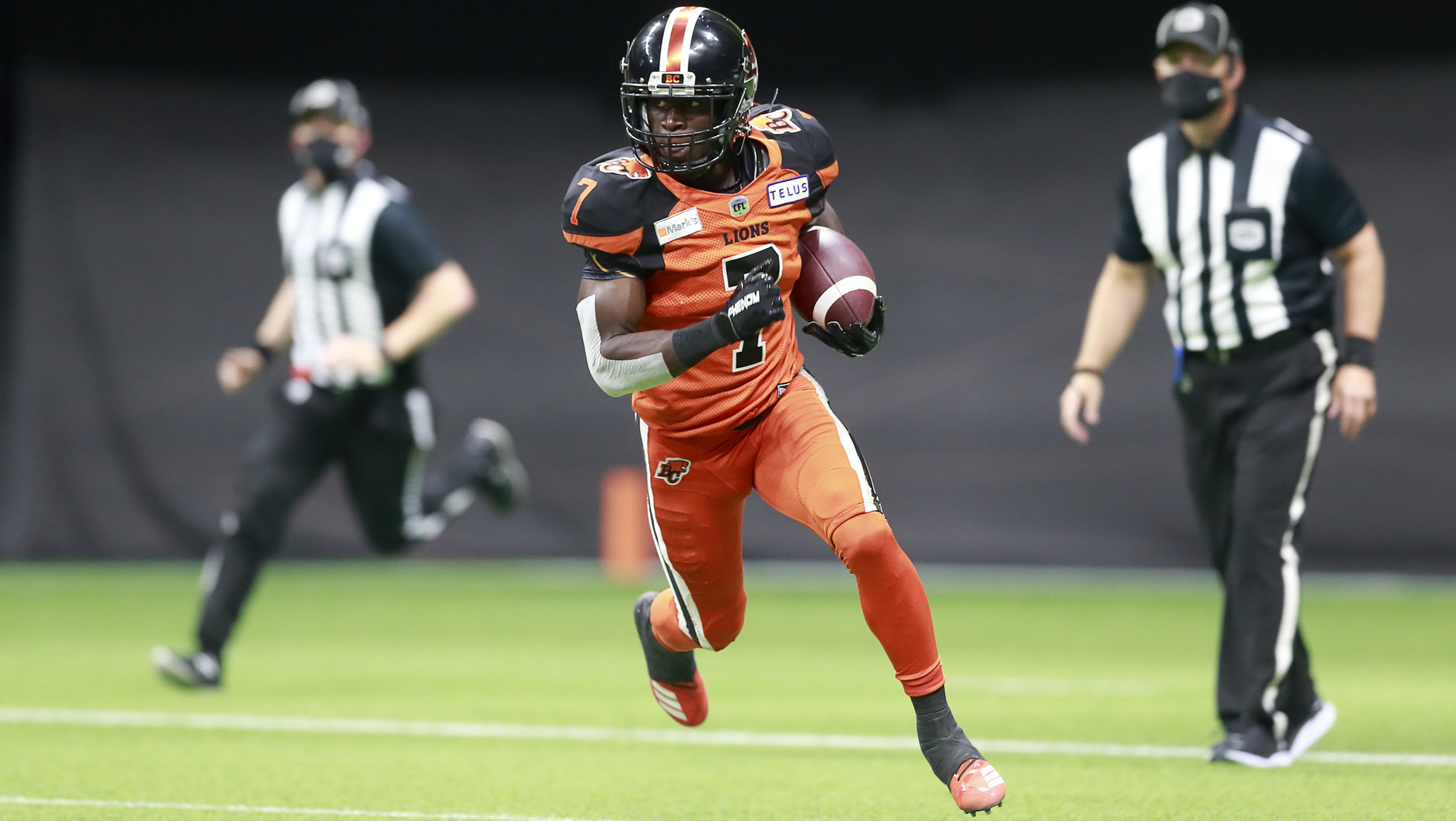 VANCOUVER — The BC Lions are set to get a major boost to their lineup.

The team announced on Thursday that receiver/returner Lucky Whitehead has been cleared to return to practice. He’s been removed from the six-game injured list and added to the active roster.

WR Lucky Whitehead has been cleared to resume practice with #BCLions 🦁

The speedster will be removed from the 6-Game injured list and added to the roster effective immediately.#ThisIsOurPride pic.twitter.com/obs6ak0as4

Whitehead has played in eight games this season and has 36 catches for 665 yards, with four touchdowns. He also has one missed field goal return for a touchdown. When Whitehead broke two bones in his hand in Week 9 against Winnipeg, he was the league’s leading receiver. He had surgery to repair the damage to his hand.

The Lions (4-6) are on a four-game losing streak and head into Toronto on Friday to face the Argonauts (6-4), who are a perfect 4-0 at BMO Field.