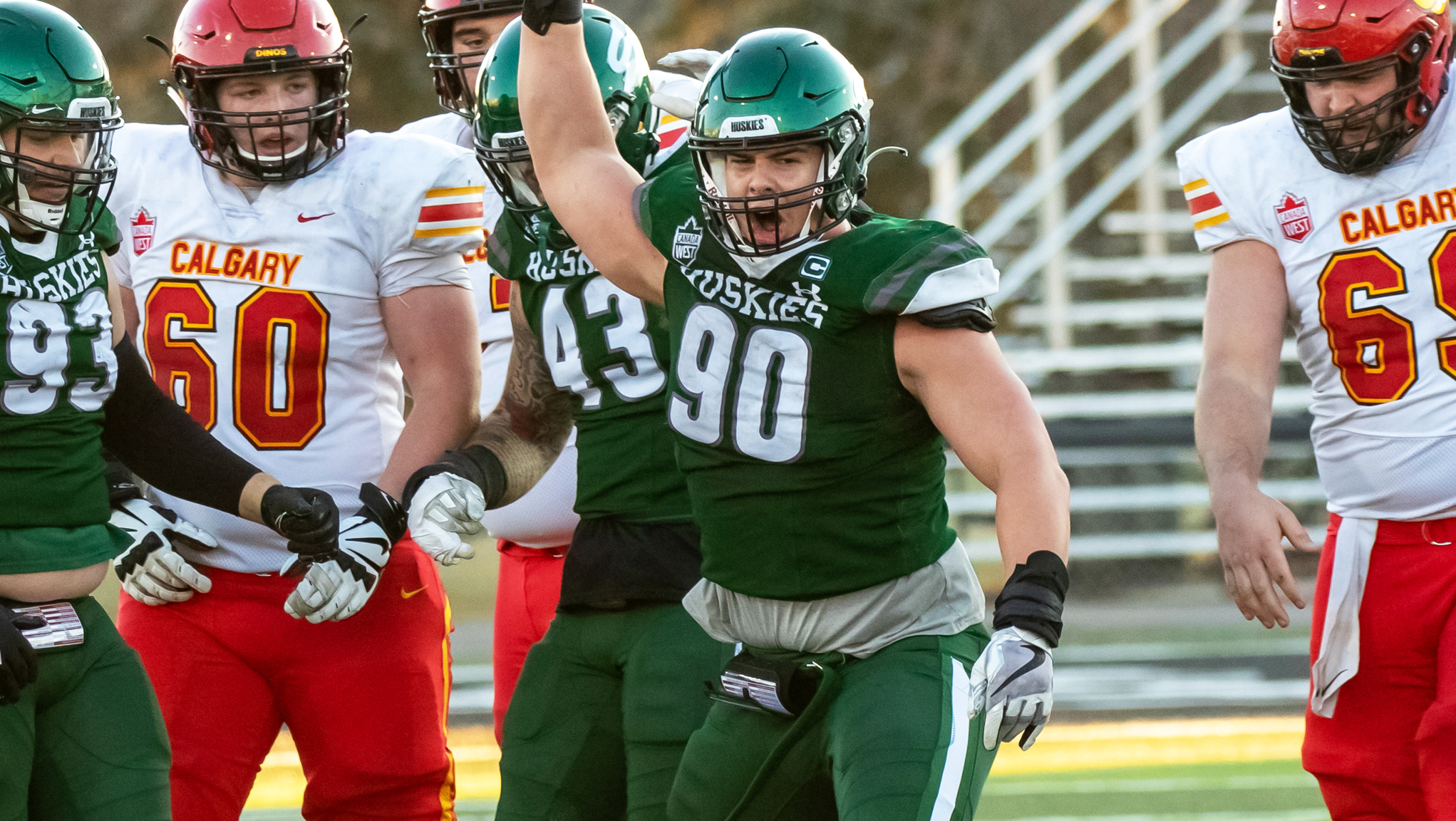 Cherry (round one, third overall) – Nathan suited up in 30 games over the last three seasons with the Saskatchewan Huskies, racking up 37.5 total tackles, 12 tackles for a loss and 10 sacks.

The six-foot-three, 245-pound Cherry earned U SPORT first-team All-Canadian and Canada West All-Star honours in 2021 while also helping the Huskies win both the Hardy Cup and Uteck Bowl last season. Cherry is also the first ever Huskies defensive lineman to go in round one of the draft.

Archibald (round three, 23rd overall) – A two-time RSEQ All-Star selection, the Montreal native recorded 66 combined tackles, 10,5 sacks, five forced fumbles and a pair of fumble recoveries in 28 games with McGill from 2017-2021. Archibald was also selected to play in the East-West Bowl in 2021 and won the Vic Obeck Trophy as McGill’s most improved player.

Varga (round three, 29th overall) – The versatile linebacker appeared in 21 contests over four seasons with the Regina Rams. Along with racking up 91 combined tackles, 14 tackles for a loss, two forced fumbles and a pair of fumble recoveries, the Regina native was a 2021 Canada West All-Star and also earned an invitation to the College Gridiron Showcase early this year. Varga also earned Academic All-Canadian honours four straight years.

Greene (round four, 32nd overall) – Greene attended St. Mary’s from 2018-2021 and registered 37 combined tackles, one interception and a fumble recovery in 20 total appearances. Voted to the 2021 East-West Bowl, Greene also served as a defensive captain for the Huskies.

Pickett (round five, 41st overall) – Pickett was named defensive MVP of the 2021 Uteck Bowl as the Saskatchewan Huskies upset Montreal. Pickett appeared in 21 contests with Saskatchewan from 2018-2021, racking up 58.5 total tackles, 16 tackles for a loss, seven pass knockdowns, two forced fumbles and a pair of fumble recoveries.

Eveillard (round seven, 50th overall) – After switching from receiver to defensive line, the Gatineau, QC native registered 10 combined tackles, three tackles for a loss, 2.5 sacks and a forced fumble in six contests with the Ottawa Gee-Gees last season.

Wallace (round eight, 68th overall) – Wallace appeared in 15 games over three seasons with the Gee-Gees, racking up 8.5 total tackles, 2.5 tackles for a loss and 2.5 sacks.

Second-round pick Noah Zerr is scheduled to attend mini-camp with the New York Giants while sixth-round pick John Metchie III is headed to the Houston Texans after being selected in round two (44th overall) of last month’s NFL Draft.

The seven signed prospects will be on the field Wednesday for the beginning of a three-day mini-camp with Lions first-year players at Hillside Stadium.