First-year Lion KiAnte Hardin has been one of the league’s early pleasant surprises. The defensive back’s 14 tackles through three games place him top-15 amongst CFL defenders. On top of that, he and Ottawa’s Abdul Kanneh are the only CFL players to record two interceptions.

Although his first CFL interception was a crucial takeaway against Calgary during Week 2 and made the highlight reel on TSN, he isn’t fully satisfied with his performance, yet.

“I did good on some things but there’s something else I need to work on. Every practice, every game, there’s more room for me to improve and get better,” Hardin said.

Just before Hardin made the play in Calgary, the Lions’ defence needed to hold off the Stampeders in the fourth quarter. He read the play from the beginning before he snagged the ball away from Calgary’s Hergy Mayala.

“In that particular play, I basically had the ability to read the quarterback. He kind of looked right first and then stepped open the pocket and went left. He saw the receiver out there over the top and threw the ball. When the ball was in the air I felt like I’m a receiver, too. So I made a play on the ball,” he recalled. 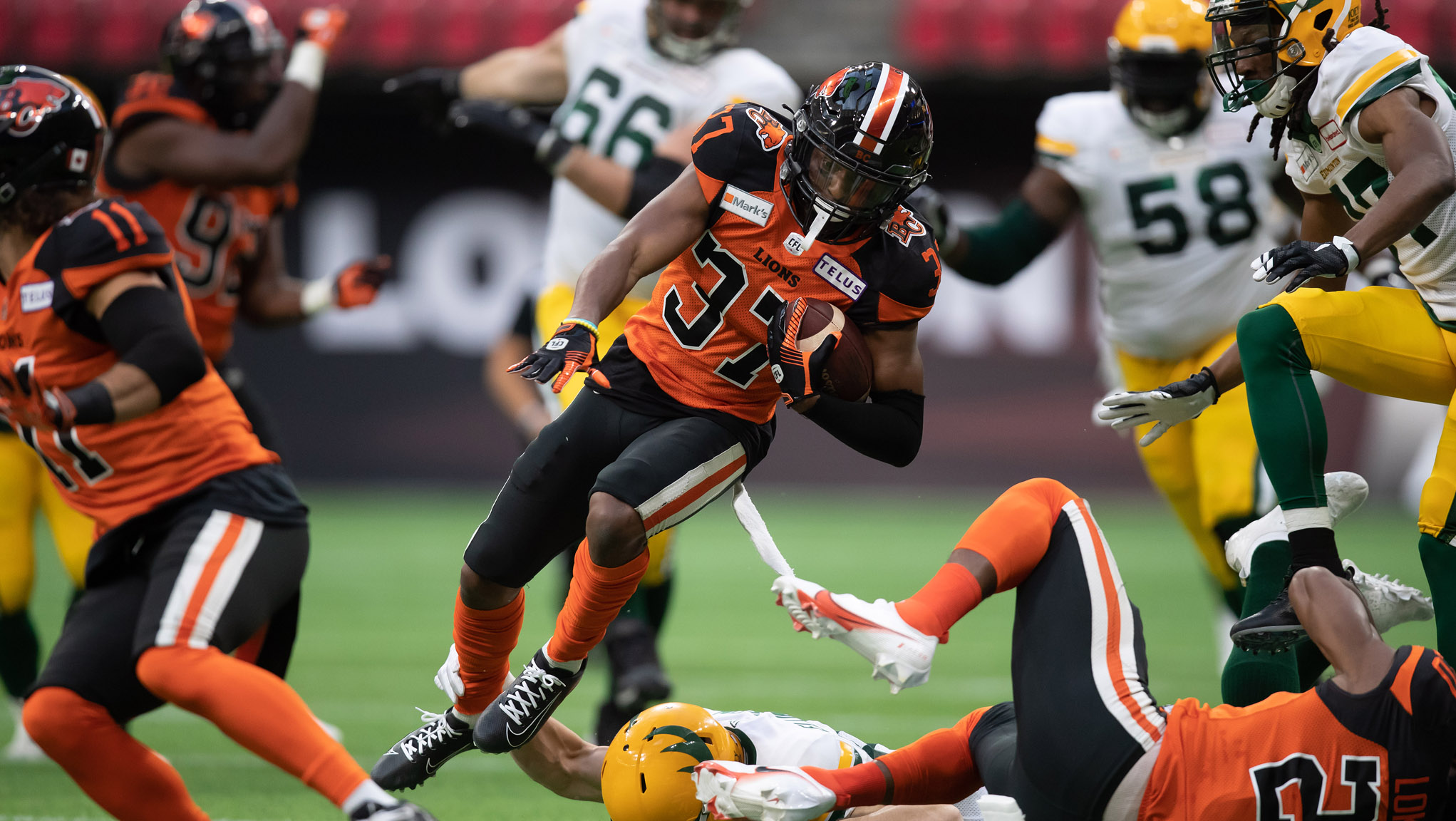 KiAnte Hardin has come into the CFL and picked up a pair of interceptions in his last two games, making him one of just two players in the league to have two picks already (Photo: The Canadian Press)

Hardin came into Kamloops as an unknown entity. He didn’t have any expectations, either. When he trained through 2020 during the pandemic, he tried to take advantage of a few opportunities like the San Francisco 49ers’ mini-camp and working out with his friend, Trystan Colon-Castillo, who plays centre for the Baltimore Ravens. Then he received a call from the Lions to earn a spot at training camp this year.

Hardin showed flashes and great impressions during camp and earned himself a place on the Lions’ secondary.

“I think everyone strives to be the best and it’s kind of what I do. And I have some good guys around me. My roommate, Nydair Rouse and all the other rookies, we push each other. Even the ones who don’t play, they literally show me things I do wrong and try to correct me or help me,” Hardin said.

“I soak it up like a sponge. I know everyone is a pro, whether they play or not, I take whatever information they give and try to get better.”

The Missouri native played at the University of Minnesota for one season and transferred to Pittsburgh State for the remainder of his college career and had no prior knowledge of the CFL before coming to Canada. Although he’s adjusting just fine to the different rules and a wider field, Hardin said he had plenty to learn from Lions’ defensive back coach, Ryan Phillips.

“I have some good veterans that helped me like GP [Garry Peters] and T.J. [Lee] and coach RP obviously played in the league for a good amount of time so I try use all those references that I have,” Hardin said.

Last week during Lions’ 2021 home opener against the Edmonton Elks, Hardin went head-to-head with one of the best pass-catchers in the league, Greg Ellingson in numerous situations. Although Hardin managed to give the Lions a boost in the first quarter when he picked off Trevor Harris, the Elks took control and walked away with the win.

Hardin is his biggest critic. He rated his performance subpar, only because of that interception.

“I left some plays out on the field that I wish I could’ve made. The CFL field is wider, there’s not going to be a sideline to help you out. You must keep running and just play the receiver better. Don’t get so caught up in looking back at the ball because you might kind of drift inside more instead of playing on the ball,” he said.

The Lions’ secondary, led by Lee and Peters has the right group of supporting players like Hardin and Marcus Sayles, who have 15 defensive stops and one interception through Week 3.

“All of the DBs get along. Like Bejour [Wilson], Jalon Edwards-Cooper, Marcus, and Vic [Victor Gamboa],” Hardin said.

Another top defensive player, rookie Jordan Williams, is currently second in the CFL with 20 tackles. The talent is there for the Lions and they’ll now look to execute against Ottawa in back-to-back games with a bye week in between.

Hardin has never played against a team two times in a row in his career. He and the Lions want to fly back from Ottawa with smiles on their faces before heading into the bye week.

“You want to go into the break with a win and not lose. That kind of leaves a sour taste in your mouth and [you have to] play the same team again,” he said.

“I think that’s something that we as a team are trying to work on is just come out fast and not hold anything back. And I think that’s what our plan is for this first game and then going to bye week feeling happy, feeling good. Then come back to do the same.”