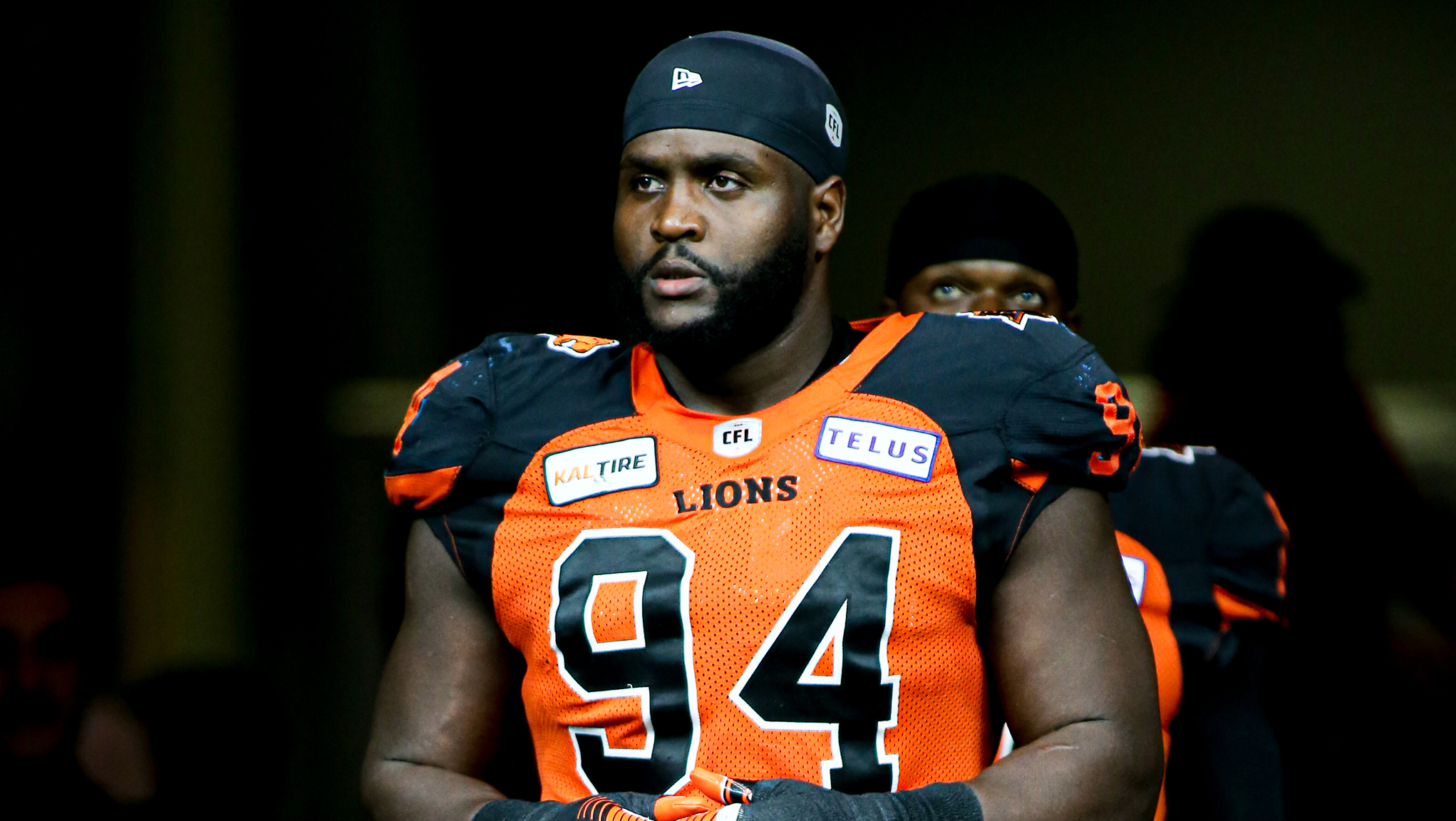 Louis returns to the squad after playing the final two seasons of his career in orange and black. He was the club’s finalist for CFL Most Outstanding Rookie in 2018 after registering 31 defensive tackles and two sacks in eleven games. Louis got his first exposure to the CFL during a training camp appearance with the Hamilton Tiger-Cats in 2017. A non-drafted free agent signing by the Buffalo Bills in 2016, Louis was then picked up by the Minnesota Vikings and suited up in pre-season action that same year.

Born in Haiti and raised in South Florida, Louis attended Fresno State from 2013-15 and earned All-Mountain West honourable mention as a senior after notching 47 tackles and five sacks.

RELATED
» Can the Lions get back on track? It all starts with the O-line
» Breaking down BC’s defence with Rick Campbell
» Leroy Blugh brings HOF credentials to Lions’ D-line

Dyce, a Winnipeg native, enters the coaching ranks after attending the University of Manitoba from 2014-19. As a receiver with the Bisons, Dyce recorded 119 receptions for 1,491 yards and eight touchdowns over 45 total appearances. Dyce ended his Manitoba career with a stellar performance in the Hardy Cup against Calgary, hauling in a 50-yard Hail Mary touchdown before their comeback attempt would come up just short.

Prior to his U SPORTS career, he was a member of the CJFL Regina Thunder in 2013 where he earned Prairie Football Conference (PFC) Rookie of the Year and also helped the Thunder capture the Canadian Bowl with a convincing victory over the Vancouver Island Raiders. Trysten is the son of long-time CFL coach Bob Dyce.