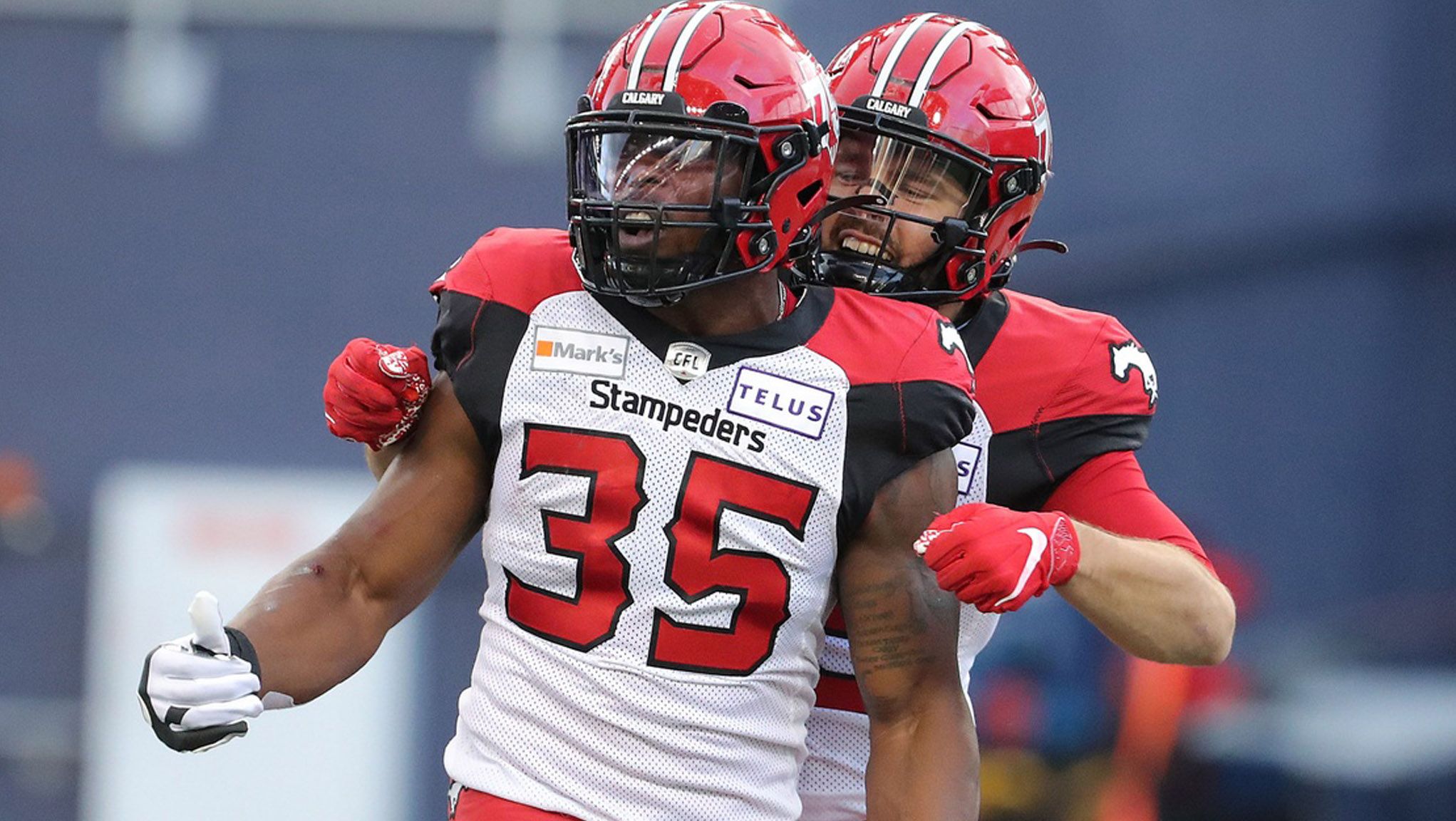 Hello, Bryce Bell. “Get in there and block Willie Jefferson.” Welcome to the CFL, young man.

Here are this week’s takeaways.

THE TICATS HAVE FOUND THEMSELVES A LITTLE BIT

Well, that was much better, wasn’t it, Hamilton fans?

It’s tough to be the darlings of pre-season prognostication, and even tougher when you drop your first two of the season on the heels of being everybody’s favourite. The pressure piles up pretty quick in that scenario.

And with the Ticats looking tremendously ordinary in those first two games, there was a little urgency in the air for them on Friday night, in Montreal.

They answered the call in fine fashion with a pretty decent effort, certainly much better than their showings in games one and two. Looks like they may have found a forward gear. We all supposed that would eventually happen, now we can stop wondering when. Right?

And there’s further good news for a Ticats team attempting to get into an ongoing groove; nothing focuses them quite like a Mark’s Labour Day match with those despised toffs from the paddling club.

BONUS TAKEAWAY: Is there any way the Ticats could get Frankie Williams involved on offence, too? He’s here, he’s there, he’s every-bleeping-where, Frankie!

VERNON ADAMS NEEDS TO FIND HIMSELF A LITTLE BIT

Even if you’re not an Als fan, and as long as you’ve got a sympathetic bone in your body, the sight of Vernon Adams Jr. standing on the sideline, whacking himself on the helmet in self-disgust was a troublesome one.

Inconsistency has been a hallmark of Adams’ career so far, even if a breakthrough 2019 season seemed to indicate he’d arrived more fully and completely.

But 2021 has been unkind to Big Play VA, with targeting problems seeming to be at the centre of it all.

If it’s just mechanics, you know that can be remedied. The possible, bigger problem for Adams and the Alouettes might be that the quarterback’s tendency to be very, very hard on himself could send him off in the wrong direction, psychologically.

The optimistic look at this situation, though, is that if an emotional rescue is needed, you probably couldn’t have a better coach in charge of it than Khari Jones.

REDBLACKS’ Head Coach Paul LaPolice, we know, has the ability to coordinate fun and fruitful offences, as has been his hallmark.

So far, though, Ottawa’s abilities to move the ball forward have borne very little fruit and without fruit, the fun just does not follow. There. A new football adage for you: No fruit, no fun.

While in Winnipeg, LaPolice famously used back-up QB Chris Streveler as a change of pace guy, and he used him at all points during games. Does he have the same kind of ingredient, in Ottawa, in Dominique Davis?

While Davis and Streveler would be different in stature, physically, you have to wonder if the former might not be able to use his legs to loosen up opposing defences while every once in awhile launching a bomb downfield, just in case they’re napping on that.

“We have a lot of things we have to evaluate what we can do better as an offence because this is unacceptable,” said LaPolice, after the REDBLACKS managed all of four field goals against the Lions.

Worth a try, this Davis gambit, ain’t it? Because right now, Ottawa’s offensive orchard is looking a little spindly.

NOT ALL LOW SCORING GAMES ARE BORING

We sometimes draw cheap conclusions on the entertainment value of a game based on how many points were scored.

Sunday’s Winnipeg win over Calgary was just such a game; Bruising runs by both Winnipeg’s Andrew Harris and Calgary’s Ka’Deem Carey. A number of terrific catches mixed in with frustrating and perplexing drops. The drama of Willie Jefferson versus Ucambre Williams. Mike Rose’s dominating d-line performance, one he peppered with a little lapse in discipline.

On top of that, we had the drama of not one but two, crucial, late field goal attempts. Well, three attempts really. Rookie kicker Marc “Leggz” Liegghio and the Bombers provided us with a bonus takeaway when his first game-winner attempt sailed wide, but he got another crack at it because of a time count violation. That takeaway? While two wrongs don’t make a right, two wrongs make three points.

BONUS TAKEAWAY: Jake Maier’s on-field poise has been shown to be remarkable. His on-camera poise? Even more so. I sort of of expected him to end his halftime interview by looking directly into the camera and saying “Jake Maier, TSN Sports, Winnipeg. Now, back to Rod and the panel.”

IT’S IN HIS ARSENAL

Running back Sean Thomas-Erlington sailed high, high over Montreal defender Greg Reid during the late stages of Hamilton’s win on Friday night. We’ve seen hurdles over the years, but maybe none quite so high as that. Check that guy’s helmet for helium.

“It’s in my arsenal,” he said with a sly smile, post-game.

Sadly, we were robbed of seeing the rise of STE in 2019, when his season was ended by injury, early on. He seemed on the brink of domination, Andrew Harris style, perhaps. While he may scare the living you-know-what out of you when your team plays the Ticats, you gotta want to see this guy perform, generally.

This season, we might finally get a look at the full “arsenal.” What other super powers are in there?

Time-shifting capabilities? Wolverine claws? Judo chops? The ability to plug in a USB cable right side up on the first try every time?

AND FINALLY… Darnell Sankey once had 27 tackles in a single game in college? TWENTY-SEVEN? What was the opposition strategy? “Find their middle linebacker and run over to him so we can tire him out”?