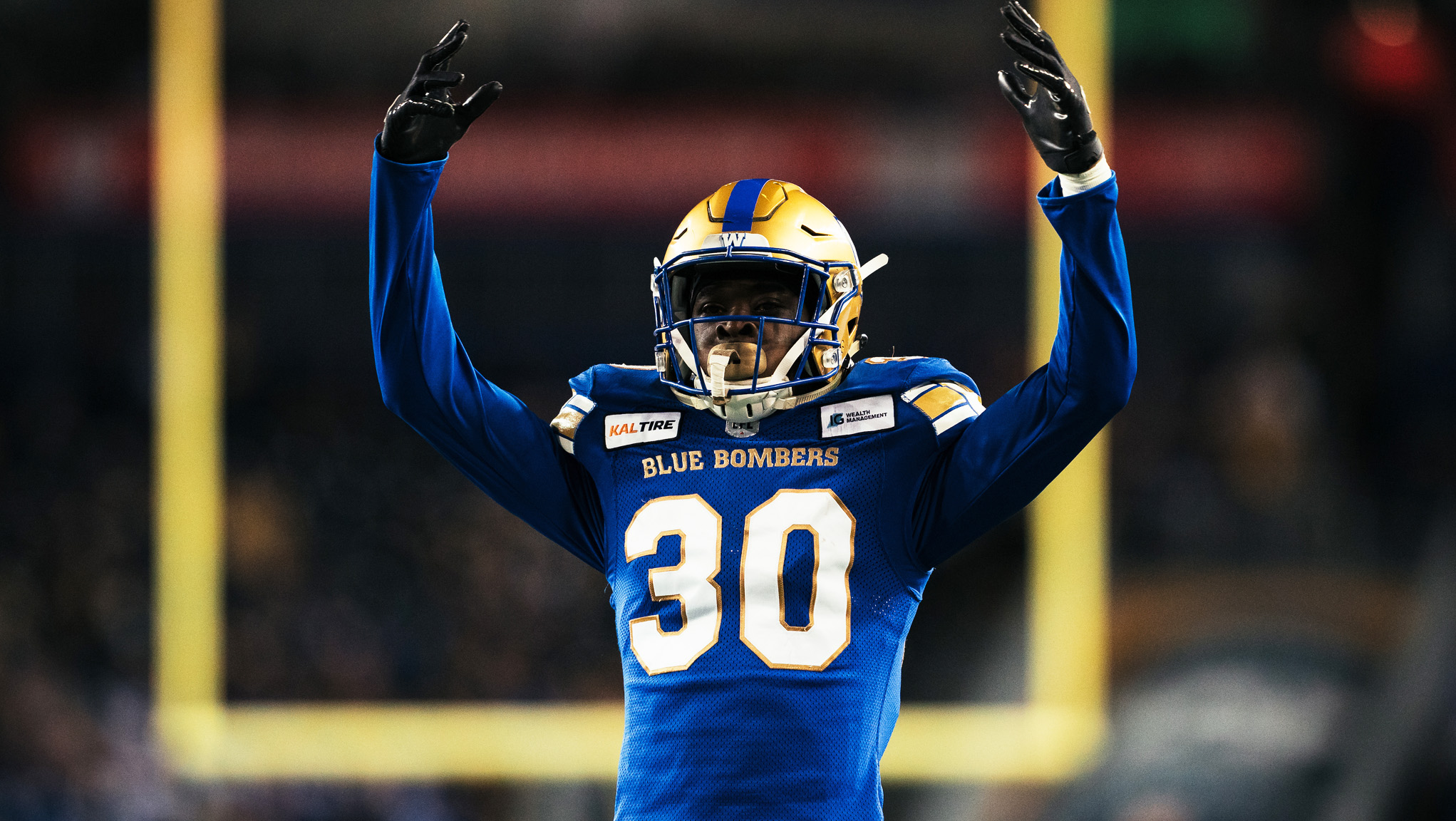 In Winnipeg, in Calgary and in Saskatchewan, extra fortifications have arrived. And all of them have sparkling CFL pedigrees.

With the signings of defensive back Winston Rose and placekicker Sergio Castillo, the Winnipeg Blue Bombers have made their mountain a little higher, the slope that opponents need to scale in order to defeat them a little more steep.

The Castillo signing stands to reason, even if current Winnipeg kicker Ali Mourtada did enjoy a bounce back effort in last Friday’s win over Edmonton, going four-for-five in field-goaling and two-for-two in extra-pointing.

RELATED
» Bombers agree to terms with DB Winston Rose
» Back in the Saddle: Tre Roberson returns to Calgary
» Winnipeg acquires Sergio Castillo in trade with Lions

All season long, the only thing that observers have really been able to point to as a possible Achilles heel for the Blue Bombers has been the kicking game, with the feeling of automatic upright splitting no longer present, exiting with the retirement of Justin Medlock.

What if, Bomber fans worried, missed field goals were to come back to haunt the team against tough opponent, in a tightly-contested playoff game?

With Castillo, a 2019 CFL All-Star, aboard, those worries seem taken care of. A necessary repair has been made.

But what about the defence and the signing of Rose, another 2019 CFL All-Star, at corner?

You could accuse the Bombers of piling on here, with this season’s edition of the defence standing as the undisputed champion of all CFL defences, regularly holding the team in games where the offence has found a little trouble in getting some early traction. Beyond that, it’s a defence that has been an absolute nightmare for opponents, from its dominating line, through a linebacking corps spearheaded by Adam Bighill in perhaps his best ever season, and into a secondary that has accounted for nine of the team’s league-leading 12 interceptions.

The Bombers are the showy, cottage country next door neighbour. The one with the speedboat on a trailer parked in the driveway because there’s no room for it along the dock because their pontoon boat and three jet skis are bobbing there. And whose second car is a high end luxury sedan, the first being a two-seater sports car, naturally. The neighbour who waves to you from their giant in-deck hot tub. Now they’ve added a second hot tub, for cryin’ out loud, at the back of the yard because they needed one closer to the boathouse because that’s where the sauna is.

That’s what the signing of Winston Rose is. A second hot tub.

Over in Calgary, a defence that’s coming off its best performance of the season – after suggesting strongly with it’s previous three or four performances that it was coming – adds a familiar face, one that belongs to another one of the dominant DBs of the previous two seasons, Tre Roberson.

Roberson, obviously, enjoyed his time in Calgary, suggesting before it happened that his signing was imminent, when he wrote on Twitter: “The grass ain’t always greener on the other side. I miss it.”

Sure. The guy had a lot of fun during his first two seasons in Calgary, including being named a CFL All-Star in 2019. Roberson, like Rose, is someone who finds the ball fairly regularly, hauling in seven interceptions in 2019 (Rose had nine). Once in awhile, for added fun, Roberson would elevate and block a field goal at a crucial moment.

The Stampeders’ defence was already ignited, and heading straight up. Now, it gets a second-stage booster rocket with the addition of an excited Roberson, and the sky is no longer the limit. Just in time for the playoff push.

Calgary and Winnipeg have, obviously, just made each of their formidable defences even better.

But what about another team in the upper West mix at the moment, the Saskatchewan Roughriders? What familiar, superstar name, returning to the CFL after three years away, can help keep them in the fray?

In order to compete, and this is no secret, the ‘Riders have been needing some help on the other side of the ball, particularly in the deep passing game. Enter – or I should say re-enter, rather – The Duke.

When last we saw D’haquille Williams in the great northern league, he was dazzling with his propensity to emerge victorious in the category of contested catches, often referred to as “50-50 balls.” That just so happens to be the exact area in which the Roughriders’ offence needs assistance.

In two years with Edmonton, Williams fast became a standout, being named a CFL All-Star in 2018, in a season where he hauled in 88 passes for 1,579 yards and 11 touchdowns. And when you consider that the Riders are also getting injured star receiver Shaq Evans back on the active roster – after playing only two games this season – that offence is about to get a big, big October boost.

In Saskatchewan, optimism is firmly in place. Well, expectation is at least.

The drama builds. And adding to it are some characters who are re-entering the stage at a crucial moment.

Welcome back, familiar faces. It’ll be good to see you do your thing again.