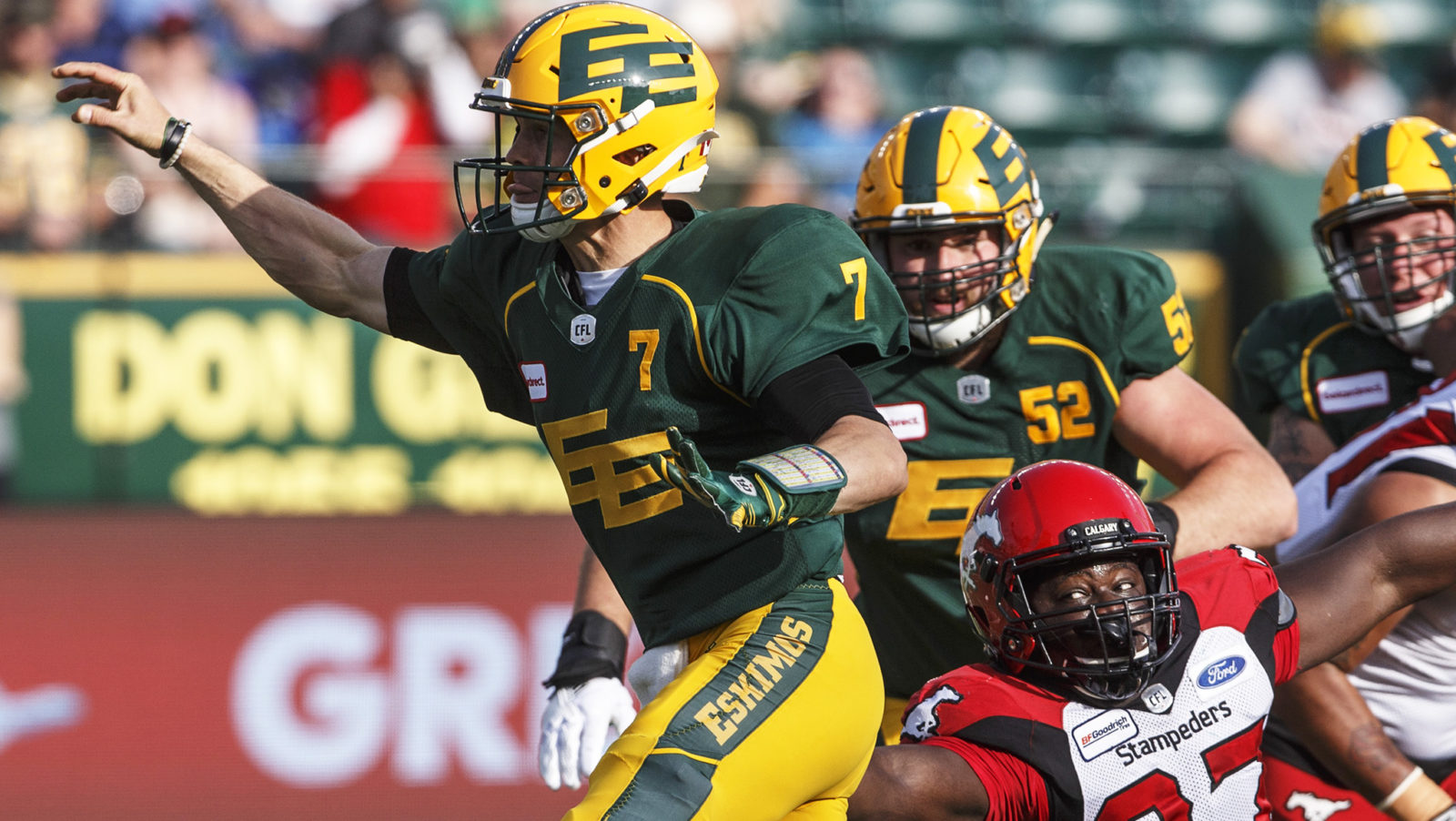 TORONTO — Mark’s Labour Day Weekend is one of the weekends that fans and players alike have circled on the calendars when the CFL schedule is released.

There’s something about a heated rivalry game that gets everyone’s blood pumping and adrenaline rushing.

Things are just as exciting the following week when the teams meet again; some with revenge on their minds and others with the hopes of carrying the momentum of a win from the week prior.

During the week of Labour Day Weekend rematches, fans are treated to the Banjo Bowl, where the Winnipeg Blue Bombers host the Saskatchewan Roughriders, and sometimes the foes along the QEW, the Hamilton Tiger-Cats and Toronto Argonauts, meet for the second match of a home-and-home.

And then there’s the Battle of Alberta, where the Calgary Stampeders visit the Edmonton Football Team in the second meeting in two weeks.

RELATED
» Stars around the league debate the best trash talker
» Jefferson: ‘I miss the Labour Day Classic so much’
» Six most memorable Mark’s LD Weekend moments

This weekend would have been Week 14 on the CFL schedule and would have featured a double header of rematches on Saturday. Things would have started in Winnipeg with the Banjo Bowl followed by the Battle of Alberta later that evening.

Dating back to 2011, Calgary and Edmonton have met every year for their Labour Day rematch. The Stampeders have won all but two of those games, holding a 7-2 record.

Last year, Bo Levi Mitchell led his Stampeders to a 33-17 victory over Edmonton while also setting a franchise record for most wins by a quarterback. That win gave Calgary a 7-4 record, good for second in the West Division.

2018’s Labour Day rematch between these two was the highest scoring in recent memory as Mike Reilly helped lead Edmonton to victory. Reilly put on an offensive clinic at Commonwealth Stadium, throwing for 391 yards, scoring six touchdowns (three through the air and three on the ground) and tossing one interception.

Despite Edmonton leading by 20 points entering the final frame, Mitchell and co. nearly pulled off a comeback. The Stamps’ pivot found running back Romar Morris twice in the final 15 minutes, narrowing the deficit to 48-42, which would end up being the final score.

In 2017, the Stampeders walked away victorious, as Mitchell led a 69-yard touchdown drive in the game’s final two minutes to secure his team’s seventh-straight victory. Calgary defeated Edmonton 25-22.

It was an instant classic in 2016, as the teams needed overtime to decide a winner. The Stampeders headed into the second half down 17-3 but battled all the way back to send things to the extra frame. Calgary walked away with the 34-28 win.

The year before (2015) was another Edmonton win as Reilly threw for 352 yards and three touchdowns leading his team to a 27-16 victory. Calgary was the victor for all four meetings between 2011 and 2014.

We weren’t able to enjoy rematch games this year after the CFL announced there would be no football this fall and that the league would shift its focus to 2021. Instead, we can reminisce on the past and look forward to the next time we can see these two West Division foes battle it out on the gridiron once again.